Desensitizing drugs( anti-allergic, antihistamines) are medicines that are used in the treatment of allergic conditions. The mechanism of action of such agents is manifested in the form of blocking of H1-histamine receptors. Consequently, the effect of histamine, the main mediator substance, that suppresses most of the allergic manifestations, is suppressed. 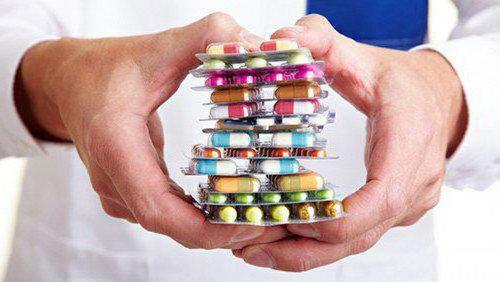 Histamine was detected from animal tissues in 1907, and by 1936 the first drugs were discovered that inhibited the effect of this substance. Repeated studies suggest that it, through exposure to the histamine-receptors of the respiratory, skin and eye system, causes typical allergy symptoms, and antihistamines can suppress this reaction.

Classification of desensitizing drugs by the mechanism of action on different types of allergies: 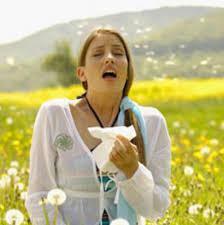 1. Means that inhibit the release of allergic mediators from smooth muscle and basophilic cells, while inhibition of the cytotoxic cascade of an allergic reaction is observed:

5. Inhibitors of the complementary system.

Remedies for the delayed-type allergic reaction 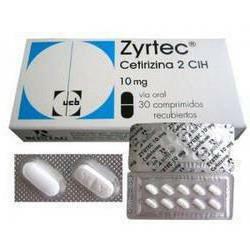 Histamine, synthesized from histidine and deposited in basophils( mast cells) of connective tissues of the body( including blood), in thrombocytes, eosinophils, lymphocytes and bio-liquids plays a huge role in the pathogenetic development of allergy. Histamine in cells is presented in the deactive phase in conjunction with proteins and polysaccharides. It is released due to mechanical cellular defect, immune reactions, under the influence of chemical substances and drugs. Inactivation of it occurs with the help of histamine from the mucous tissue. Activating the H1-receptors, it stimulates membrane phospholipids. Due to chemical reactions, conditions are created that promote penetration into the cell of Ca, the latter and acts on the contraction of smooth muscles. 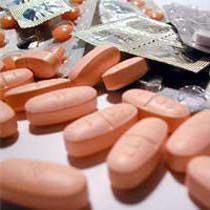 Acting on H2-histamine-receptors, histamine activates adenylate cyclase and increases the production of cellular cAMP, this causes an increase in the secretion of the gastric mucosa. Thus, some desensitizing agents are used to reduce HCl secretion.

Histamine creates a capillary expansion, provides increased vascular wall permeability, edematous reaction, a decrease in the volume of plasma, which leads to a thickening of blood, a decrease in pressure in the arteries, a contraction of the smooth muscle layer of the bronchi due to irritation of H1-histamine-receptors;increased release of adrenaline, increased heart rate.

By acting on the H1-receptors of the endothelium of the capillary wall, histamine releases prostacyclin, which facilitates the widening of the lumen of small vessels( especially the venules), the deposition of blood in them, the drop in the volume of circulating blood, thereby releasing plasma, proteins and blood cells through the expanded interendothelial wall spaces.

Since the fifties of the 20th century.and up to now, desensitizing preparations have been amenable to repeated changes. Scientists managed to create new drugs with a smaller list of adverse reactions and greater effectiveness. At the present stage, there are 3 main groups of antiallergic drugs: first, second and third generation.

First generation desensitizing agents pass easily through the blood-brain barrier( BBB) ​​and are connected to the histamine-receptors of the cerebral cortex. This desensitizers contribute to sedative effect, both in the form of a slight drowsiness, and in the form of a sound sleep. Medications of the 1st generation additionally affect the psychomotor reactions of the brain. For the same reason, their use is limited to different groups of patients. 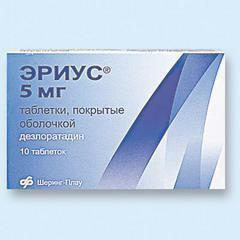 An additional negative aspect is also a competitive effect with acetylcholine, because these agents can interact with muscarinic nerve endings, like acetylcholine. So, in addition to soothing action, these drugs lead to dry mouth, constipation and tachycardia.

Desensitizing the 1st generation is cautiously prescribed for glaucoma, ulcers, heart diseases, and in combination with antidiabetic and psychotropic drugs. They are not recommended to take more than ten days because of the ability to lead to addiction.

Desensitizing agents of the 2nd generation

These drugs have a very high affinity for histamine receptors, as well as a selective property, without affecting muscarinic receptors. In addition, they are characterized by low penetration through the BBB and are not addictive, do not produce a sedative effect( sometimes, some patients have mild drowsiness).

At the end of taking these medications, the therapeutic effect can remain for 7 days.

Some have both anti-inflammatory effect, cardiotonic effect. The latter drawback requires monitoring the activity of the cardiovascular system during their admission.

New generation desensitizing preparations are characterized by high selectivity to histamine-receptors. They do not cause sedation and do not affect the work of the heart and blood vessels.

The use of these drugs has proven itself in the long-term antiallergic therapy - the treatment of allergic rhinitis, rhinoconjunctivitis, urticaria, dermatitis.

Antiallergic agents for children who belong to the group H1-blockers, or desensitizing drugs are medicines intended for the treatment of allergic reactions in the child's body. In this group, medicines are distinguished:

Preparations for children - I generation

What are desensitizing drugs? The list is presented below: 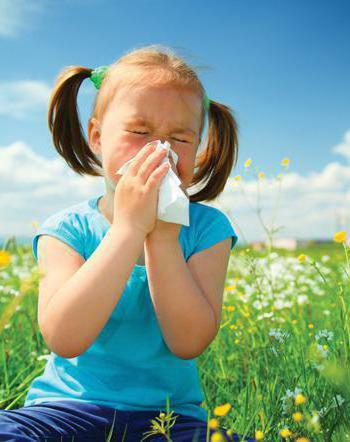 • "Fenistil" - is recommended for children over one month in the form of drops.

• "Suprastin" - is older than one year. Up to a year is prescribed solely in the form of injections, and exclusively under the medical supervision of a physician.

• Fenkarol is over three years old.

• "Clemastin" - over six years of age, after 12 months.in the form of syrup and injections.

• "Tavegil" - over six years of age, after 12 months.in the form of syrup and injections.

The most common desensitizing preparations of this type:

• Zirtek - over six months old in the form of drops and over six years in tablet form.

• "Erius" - older than one year in the form of syrup and over twelve years in tablet form.

Desensitizing preparations of this type include:

• "Terfenadine" is over three years old in suspended form and over six years of age in tablet form.

We hope that this article will help you find the right choice when selecting antiallergic drugs for a child's organism( and not only).However, it should be noted that before using such medications, it is necessary to read the instructions, which you can understand with the question: "Desensitizing drugs - what is it?".You should also seek medical advice.