At a time when a woman is in an interesting position, her health should be taken care of especially carefully. During pregnancy, women can face a wide variety of problems. All for the simple reason that the body works with a double load. Often, future mothers face colds, hormonal imbalances and other pathologies. Often, the digestive system may be disturbing. One of the drugs used in this situation is the drug "Bifiform".

In pregnancy, all medicines must be taken only after consultation with the doctor. Otherwise, complications or negative effects on the baby may occur. This article will tell you about the instructions for use attached to the Bifiform preparation. The price of the medicine and its substitutes will also be presented to your attention.

How to correctly use the drug "Bifiform" during pregnancy, you will learn a little later. To begin with, it is worth giving a definition of this medicine and say about its composition. The drug "Bifiform" is a complex of useful microorganisms that affect the microflora of the intestine and form it. The medication is available in the form of chewable tablets or capsules for oral administration. Also in the pharmacy chain you can buy powder for the preparation of a suspension and a drop.

The composition of the described agent includes lactobacilli and bifidobacteria. It is this combination that is necessary for the human body. Depending on the choice of the type of drug you can get more and additional components. 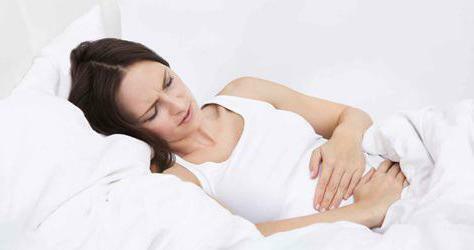 Is it possible to take this medication during the period of gestation? As you already know, before using any medication in such moments of life it is worth consulting with a doctor. Most drugs are contraindicated for expectant mothers at any time of pregnancy. Doctors strongly do not advise to carry out a correction of a disease on their own. However, they often prescribe the drug "Bifiform" during pregnancy. Can I use it? Physicians give an affirmative answer to this question. Doctors say that the medication is safe and not capable of harming the future mother and her unborn baby.

Abstract says that "Bifiform" is allowed to use during pregnancy. The drug has its activity mainly in the digestive tract and is not absorbed into the blood. Consequently, the active substances can not penetrate the fetus and somehow harm it.

The described agent normalizes the intestinal microflora, helping the future mother to cope with constipation. As a result of such correction, a representative of the weaker sex can avoid the appearance of hemorrhoids. Also, the medicine strengthens the body's immune defenses, cleanses the intestines from toxins. With regular use improves digestion, vitamins, and useful substances are absorbed in full. 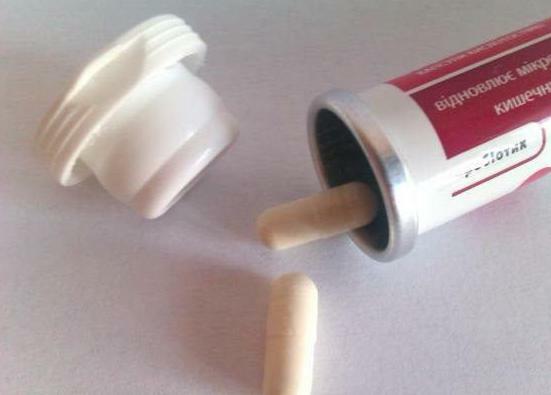 Indications for use and dosage

When do medics recommend the use of the described agent? In pregnancy, the drug is prescribed for gassing, flatulence, bowel disorder of various etiologies. The medication is indicated for future mothers with reduced immunity, as well as for women prone to varicose veins and the formation of hemorrhoids.

The capsule "Bifiform" is accepted before meals. Usually, doctors do not change the dosage of the drug, which the instruction says. The frequency of use of the drug is 2-3 times a day. Before taking the medicine, be sure to study the information, which is reported on the drug "Bifiform" instructions for use.

The price of the preparation

Depending on the type of drug its cost may vary. Also the region of your residence plays a role. During pregnancy, doctors try to prescribe medication in the form of capsules. This is the most convenient way to use the drug for an adult. A medication in the amount of 30 capsules costs between 400-500 rubles. 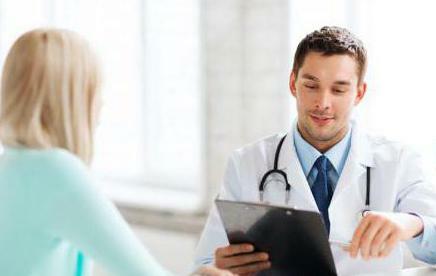 Analogues of the described

tool Frequently, consumers have a question about what to choose - "Bifiform" or "Linex".Answer it clearly can not. Both drugs are an additive to food, which helps to normalize the intestinal microflora. However, the "Linex" facility has a rather expensive cost. Consumers often choose exactly the drug described above.

If we are talking about what is better to choose for a future mother - "Bifiform" or "Bifidumbacterin," doctors try to prescribe the first drug. It contains a complex of useful bacteria. The drug "Bifidumbacterin" does not have lactobacilli. This is his drawback. However, consumers say about the attractive price of this medicine, which is about 100 rubles per package.

Another analogue of the described medicine can be called "Acipol".This drug is often prescribed to babies from three months of life. Therefore, doctors like to prescribe it to future mothers. 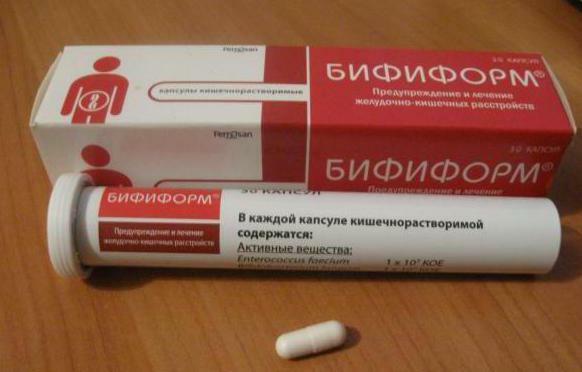 If we talk about the cost of the described drugs, then "Bifiform" will occupy the middle place. The cheapest was "Bifidumbacterin".After it goes the method described in the article. Concludes the list of drugs "Lineks."

To properly choose the drugs for correction of the intestine, you need to see a doctor and take some tests. Remember that during pregnancy self-medication is unacceptable and very dangerous! Good health to you!