There is such a belief that a newborn baby has smooth fingers and palms. When he gets older, the curls and lines become noticeable on them. The more you have to overcome obstacles in life, the more difficult these patterns will be.

In fact, papillary patterns are formed in the fetus as early as week 12.They appear when the nervous system is laid. Features of the temperament and nervous organization of a person really depend on the characteristics of such drawings. 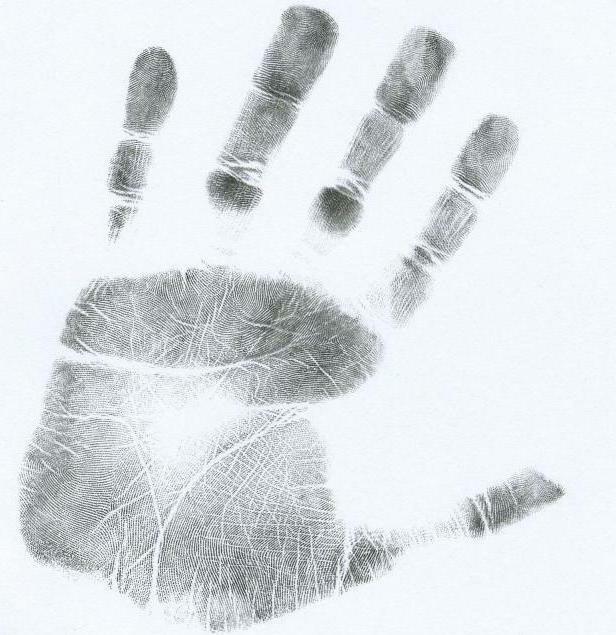 Papillary patterns are linear elevations of a small width and height, which, curving, are intertwined in a variety of patterns that are located throughout the palm of your hand and separated by small furrows.

Features of the structure

Our skin covers three main spheres. This is the upper( epidermis), dermis( actually the skin) and subcutaneous fatty tissue.

The dermis consists of a mesh and papillary globe. The latter are elevations of different shapes and heights. Some parts of the body are covered with smooth skin, others consist of linear elevations in the form of scallops( papillary lines).From such lines papillary patterns are formed. They are covered with palms and soles of the feet of a man. 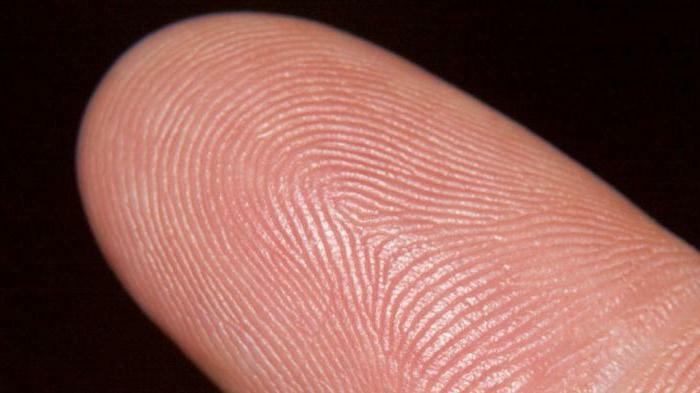 Scallops are the details of such drawings and can tell an experienced fingerprintingist about the type of neonatal nervous system. Some properties of papillary patterns can warn about abnormalities of the baby's development.

In addition, everyone knows the abilities of people who study palmistry, predict the future on the lines on the palms.

Drawings on the palms are a kind of genetic cipher, unique for each person.

By type you can distinguish such papillary patterns: arc, loop, curl.

Similar drawings are the simplest. They are made up of two streams of papillary lines that originate at one end of the finger and end at the opposite end. The middle is made up of arc-shaped figures. Such patterns do not have an internal pattern. They do not even have deltas. 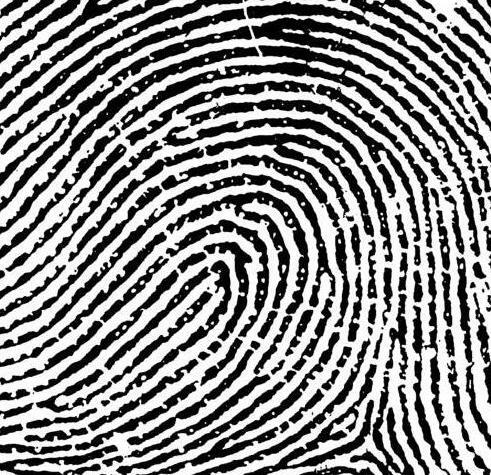 There are such types of papillary arc patterns:

This type of pattern is often encountered. It consists of three streams of lines that have a beginning at the extreme part of the pads of the fingers. Folding the loop, the lines return to their beginning. Loop patterns form a series of loops, which are located one in the other. The center of such a drawing should be a completed loop head or a full loop. 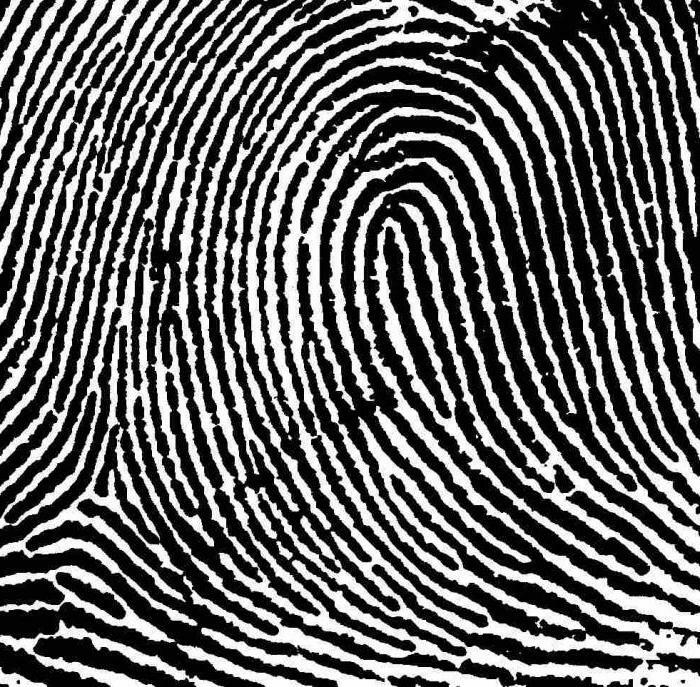 On the pads of the fingers you can see the center and the delta. The center is the area in which the papillary lines are turned. In the delta area, all flows merge. The most concave part of the loop was called the head. It has a peak at the point of rotation of the scallops. The lines that diverge are the legs.

Patterns are divided into simple, closed, curved. In addition, distinguish between parallel or double, false-curl patterns.

Depending on where the stalk legs look, they can be radial, ulnar. In the first case, the legs are directed to the thumb, in the second - to the little finger.

If the loop head moves to the edge, it means that the pattern is not rolled and is not classified. The direction of the legs of the loops can be different.

They are made up of curls that are formed from three streams of lines directed towards each other. The finger pad has two deltas located on both sides.

The shape of the curls can be different. It can be an ellipse, an oval, closed and open spirals.

These kinds of papillary patterns are quite rare. There is an opinion that a person who has such patterns is highly talented and gifted. 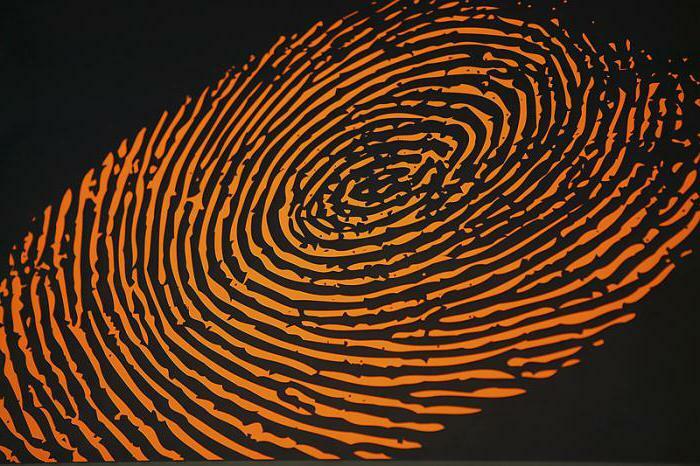 Papillary patterns are characterized by such properties:

Such qualities are indispensable for fingerprint research, they help to identify a person. 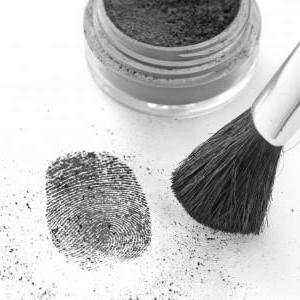 Palmists, studying the lines of fingers and palms, learn much about the person, his present and future, although this is considered more fun. But even in the official medicine, papillary hand patterns are used to determine the state of human health.

Even if the changes in the drawings do not occur, but you can notice the strengthening of some details. For example, you can notice a thickening of the scallops, an increase in the tubercles on the palms, a tightening of the papillary lines.

The handprint, depending on the method of formation, is volumetric or superficial, colored or colorless, small-scale or invisible, static or dynamic. At the location - local and peripheral.

3D traces are called 3D traces, which are the result of the contact of the palms with plastic surfaces. Such traces remain on oil, cheese, plasticine, icing surfaces, etc.

A surface trail on a solid surface occurs when the trace material is peeled or layered. There is a colorless and colored, mala-like and invisible trace. 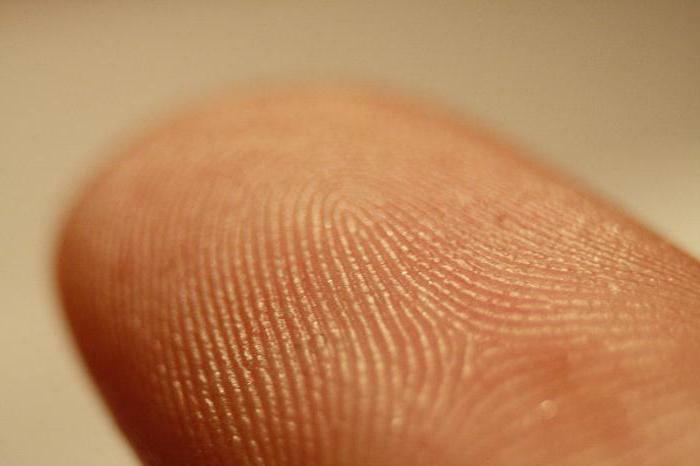 A static handprint is formed at rest when there are no object movements. Such prints give the most accurate representation of the external structure of the object that left the trail( footprints on the ground, fingerprints on the glass).

Within the boundaries of the interaction of surfaces that are in contact, a local imprint appears. The peripheral trace is the result of a change beyond their boundaries.

Character and patterns on the palms of the

There are many combinations of papillary patterns, and they can not be studied even by experienced palmists or fingerprintists.

But some types of papillary patterns can tell about the temperament of a person.

Special attention should be paid to the thumb pad: if it has a radial loop, this indicates that the person is temperamentally choleric. The main features of his character - this is the desire for leadership, the ability to bring everything to the end, high intelligence, rapid change of emotions. If such a pattern is observed in a woman, then she has masculine qualities.

The presence of an ulnar loop on the small pads of the thumbs indicates the openness of the person, the ability to adapt to any team and any situation. An unnamed finger with the same pattern is a sign of talent.

The ulnar loop on the index finger indicates that the person is a sanguine person, has the ability to adapt to circumstances or change them in his favor. Pleasant in communication.

A little finger with a similar pattern is a good sign. A person is able to find a way out of any situation.

Those who have curls and spirals on the palms are unpredictable. Single points indicate the ability to bypass difficult situations. Deep, in the form of a funnel, it is said that a person has a complex psyche, and unraveling it will not be easy. Spiral curls are a sign of heightened sensuality.

The direction of the scallops helps to determine who is in front of you - an extrovert or introvert. If the scallops are tending to the inner part of the palm with their legs, then the person seeks solitude. In the opposite case, if the legs are scalloped toward the little fingers, you have an extrovert before you.