Ointment that draws pus. Ointment for drawing pus and healing the wounds

Having discovered a festering wound or abscess, many are rushing to the pharmacy for special preparations that can draw pus. In this situation, Vishnevsky ointment or ichthyol ointment is often used. Naturally, the question arises: which drug is better? 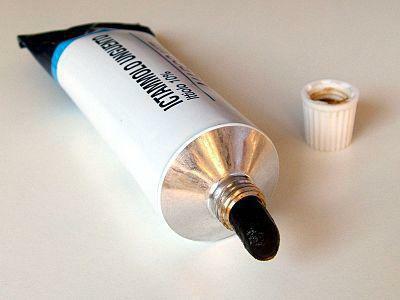 This ointment, which draws pus, is sold in almost every pharmacy. You can buy it without a doctor's prescription. The drug is used exclusively for external use and belongs to the group of antiseptic medicines. Ichthyol ointment has a pronounced anti-inflammatory and analgesic effect. Also the composition has antiseptic effect.

It should be noted that the main component of the drug after application is not able to penetrate the systemic bloodstream. What makes ichthyol ointment, which draws pus, is safer.

When does the composition help?

Ichthyol ointment has many properties. But the most important thing is the ability to pull pus and disinfect wounds. That, in turn, significantly speeds up the healing process. Use an ointment with many damages to the skin and joint pain, but only as a local therapy. The drug is effective in:

Ointment that draws pus from the wound is easy enough to apply. When used correctly, the effect is felt almost immediately. Apply the composition exclusively externally. Ichthyol ointment should be applied to the damaged skin in a very thin layer, while it is not necessary to rub the composition. After applying the treated area should be covered with a gauze bandage.

Ointment, which draws pus, begins to work immediately after application. After using the compound, wash your hands thoroughly. Do not let the ointment get on the mucous membranes and eyes. Duration of therapy and dosage is usually prescribed by the attending physician to each patient individually. As a rule, adults are prescribed up to three procedures during the day. 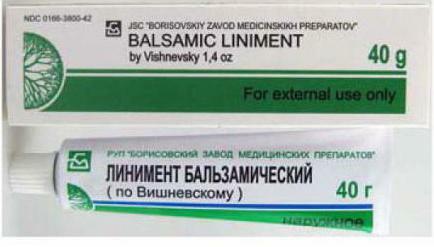 Ichthyol ointment, which draws pus well, like any drug has side effects. Therefore, during treatment it is necessary to take this into account. Usually patients perfectly tolerate this drug. However, in some cases allergic reactions occur. Such phenomena, as a rule, are manifested by urticaria, skin rash and itching.

Side effects usually develop usually with a long-term use of ichthyol ointment or at the very beginning of therapy. When allergic reactions occur, the use of the drug should be discontinued.

In some cases, the use of ichthyol ointment is not allowed. Among the contraindications, the age of children under 12 years, as well as the presence of individual intolerance to any of the components of the composition.

Ichthyol ointment can be used during pregnancy. However, a doctor must prescribe it. When lactation is also allowed the use of this drug. However, it is not recommended to apply ointment to the nipples, as the child can swallow some of the ointment. 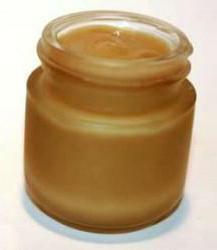 This drug is an ointment that draws pus and has an antiseptic effect. The composition of the drug includes xerobes, tar and castor oil. The drug is used to eliminate boils and abscesses. The drug is able to accelerate the processes of tissue repair as a result of frostbite, burn and formation of pressure sores. In addition, Vishnevsky's ointment, the price of which is not that high, dries up the skin with acne and is used in gynecology to relieve inflammation. It should be noted that the drug is also used for the therapy of trophic ulcers and thrombophlebitis of the legs.

In cases of burns and frostbite, bandages soaked in the preparation help to avoid the formation of scars, and also stimulate the restoration of skin in damaged areas.

When is it appointed?

Ointment Vishnevsky is used in many areas, but most often it is in surgery. Such popularity is associated with the basic properties of this drug. In addition, the use of Vishnevsky ointment avoids undesirable effects. The composition, if used correctly, is not harmful. In addition, this drug is simply irreplaceable and should be in the medicine cabinet of each house. 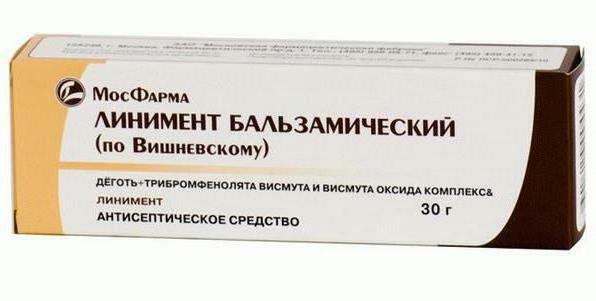 Usually Vishnevsky ointment is prescribed for:

For the treatment of certain diseases of the lower extremities, Vishnevsky ointment, the price of which is only 25 to 60 rubles, is applied to the gauze dressing and then applied to the legs. For greater effect, gauze should be soaked in the composition and secured with bandages.

For burns and frostbite, bandages with a composition are also applied to the damaged areas. Keep such a compress should be until the ointment Vishnevsky completely dry. After this, the dressing should be replaced with fresh.

Vishnevsky ointment is also used in gynecology for the treatment of inflammatory processes. To obtain a therapeutic effect, tampons, previously impregnated with the drug, are used.

It should be noted that an ointment that draws pus from the boil and wounds allows you to get rid of acne. For this, the drug must be applied to the gauze bandage and applied to the most problematic area. It is necessary to keep a compress with Vishnevsky ointment for several hours. To completely get rid of pimples, experts recommend that you conduct such procedures several times a week.

Ointment Vishnevsky, like other drugs, has contraindications. This composition can not be used only if there are individual intolerance to certain components of the drug. This is the only contraindication.

It should be noted that when using Vishnevsky ointment, no side effects occur. This is what makes the drug so popular.