Mud treatment is a popular procedure from ancient times. There are many places in Russia where pelo-therapy is put on a wide scale in sanatoriums, medical centers and balneological resorts. But there are protected areas where a folk path is laid, and the cards mysteriously remain silent about the sources of healing. The healing mud of Lake Pelenkino is known to many who have received on its shores the desired health. This object is distinguished by a complete lack of infrastructure, medical and research facilities. Nevertheless, the fame of it has long crossed the limits of the Azov district of the Rostov region.

Everyone who arrived for the first time on Pelenkin mud tells the legend how the healing power of the lake was discovered. The case was long before the revolution: in 1780 the nobleman Pelenkin was granted land in the area of ​​the Azov Sea, where the Petrovskoye village now formed. One of the horses of the landlord damaged his leg, she was released to grazing and relied on the will of God. If she gets well, she'll come back, and if she does not, she will at least be free.

To the surprise of the villagers and gentlemen over the summer the animal was completely restored. We decided to notice, with the help of what happened a miracle, on which very few people hoped. It turned out that the horse came to the lake, where the smell was unpleasant, the bottom viscous, and stood there, going into the water almost along the chest. Already later, in 1913, the local scribe began to be treated in the mud by gout and defeated the disease in a few years. The name of the lake was due to the name of the master - Pelenkino. Mud therapeutic have been helping for more than a hundred years all suffering.

For a long time, locals and visitors, who knew about the healing power of mud, came to the village and engaged in self-medication. When, after self-appointed procedures in 1923, four people died, it was decided to conduct a study of the composition of mud and water. The received data were unexpected. It turned out that the mud of Lake Pelenkino in composition and properties occupy a worthy place among a number of famous European and Russian resorts.

In 1925 the Soviet government in the person of the city council laid the construction of the sanatorium "Salt Lake".He began to act in the same year. To get to the health resort was easy: from the pier and the railway station they drove by cabs along the paved road. 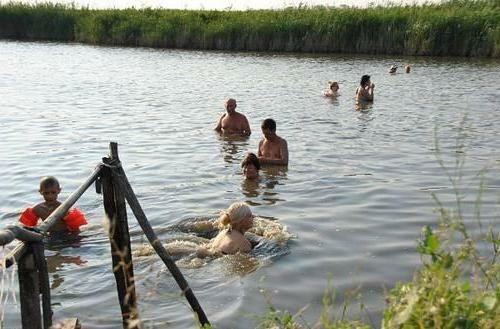 In 1928 the mud bath consisted of two residential buildings, it was equipped with 20 bathrooms and 4 fresh showers, where water was piped from a well located in the village. Also there were 2 courtyards, where dirt was stored, supplied by trolleys, engine room, stables, glacier. In the residential buildings there was an outpatient clinic, an office, staff and resort visitors. The lake itself was divided into "female" and "male" half. Patients were admitted only in the summer months.

The number of beds in the sanatorium was 120 units. The medical profile allowed to provide assistance to patients with metabolic disorders, musculoskeletal system problems, joint pains of various etymologies, paralysis, female diseases( gynecology), skin diseases and many others healed the therapeutic mud of Pelenkino. The effect was tested on a large number of people, for the period from 1925 to 1928, almost 4000 people received treatment there. 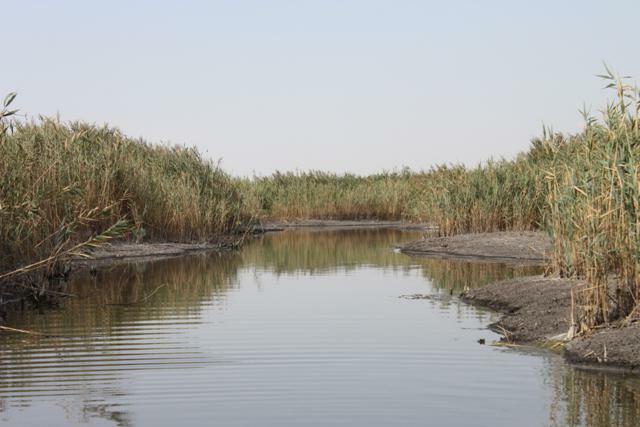 The head, organizer and inspirer of the sanatorium "Salt Lake" was Dr. Volobuev NN.On his initiative, work was carried out on the investigation of the beam, in which the lake is located. The results showed that the mud stock is inexhaustible, the beam itself has a length of several kilometers, where impregnated mud lakes of small size are located. He advocated the transfer of health resorts to the category of all-Union sanatoriums, which would allow expanding the infrastructure, building additional buildings and receiving state funding. The number of healed people could increase significantly, with many diseases it would be possible to cope with the help of balneological methods of treatment on the lake Pelenkino( therapeutic muds).The reviews were given in the newspapers of that time.

For the verdict came the commission, but not having stayed within the walls of the sanatorium and 15 minutes, left, the sanatorium remained under the jurisdiction of local authorities. In 1932, as a result of flooding, the hospital infrastructure was partly destroyed, it was not possible to restore it to the beginning of the season, and the resort did not work. In 1933 there was a shortage of food in the region, and the clinic was not opened again, the equipment was transferred to medical institutions in the city of Azov, the corps was dismantled. A small surge of official interest in the therapeutic properties of mud occurred in 1942 during the defense of the city. Then the wounded from the hospitals of Azov were taken to the lake for health procedures. 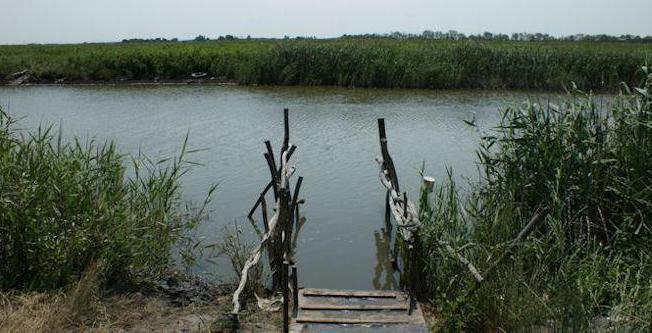 Most visitors come for treatment in the summer, but you can meet the suffering in the off-season, during this period, mainly stocks of mud for treatment at home are made. In the hot months on the banks of the reservoir, the tent streets of Lake Pelenkino grow. Mud therapeutic, reviews about the properties of which collect a large number of people who want to get balneological procedures really help. This was once again proved by the full-fledged exploration of the deposit, which was carried out for the last time in 1928.In the narrow circles of experts, it is asserted that the composition and healing properties have changed little since then.

The basis of balneological recovery includes a set of natural factors, they are in the area of ​​Lake Pelenkino. Mud therapeutic, the composition of which includes iodine, bromine, oxides and nitrous oxide, gypsum, limestone, living bacteria, hydrogen sulphide and other elements, are unique in their effect on the human body."Bouquet" of many dirt and brine set on their feet. 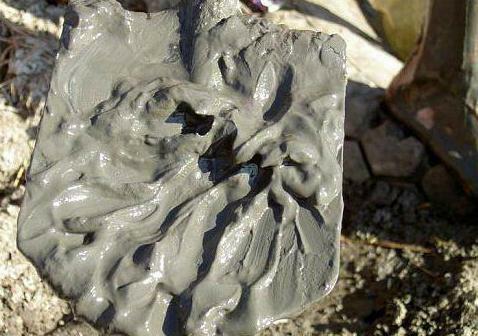 The pond is located in an ecologically clean area. In the water swims the fish, and in the reeds - waders, ducks, karavayki. The therapeutic mud of Pelenkino Azov district is popular not only among local residents. They come here for free procedures from all countries that were once part of the Soviet Union. On parked cars there are numbers of all regions of Russia, there are visitors from Kazakhstan, Ukraine, Tatarstan, Belarus. The unity of the peoples was not lost, it simply acquired new forms.

Numerous adepts of the treatment tell a lot of stories about the victories over the disease that were received on the shores of Lake Pelenkino( mud medicinal).Feedback from regular visitors shows miracles. For example, they say that when you come on a wheelchair and go through a mud cure, a person can leave on their own feet. The legend about the results of the procedures goes around the sanatorium camp countless. Some of them may be exaggerated, but there is a reasonable grain in the stories.

According to studies conducted in 1928, peloids and brine have a great potential. Therapy on the lake Pelenkino( mud therapeutic), beneficial effects for skin diseases( psoriasis is given very quickly), joint diseases( gout, arthritis, arthrosis, etc.).Mud applications help the rapid healing of wounds, as well as gynecological diseases, promote skin rejuvenation and the body as a whole. Some people come to the Pelenkin mud every year, someone spends only days off here. Everyone here is attracted by the desire to get healing from diseases that can not be cured medically. All who are preparing for the trip, you should know what will have to face on the shores of Lake Pelenkino( mud curative).Reviews tell us about the lack of showers with fresh water, which should be taken into account when traveling on a trip. The applied dirt should be washed off after 10-15 minutes with water from the lake, and after a while it is necessary to take a fresh shower. This problem will have to be dealt with on our own.

There are also no toilets, parking lots, canteens or cafes. The flow of cars to the "wild" resort is quite large. According to some reports, up to fifty cars arrive daily during the summer season, and even more on weekends. Those who came for a few weeks, put tents in a small grove on the shores of Lake Pelenkino( therapeutic mud).

Reviews about comfort are negative, but many people do not pay attention to domestic difficulties. The resulting effect of treatment covers all the problems of life of an independent holiday-goer. It is believed that the mud with the best characteristics should be stockpiled on the opposite shore from the place of arrival and residence. In those places it has a more delicate consistency, has a small amount of extraneous inclusions.

It is worth remembering that mud treatment is not a harmless procedure, uncontrolled application of peliids can harm the entire body. Without having the expert's advice, it will be difficult to get the desired result at Lake Pelenkino. Comments from the amateurs of treatment tell us that sometimes the consultation can be obtained right on the spot in the next tent. But how much such treatment will be safe, no one knows, everything is learned by experience. The voice of a specialist

According to medical professionals, swimming in the waters of the lake and using its mud is not at all harmless. The situation around the reservoir has long become unsanitary and every year it threatens to explode with a disease. Water, dirt and brine for decades, no one tested and analyzed for safety, the presence of pathogenic bacteria. Bathing in one place with people who have skin diseases, enters the risk zone and a healthy person, not to mention those whose immunity is undermined.

There is no information about outbreaks of infectious diseases, but it is worth remembering this possibility to take appropriate measures of our own safety. Going to Lake Pelenkino, it is necessary not only to think through the route, but also to stock up on fresh drinking water, a set of tourists for trekking, antiseptics.

How to get there:

Go to Lake Pelenkino or prefer a more civilized way of gaining health - it's up to everyone to decide on their own. But any road or place gives new impressions, widens the circle of acquaintances and opens new horizons of adaptation.