Hemorrhoids are a disease in the risk group of which more and more people are. Causes, including malnutrition, sedentary habits, bad habits, can be listed for a very long time. But if the disease is already there, then treatment is necessary.

The most popular drug is the "Relief" candles, analogues, which you can see below. Also in the article an overview of several analogues of the preparation of the Russian manufacturer will be offered.

Hemorrhoids - a pathological condition of venous nodes near( and inside) the rectum. They become inflamed and increase in size, causing discomfort in sitting and bowel movements. Small bleedings may later be added. Depending on the stage of the disease, the protocol of treatment may consist of drug therapy or surgery.

Thanks to both its effectiveness and the advertising campaign, recently the "Relief" candles( analogues, cheap generics and the formulation - in the following sections) have become a popular drug for the treatment of hemorrhoids.

The active substance of the candles, according to the manufacturer, is shark liver oil. This component has analgesic, soothing, inflammatory properties. About the composition and instructions briefly you can read in the next section. 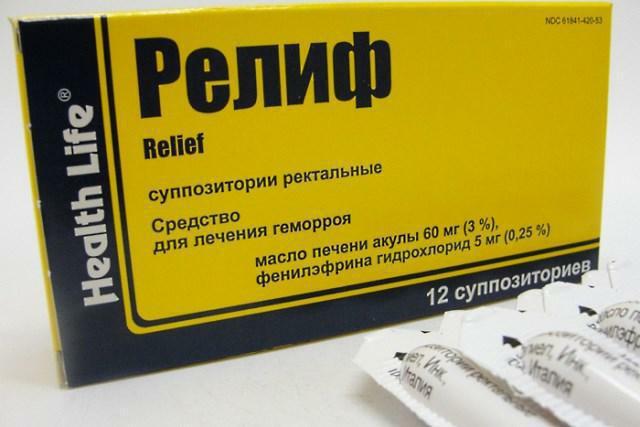 There are three types of these candles, they differ in composition and, accordingly, in action.

Contraindications to the use of suppositories "Relief Ultra" are bacterial or fungal infections in the anus. Corticosteroids significantly reduce local and general immunity, in the presence of infections, their use can worsen the situation. It is forbidden to use candles of this kind for tuberculosis and diabetes mellitus.

Analogues of drugs should be selected only after consultation with the doctor. It can be candles "Anuzol", "Hemorol", "Natalsid", "Proctosan Neo" and others. 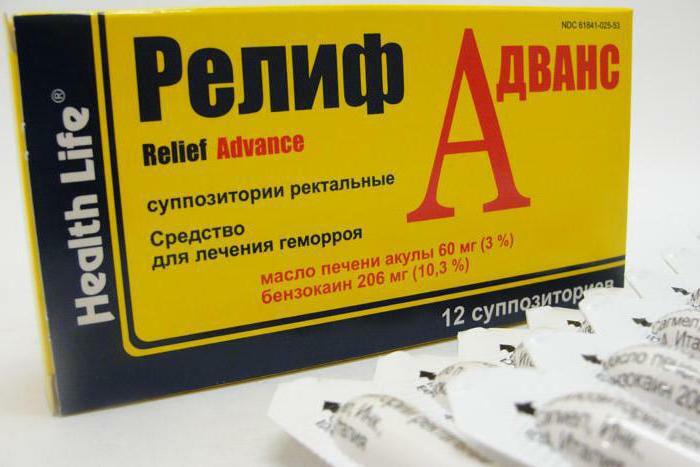 Suppositories of three species have a pronounced anti-inflammatory effect. They relieve inflammation and itching, locally anesthetize, normalize blood circulation in the nodes, stop spotting and promote healing. Their biggest disadvantage is the price, so very often patients look for analogues."Relif" - candles, which, as you have seen above, have a rather unusual composition. Having studied the composition of about 15 types of suppositories with a similar effect, we found only one preparation with shark liver oil in the composition - the Canadian "Hemorrhoids".Through the search for analogs, we were able to create a classification of the candles from hemorrhoids for the main active substance, which would be useful to know the patients. 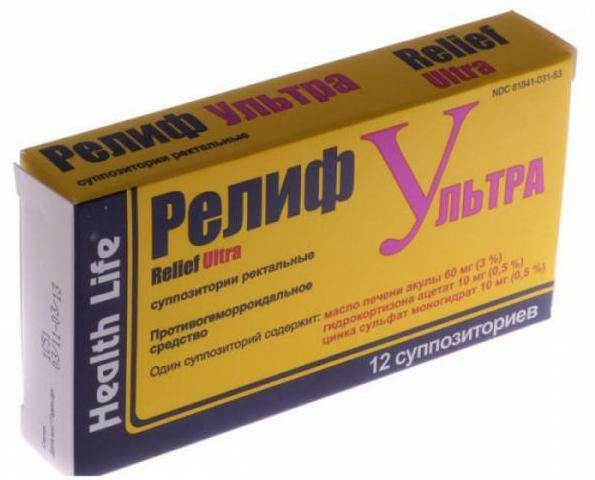 Analogues( Relief): candles with similar action, grouped according to the composition of