How does conception take place: a little about twins, access code and infertility

There is a special beauty in pregnancy. The promise of a new life in the body of a woman looks very life-affirming. Complex processes take place inside at all stages of the "interesting situation".The exact day of conception can not always be established. The doctor will record in the documents the first day of the last menstruation as the beginning of pregnancy. Although in fact, a new life begins about two weeks later, formally fixed in paper terms. How does conception occur? 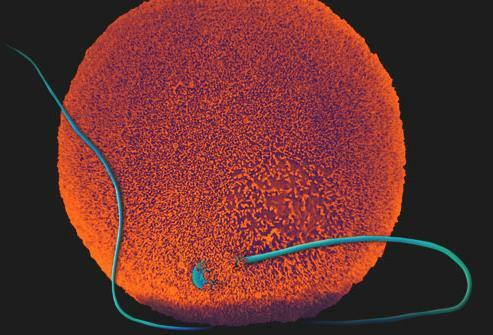 Everything starts with ovulation. Every month several "candidates" prepare for the ovary, but as a rule, only one egg leaves, occasionally two. If more than one comes out and both are fertilized, the twin siblings will be born. They, strictly speaking, are not twins at all. And they will look like two children of one parent.

How is the conception of the twins true? Like any other, but for some reason, at some stage, several embryos with the same genetic code are formed. Theoretically, a person can have as many as 16 twins at once, since at the stage of 16 blastomeres, each cell can give rise to an entire body. But a huge number of twins at times usually arises from the treatment for infertility, for a person the conception of more than two children is not normal at the same time. 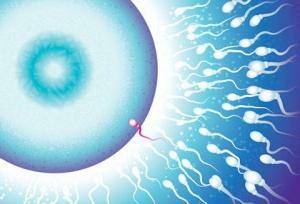 By the way, contrary to popular belief, a boy and a girl can not be true twins, because men and women have different genetic patterns, and the set of twins is identical. The only exception, theoretically possible: two children are genetically boys, but in one of them the intrauterine development has gone wrong, and the girl's gender does not match the present. Such "girls" are sterile.

How does conception occur? After the release of the egg in the fallopian tube, she can meet the waiting sperm. But usually there are millions of them. Far from each of them can impregnate the cell. Scientists have established that each egg has a certain "access code", manifested in the chemical structure of the protein at the outer boundary. If the spermatozoon has the "correct" code on the shell, then fertilization can take place. After the penetration of the male cell, the egg cell becomes inactive and inaccessible to other "candidates". 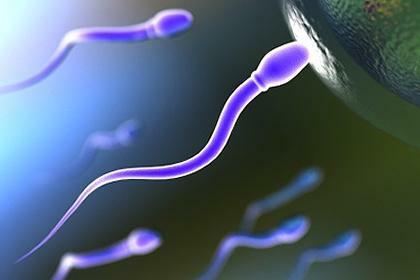 is to blame. The female cell is so arranged that it is not complete before fertilization - the process of meiosis ends only after the beginning of interaction with the sperm. If the meeting with a worthy "partner" does not happen, then the egg breaks down, the hormonal status changes - and menstruation begins. The knowledge of how the conception occurs allows one to explain the sterility of some couples in which the partners seem to be both healthy. In such cases, the husband and wife are incompatible at the biochemical level. If they create families with other partners, then both can safely be born children.

Many mysteries remain in the process of conception. We do not know all the laws of what is happening. But one thing is clear - more research is needed on conception. Then there will be an opportunity to help couples suffering from infertility.