Fracture of the ribs - the code for μb 10, symptoms and treatment

The article considers fractures of the ribs, their classification, as well as what should be done in the first place, if there is a suspicion of such a trauma.

Fracture of the ribs( code on ICD-10 - S22) is one of the most common injuries in the thorax. It can arise as a result of direct or indirect force. 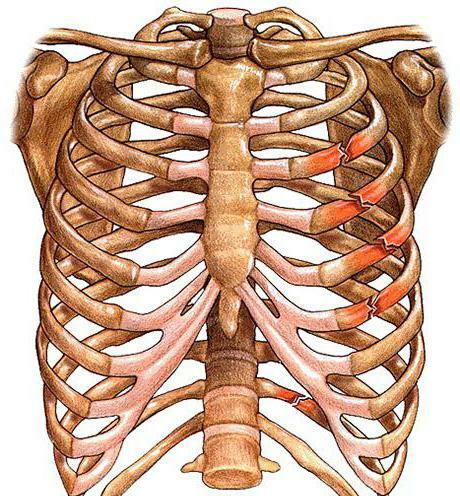 Direct fracture refers to damage caused by a deep or sharp deflection, and occurs at the point of impact on a restricted area. If a sufficiently large surface has been covered, which, as a rule, entails transverse damage of several ribs and their displacement to varying degrees, then in this case shortening of the bones is often due to the overlap of their fragments against each other.

In rare situations, an axial shift occurs. Very serious consequences are given by a fragmented or, as it is called, "final" fracture of the ribs( code on ICD-10 - S22).In this case, there is a violation of the anatomical and functional unity of the skeleton of the chest, which leads to a disruption of the normal breathing process. In this area, paradoxical movements of the ribs arise. This entails a decrease in the respiratory amplitude and a decrease in the normal capacity of the lungs, and quantitatively increases the volume of residual air. 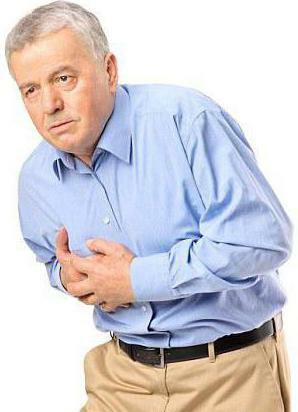 The most common fracture of

The most common variant of a fracture occurs in the region of the fourth-eighth rib. The first, axillary and posterior parts of the second and third are damaged in rare cases due to anatomical structure. In elderly people who have a history of chronic cough, fracture of the lower rib often occurs spontaneously. A broken part with a sharp end can damage the pleura or lung, which can lead to hemo- or pneumothorax of varying severity. Strong bleeding, provoked by rupture of the intercostal vessels, also occur infrequently. Such injuries are often accompanied by damage to the scapula, clavicles and humerus.

So, how does the fracture of the ribs manifest themselves( code on ICD-10 - S22)?Let's figure it out.

Fractures of the ribs are characterized by severe pains in the chest, which are in a calm state of blunt noel character, and when inhaled they become sharp, cutting. Pain can also increase with coughing. The movement of the chest in the affected area is limited. In the area of ​​trauma, there is usually a swelling accompanied by a sharp pain during palpation. If the fracture of the rib is accompanied by a trauma to the lung, then there is a cervical hemorrhage and signs of subcutaneous emphysema at the site of injury. But the closed rib fracture( code on ICD-10 - S22) is not characterized by this. 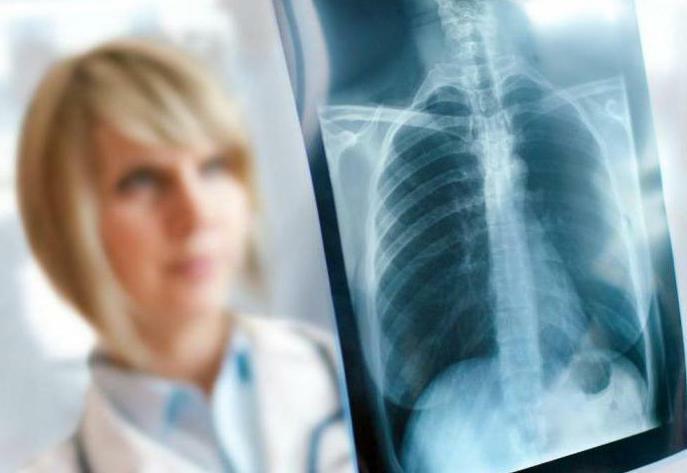 If there is a suspicion of a fracture of the ribs, it is mandatory to perform a chest x-ray. If possible, also should make fluoroscopy. The snapshot will allow you to determine the fracture, confirm or exclude the fact of displacement. But a minor hemothorax or pneumothorax in some situations is easier to see in the process of translucence, as the middle and upper ribs are completely visible, and the background is filled with air-filled lungs. Injuries of the organ are usually clearly defined in the survey images of the chest. In some cases, the pulmonary pattern projected onto the costal bone can be mistaken for the lines of injury or prevent their detection, so it is often necessary to perform a CT scan when fractured. It is for this reason that multiple fractures of the ribs( code on ICD-10 - S22) are considered the most dangerous.

In order that the pulmonary pattern does not interfere with the exact diagnosis, the picture is taken with less stress, but with a longer exposure. During the radiographic examination, the patient's breathing should be superficial, excluding the motor activity of the chest. 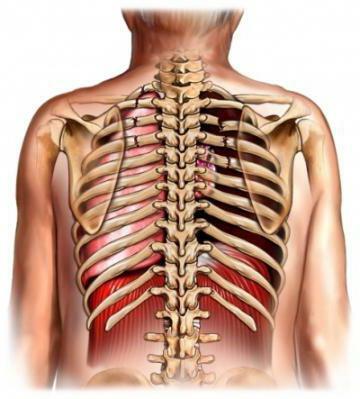 If the picture is taken in a straight projection, the lateral parts of the costal bones may appear shorter, which is due to their angular structure. In addition, in order to exclude the error in the diagnosis, it is necessary to take into account the possibility of projective crossing during the study. It is necessary to deploy the patient in such a way as to improve the visibility in the area of ​​the rib corner. Pictures of the lower ribs( they are projected just below the diaphragm) are made by experts using the blend of Bucca. Such a trauma can cause damage to the kidney and spleen.

As already mentioned, if you suspect a fracture of the ribs( code on ICD-10 - S22), you need to take radiographic shots. In the case of a comminuted type of injury, this is a vital measure, since it is not possible to notice fractures of the ribs otherwise. As a rule, with such damages, lateral pieces of bones with displacement are broken. Acute fragments freely protrude. It is also possible to overlap several ribs on each other, which illusively changes one side of the chest. There is a possible damage to the pleura and blood vessels, hemothorax or pneumothorax occurs, and the transparency of the lungs decreases. With such complex injuries, one should always remember that it is possible to reliably estimate the clinical picture only in dynamics. This can be achieved by conducting X-ray studies at the required frequency. 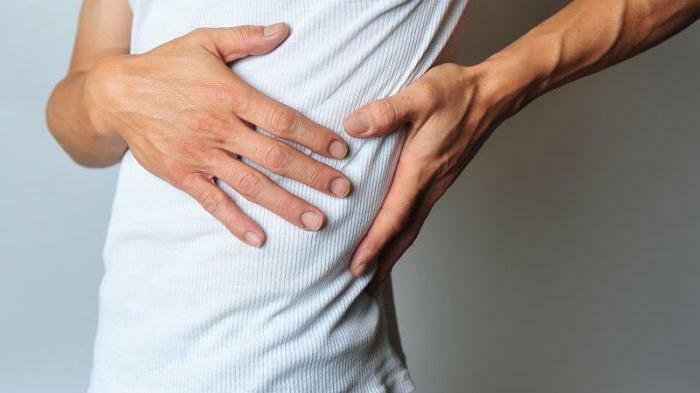 How is a rib fracture treated( ICD-10 code - S22)?This will be discussed later.

Patient is assigned to bed rest for a week, taking into account the trauma features. If the ribs are broken( ICD-10 code - S22), which is not complicated, it is possible to use novocaine or alcohol-procaine blockades in the area of ​​damage. In addition, it often requires the appointment of expectorants, performing respiratory gymnastics. In the presence of multiple fractures, a paravertebral blockade is prescribed with a 0.5% solution of procaine or a vagosympathetic blockade according to A.V.Vishnevsky. In addition, with complex injuries of the ribs, it is possible to apply the method of skeletal traction beyond the sternum.