Kidney pathologies occur quite often. These include infections such as pyelo- and glomerulonephritis. In addition to these, there are other pathologies of the urinary system. One of them is Berger's disease. This pathology also refers to the frequent anomalies. It is diagnosed in about 20% of cases of kidney disease in men. This violation applies not only to the problems of nephrology, since it has an immune mechanism of development. To suspect this pathology is possible by the main symptom - macrohematuria. 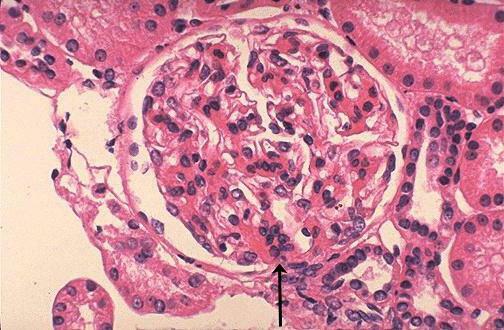 Berger's Disease - What Is It?

This pathology is a form of chronic glomerulonephritis. In comparison with the hypertensive and nephrotic variant of the course, Berger's disease has a more favorable prognosis. Despite the fact that she is diagnosed at an early age( 15-30 years), she rarely passes into severe renal failure. The main manifestations of the disease are macrogematuria and unpleasant sensations in the lumbar region. This pathology can also occur in childhood. In the male population, it occurs four times more often than among women. As with all pathologies, the diagnosis is made according to the International Classification of Diseases( ICD).Berger's nephropathy has code N02, which means "stable and recurrent hematuria." 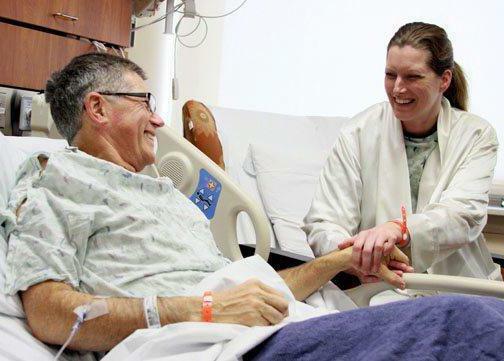 The main cause of the disease is the infectious process. Most pathology of the kidneys develops after the viral and bacterial infections. Also, the cause may be fungal diseases. Usually the symptoms appear several days after the infection subsides in the upper respiratory tract( SARS, sore throat, pharyngitis).The immediate cause of the disease is the accumulation of immune complexes in the walls of the kidney vessels. In some cases, there is a link between pathology and a hereditary anamnesis( familial IgA-nephropathy).In addition, the disease is associated with a genetic predisposition. The following provoking factors stand out:

Mechanism of development of Berger's disease 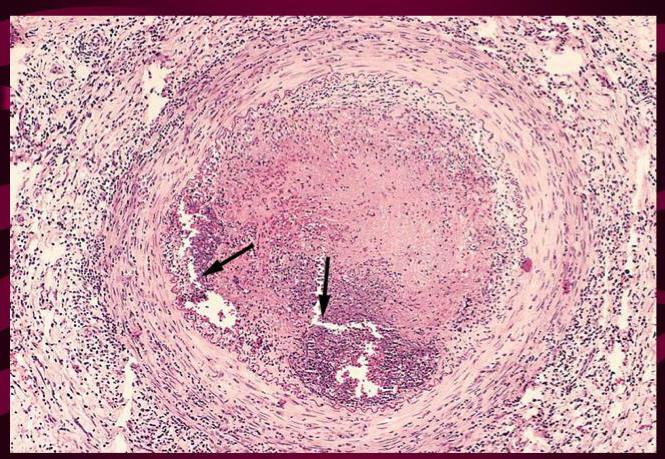 The pathogenesis of the disease is associated with the deposition of immune complexes in the walls of blood vessels. Normally, the glomerular apparatus of the kidneys is responsible for filtering the blood. It consists of many nephrotic vessels. After the infection, the elements of the inflammatory process - immune complexes - remain in the body and settle in the glomerular apparatus. As a result, glomerulonephritis develops. Kidney vessels can not function normally because of immune complexes, and blood filtration is impaired. In addition, the inflammatory process causes accumulation of fluid( edema of the parenchyma) and reduces the permeability of the basal membrane. As a result, macro and microhematuria develop. The causes of these processes are damage to the renal glomeruli and the penetration of fluid( blood) through the basement membrane. 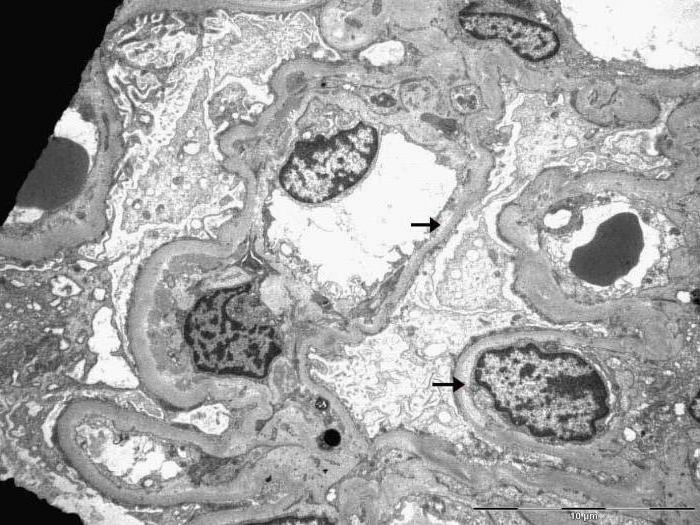 What are the symptoms of Berger's disease? 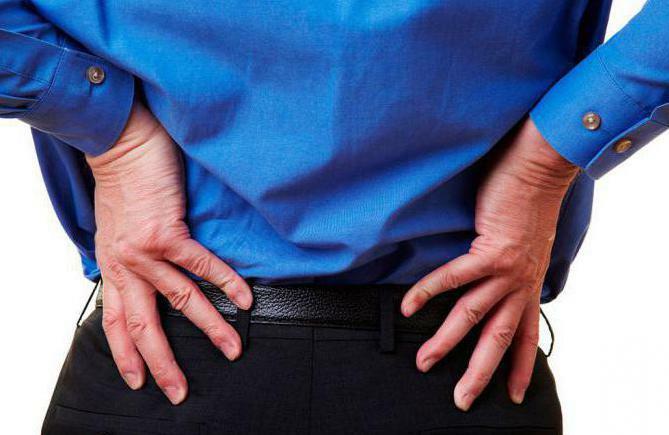 The main diagnostic criterion for Berger's disease is the chronic course. Usually, symptoms affect the patient 2-3 times a year, after the infection. It is also important to note that the disease is benign. Despite the periodically manifested hematuria, the kidneys state remains normal. Unlike other inflammatory processes( pyelo-, glomerulonephritis), in case of Berger's disease, chronic renal failure develops rarely.

Laboratory diagnostics includes OAK, OAM and special urine samples( Nechiporenko, Zimnitskiy).They are necessary for the detection of red blood cells and leukocytes. Depending on this, micro- and macrohematuria are isolated. In general, a protein can be present in the urine. To check whether there is a violation of kidney function, the patient must donate blood from the vein to biochemistry. In this analysis, it is important to know the level of creatinine that remains normal with Berger's disease. To make a final diagnosis, a test is performed for the presence of Ig A in the blood. In rare cases, a kidney biopsy is performed, in which immune complexes are found in the vascular apparatus. Ultrasound is also used for differential diagnosis.

Immunological inflammation of the kidney: treatment of

Despite the benign course of the disease, during the relapses therapy is needed. It is needed not only to ease the symptoms of pathology, but also to prevent complications and preserve the functions of the kidney. Treatment begins with the sanation of foci of infection. More often for this purpose prescribe antibiotics( drugs "Amoxicillin", "Cefazolin") and antiviral agents( medicines "Viferon", "Genferon").In addition, to relieve inflammation in the glomerular apparatus of the kidneys, NSAIDs are necessary. Most often used drugs "Kanefron", "Ibuprofen."In diseases of the kidneys, medicines based on herbs are effective. Also, special decoctions and infusions( spores, birch cones, bearberry) are prescribed. 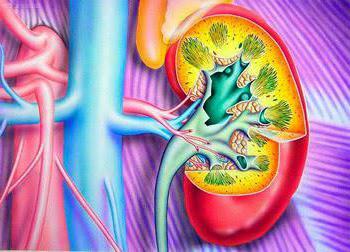 If the disease is difficult to treat, frequent relapses or complications occur, then hormonal therapy is performed. Usually prescribe the drug "Prednisolone", as well as cytostatic agents. In some cases, antiplatelet therapy, means for improving blood flow( "Kurantil" medication) is necessary.

It should be remembered that Berger's disease belongs to chronic pathologies. Therefore, in order to avoid exacerbations, it is necessary to carry out preventive measures. It is important in time to sanitize the foci of infection( tonsillitis, maxillary sinusitis), do not undergo supercooling. Also, patients should periodically conduct phytotherapy courses, maintain the immune system.