Despite the high level of development of medicine, some pathologies remain unexplored until the end. To one of these diseases is the Tolosa-Hunt syndrome. Currently, only the symptoms of this pathology are known, while the causes are not yet fully disclosed. Most likely, this is due to the fact that the disease is very rare and open not so long ago. In addition, the Tolosa-Hunt syndrome is often "masked" for other pathologies, and it is easy to confuse. The main symptom is the damage to the eyes and cranial nerves. It is known that one of the properties of this disease is that it lends itself to hormonal therapy, after which there is a rapid improvement. Nevertheless, relapse can occur at any time.

Description of the Tholos-Hunt syndrome

The first mention of this disease appeared relatively recently. It was described in 1961 by the English ophthalmologist Hunt. In addition to the main name, pathology is also called in another way, for example, "chameleon".This is due to the fact that her symptoms resemble many other ailments. Among them: head tumors, infectious encephalitis, myositis orbit and even diseases of the hematopoietic system. In addition, the pathology of Tholos-Hunt is called a symptom of the upper globular fissure, which does not accurately reflect the essence of the problem. The clinical picture of this disease depends on which nerves of the brain were affected. Most often, the syndrome of Tholos-Hunt is characterized by pain in the area of ​​the orbit, the inability to move eyes, diplopia. With timely hormone therapy started, it is possible to completely cure or achieve a stable remission. 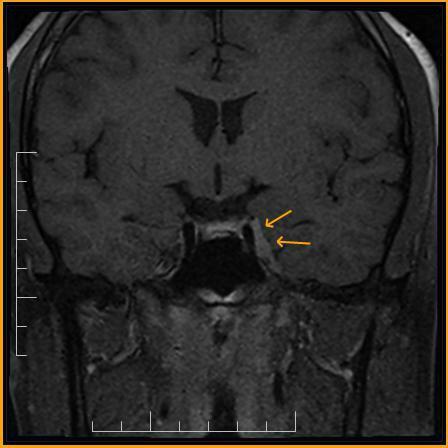 Etiology of the Tholos-Hanta syndrome

Due to the fact that the pathology has different manifestations and begins suddenly, it has not been possible to establish the exact etiology yet. This is also due to the low incidence of the syndrome. For this reason, doctors do not have the opportunity to properly study this disease. There are several assumptions according to which pathology can develop. The following etiological factors are available for patients with the Tholos-Hunt syndrome:

Mechanism of development of the

syndrome Given that the etiology of the disease remains unknown, pathogenesis can not be fully understood. Regardless of the reasons for the development of pathology, only certain structures of the eye and nervous tissue are affected. As is known, the second name of the disease is the syndrome of the upper orbital gap. This is due to the pathogenesis, because the nerves and blood vessels that pass through it are affected. First of all, there are changes in the ophthalmic vein and artery. As a result, trophic tissue is disrupted. In addition, the cavernous sinus is damaged, which adjoins the upper orbital fissure. Arteries, blood supplying it, become inflamed, and the tissue is hypertrophic. As is known, the following cranial nerves pass through the cleft: block, drain, part of the trigeminal and oculomotor nerves. In some cases all these pairs are affected. At the same time, the ability to rotate the eyeball suffers. Sometimes the function of one or two pairs of nerves is disrupted.

Tholos-Hunt syndrome: symptoms of the disease

Pathology most often manifests itself in the elderly and senile age. This syndrome can be affected by both women and men. The clinical picture of the disease develops suddenly, without any prerequisites. The following symptoms stand out:

These symptoms usually increase gradually and replace each other. In some cases, they are all observed simultaneously. The signs of the disease can suddenly disappear, just as they appeared. Nevertheless, without treatment, pathology always makes itself felt again. The frequency of relapses is different for all, as well as the duration of remission. 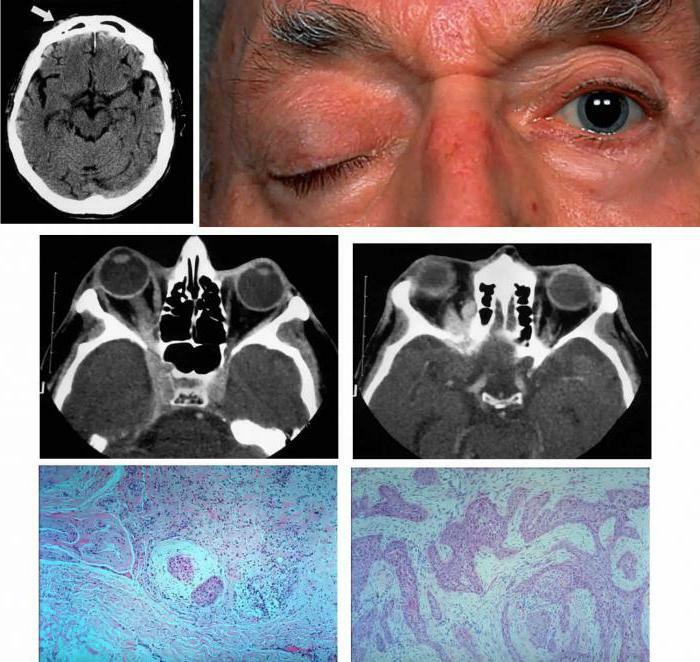 pathology. It is not easy to detect this pathology, since its symptoms are similar to many other diseases. Therefore, the Tholos-Hunt syndrome is considered a diagnosis of exclusion. First of all, the patient is asked about the features of the course of the disease( from which it began, how the symptoms developed).After that, laboratory studies and instrumental diagnostics are carried out. It is very important to conduct an ophthalmologic and neurological examination. To exclude tumors of the brain, an MRI is performed. It is also important to conduct ultrasound and radiological examination of the eye orbits. The presence of vascular malformation is determined by angiography. In addition, one of the diagnostic criteria is the effectiveness of hormonal therapy. If in the laboratory and instrumental examinations there are no pronounced changes, and the symptoms quickly stop after treatment, then most likely the diagnosis is the Tholos-Hunt syndrome. Prednisolone is used for treatment most often.

Differential diagnosis with other diseases

This disease is compared with other pathologies of the eyes and nervous system. First of all, it is necessary to exclude the inflammatory processes of the brain and its membranes, as well as tumors. When suspected of meningitis or encephalitis, spinal puncture is performed. In order to exclude benign tumors and cancer, the patient undergoes MRI, CT of the brain and X-ray of the skull. The disease is differentiated with lymphomas, cavernous sinus cyst and its thrombosis. Also, such symptoms can be observed in system pathologies, such as sarcoidosis, myositis, migraine, etc. To make an accurate diagnosis, the patient should be examined by various specialists: an ophthalmologist, a neuropathologist, a vascular surgeon, an endocrinologist. 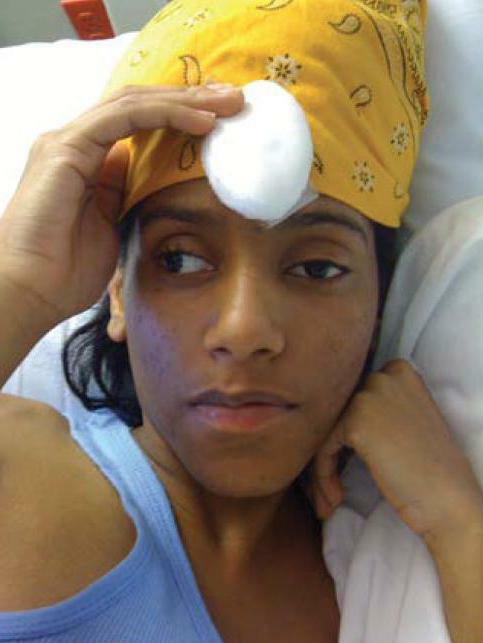 Treatment for the syndrome of Tholos-Hanta

Treatment of the syndrome of Tholos-Hunt is to prescribe drugs that suppress the immune system. To do this, hormone-containing medicines are used: "Prednisolone", "Hydrocortisone".These drugs have an effect in other autoimmune pathologies, but with this disease the symptoms are already in 3-4 days. Treatment of the Tholos-Hunt syndrome with prednisolone is carried out at the rate of 1-2 mg / kg of body weight. If the drug is used in the form of a solution, then it is prescribed from 500 to 1000 mg per day. In addition, anesthetics and vitamins are used.

Ability to work with the syndrome of Tholos-Hanta

Usually, with this diagnosis, the patients' work capacity is preserved. It is necessary to be sure that the patient has the Tolosa-Hunt syndrome. Disability in this pathology is rare. However, with frequent relapses, 3 groups can be appointed. The patient should be transferred to easy work that does not require visual efforts. Also, with persistent nerve damage, the patient can not drive the vehicle due to a violation of the movement of eyeballs and diplopia.

Prevention of the Tholos-Hunt Syndrome

It is impossible to predict the development of the Tholos-Hunt syndrome in advance, so there is no primary prevention. If symptoms such as pain in the eyes and forehead, diplopia are present, then a thorough diagnosis should be carried out. In the syndrome of Tholos-Hunt, secondary prevention is necessary. It includes timely hormonal therapy, support for immunity. It is also necessary to avoid stressful situations and inflammatory processes.