Allergy can be a serious test for both the child and his parents. Unpleasant symptoms torment the baby, not allowing him to live fully. In order to effectively cope with this kind of inconvenience, many decide to use symptomatic treatment. For example, eye drops for children from allergies effectively help stop even very intrusive lacrimation. However, it is important to choose high-quality drugs that would be effective and did not cause additional harm to the child's body. What should be a drop for eyes from allergies? Which ones to choose so as not to harm the baby? This will be discussed in this article. 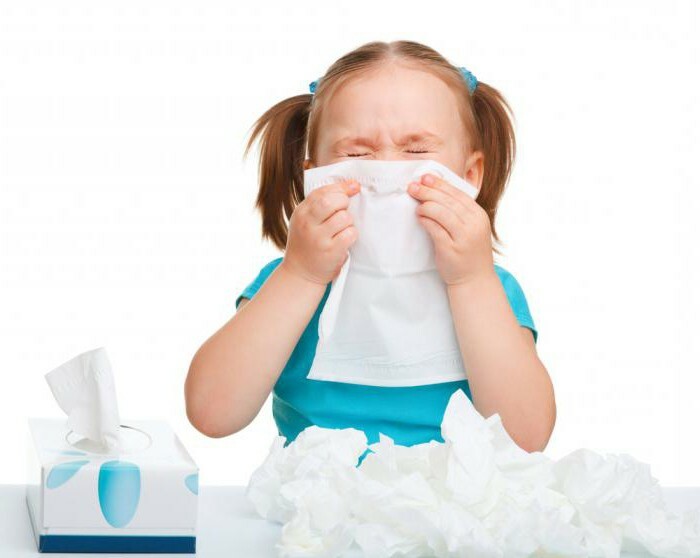 A number of allergic diagnoses are accompanied by unpleasant symptoms affecting the eyes. For example, allergic conjunctivitis causes inflammation and swelling of the eye mucosa, severe lacrimation and an obsessive itching. In turn, allergic deramatitis, although spreading through the skin, but affects the tender cornea, causing severe discomfort.

In the season of flowering herbs can develop keratoconjunctivitis, which is accompanied by such symptoms as profuse lacrimation, swelling and severe itching.

People suffering from a food allergy sometimes have an allergic edema of the eyelids( which, in effect, is only a reaction of the body to the stimulus that has entered it).

It becomes obvious that the eyes always get under attack with any manifestation of allergy. That's why they need special care. Next, we will discuss in more detail drops in the eye from allergies: how to choose, species, at what age can you apply.

There are several types of eye care products. In order to reduce the effect of the allergen on the baby's body, it is recommended to use antihistamine drops. However, sometimes specialists decide to prescribe additional eye drops for children from allergies. This is done in order to provide local treatment. Such eye drops against allergies for children are vasoconstrictive drugs, hormonal and anti-inflammatory. The action of all described groups of funds is aimed at providing clarity of vision, preventing or eliminating any symptoms from allergies. Sometimes it is appropriate to combine them within a single course of treatment. 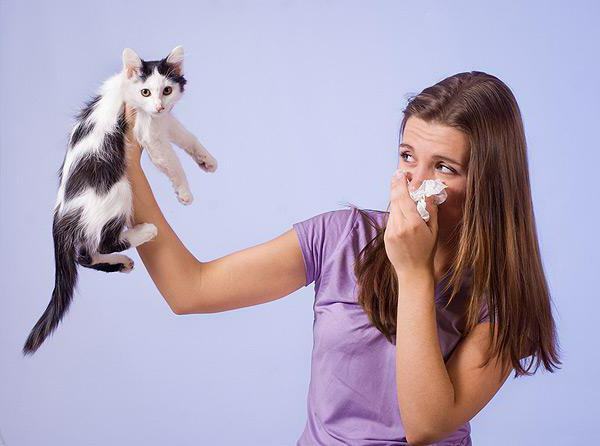 According to reviews, this group of substances, unfortunately, has many contraindications and side effects. Therefore, often anti-inflammatory eye drops for children from allergies are not prescribed, however, as for pregnant women in the last trimester of bearing a child. For adults, such drugs are prescribed at the very beginning of treatment and are preferred. A popular tool of this group is "Akular LS".

The antihistamine eye drops described above for children from allergies, as a rule, cause fewer adverse reactions than systemic antiallergic therapy. This is what caused the fact that such drugs are recommended as the main treatment for young children of different ages.

Some antihistamine eye drops from allergies, a list, names and description will be discussed in more detail later in this article. For example, they include "Zodak", "Opatanol", "Kromogeksal", "Lecrolin" and others. Although they all belong to the same group of drugs, their composition and effect are not identical, what is important to pay attention to. 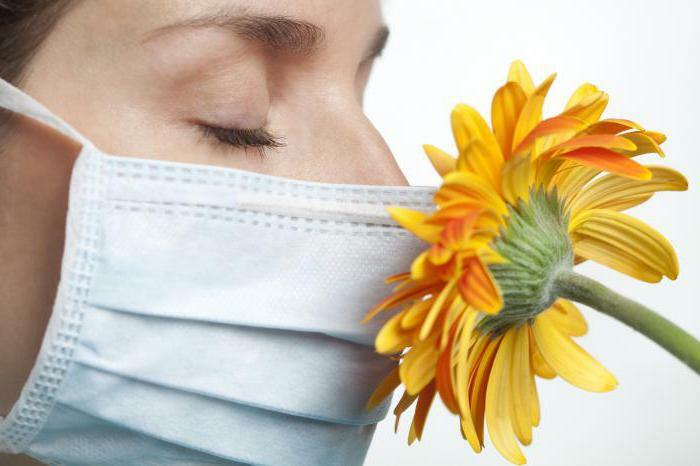 Preparations of the group under consideration are sure to have a quick effect and provide a reliable result. However, they are not recommended for prescription as eye drops for children from allergies. This is due to the risk of developing addiction to these funds. In this case, the symptoms may worsen, and the drops should be used constantly. The most famous drugs of this group are Naftizin and Vizin.

Among other things, they should not be used in women, because the effect of drops is so wide that it affects the vessels of the placenta, especially in case of an overdose. In order to avoid getting used to the drug, you should not use it for longer than three to five days. In this case, you can safely apply these eye drops from allergies. For children, the recommended dosages and the duration of treatment should be observed especially carefully in order to avoid dangerous consequences for the baby.

Hormonal drugs, of course, give the most rapid and obvious effect, in a short time rid all symptoms of allergic reactions, relieve inflammation. The most famous drug among the hormone drops is Dexamethasone. However, if this drug is used as eye drops for children from allergies, then it should be used with extreme caution, because long-term use of hormonal drugs invariably has a negative effect on the human body. It can be prescribed only to children over six years of age and with the condition of strict dosage compliance. 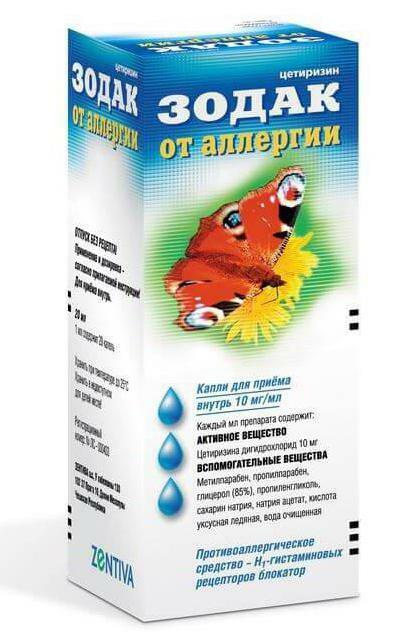 Up to a year, experts recommend using the following drugs:

Older children need to use other eye drops from allergies for children. A description of suitable preparations will be discussed further.

Since the age of four, you can prescribe more effective eye drops from allergies to children. The list:

If the child's allergy is year-round and not seasonal, then the drops described above should be used alternately with antihistamines. 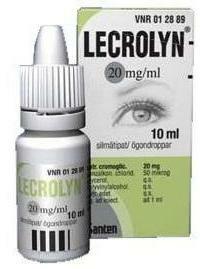 According to reviews, these drops are a terrific tool. First, they have a negligible amount of contraindications and side effects, compared to other drops from allergies. The essence of the drug is to block the formation of histamines, which prevents the occurrence of allergic reactions. Therefore, according to consumers, it is recommended to use it as a prophylaxis before the flowering season. Packaging of the preparation also significantly facilitates its use. You can apply the drug already for children from the age of four. 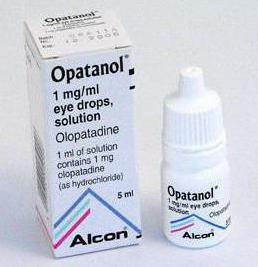 These droplets act in a similar manner, namely, they do not allow the formation of histamines that provoke allergic reactions. However, the drug does not block receptors that are not related to the occurrence of uncomfortable symptoms. The remedy can be taken by children from the age of three.

These drops on a par with the previous ones are a remedy against allergies, which is applied locally. In all its indices, the drops of "Kromogeksal" are very similar to a similar drug "Lecrolin."However, the drug in question has a significant advantage, which consumers give out in their responses, namely: it can be prescribed to children from the age of two. 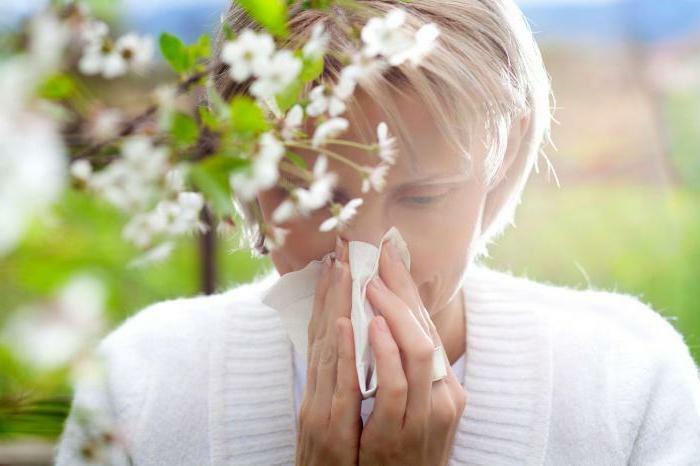 Allergic reactions cause a lot of inconvenience. Constant tearing, itching, runny nose and coughing do not give rest to both adults and children. It is especially painful to see what discomfort these manifestations of the disease bring to babies. That is why it is important to approach the issue of choosing the right medicine for the child as carefully as possible. Before buying a medicine, it is important to carefully examine the possible list of eye drops from allergies, prices and customer reviews that have already used such funds for their children. It should be remembered that the most safe are considered antihistamine drops. At the same time, any vasoconstrictor drugs necessarily cause addiction in the child's body, thereby eventually exacerbating and aggravating the manifestation of symptoms. And taking hormonal drugs should be carried out exclusively under the constant supervision of a competent specialist who carefully monitors the duration of the course of treatment and dosage. This is due to the fact that any substances of this kind have a strong complex effect on all body systems. For the child, such an impact can be particularly damaging. A number of side effects and contraindications are characteristic for a group of anti-inflammatory drops, which adds risk when applied by their children. Having in your luggage all this knowledge, to be guided with the choice of a suitable medicine will be much easier. However, even now one should not neglect the advice of experienced doctors who could provide individual appointments and determine suitable doses.

In this article, eye drops from allergies, a list( names) and descriptions of drugs that will help you decide on the medicine for your baby have been examined. According to reviews, the most popular are "Lecrolin" and "Kromogeksal", which are the most safe for children's health and can be used by babies from an early age. For children from six months, it would be safer to use Zirtek drops that treat and care for the mucous eye.

Be careful and never skimp on your health! Treatment will cost more than prevention.