The initial stage of stomatitis can be treated topically, with the use of various gels and ointments. The second - a fat base, so treating them with this disease does not always bring an effect. The gel from stomatitis differs from the ointment in that it allows the medicinal components that make up the composition to be quickly absorbed into the mucosa of the oral cavity.

These medicines are completely different. Usually they contain anesthetic substances, as well as those components that help cope with inflammation. Therefore, gels are considered combined preparations.

What kind of stomatitis gel is the best? It is difficult to answer this question unequivocally. A gel suitable for this disease can be prescribed only by a specialist. The doctor will determine the type to which the disease belongs and the stage of its development. It must be remembered that some drugs are not suitable for children, so you should not take self-medication, because the drugs can contain substances that can cause various side effects, and this can lead to undesirable consequences. In most cases, the doctor will recommend those helium drugs that are very common and effectively reduce the symptoms of the disease. Such as:

Experts consider these medicines to be the best and most effective. 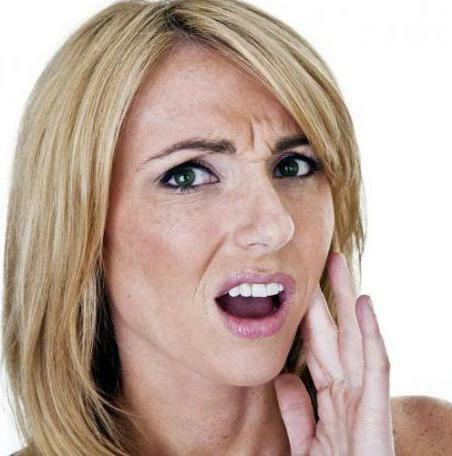 In this product, a perfect combination of antibiotic and antiseptic, due to this it easily copes with the initial stage of inflammation in the oral cavity. The gel from stomatitis "Metrogil Denta" is an antibacterial agent, and it is prescribed only at the initial stage of the disease. Before you start using the drug, you need to remove the crusts that formed on the wounds, this will help the drug to destroy all harmful bacteria.

The gel "Metrogil Denta" does not absorb too deeply into the tissue, it well removes such symptoms as itching and burning, and does not allow the development of stomatitis for the transition to acute stage. Its main advantages:

The drug can be administered to adults and children after 6 years. Specialists consider this gel to be one of the best for the treatment and prevention of the initial stage of stomatitis. 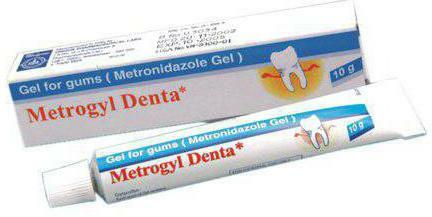 If the stomatitis has a herpetic appearance, then the stomatitis gel Viru-Merz Serol is very suitable for its treatment. It effectively relieves itching, as well as burning and pain on the damaged mucous membrane of the mouth. The drug must be used until the time when sores appear in damaged areas.

After relief of the main symptoms of stomatitis, it is possible to start using a remedy for the affected tissues of the mucous membrane. For this gel "Actovegin" is well suited, it easily copes with the task.

Bacterial stomatitis perfectly treats "Elyugel", it has good antiseptic properties. This gel can be used both for prevention and treatment of the disease."Elyugel" has a strong bactericidal effect, so it is widely used against fungi and bacteria.

The drug should be applied to damaged areas periodically throughout the day. In order to maximize the effect of the treatment, the gel should be used together with a rinse aid called "Eludil".Contraindication in "Elyugel" only one thing - it can not be taken in case of an allergic reaction to the substances that make up the drug. 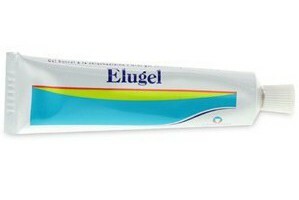 Stomatitis is often caused by a virus. Symptoms appear not only in the oral cavity, but also very often on the lips. In such cases, the doctor appoints "Viferon"( gel).With stomatitis, the drug should be applied to those areas that have been dried in advance. Gel copes well with inflammation and is suitable for all, adults and children. It can be used by pregnant women, because the constituents act only locally, on the damaged area. 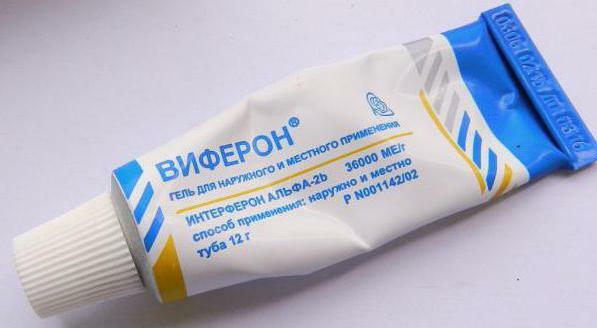 Gel from stomatitis "Holisal" is considered to be the best for treatment of the initial form of stomatitis. It well reduces and eliminates inflammation and works great as an anesthetic. Before starting its use, it is necessary to rinse thoroughly with an antiseptic solution of the mouth cavity.

Due to the fact that the drug has a pleasant sweet taste and almost no odor, it is suitable for children. Its use can begin at age after 1 year. The gel for the treatment of stomatitis acts quickly, it takes only 2-3 minutes after it is applied to the damaged areas, and the pain passes, the patient becomes lighter."Kholisal" can not be combined with antipyretic drugs, it can strengthen their effect.

The preparation "Holisal" has the following properties:

HOLISAL can be used during pregnancy, it is completely safe. The duration of treatment depends on what the clinical picture of stomatitis is. 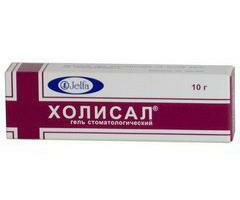 One of the best gels against stomatitis is "Kamistad".The main components included in its composition are lidocaine and chamomile."Kamistad" is used as an antibacterial drug and anesthetic. This gel from stomatitis for children is applied in a 2-fold reduced dosage than that used by adults. The use of the drug can cause allergic reactions, so when the first symptoms appear, stop using the drug immediately. The drug includes lidocaine, so it can appoint only a doctor.

gels Before applying gels, it is necessary to treat the mucous membrane of the mouth. As an antiseptic, iodine or blue is perfect for this. Due to the fact that the gels have a thick consistency, they can be used for several days in a row.

If stomatitis is a neglected form, then the treatment with gels should be combined with the use of antibacterial ointments and other means. Here is an approximate treatment regimen:

It should be noted that for treatment of children, "Holisal" is better to use when there is inflammation in the oral cavity or the child starts to appear teeth.

The best gel for stomatitis for children

It is very difficult to single out a single gel for the treatment of children, but still it is "Holisal".It can be used for children after 1 year. The drug is known as a good analgesic, its use is suitable for children when their teeth erupt. Due to the fact that the drug is not absorbed into the blood, there can not be an overdose when it is applied.

HOLISAL perfectly fights candidiasis and bacterial stomatitis. But the fact that it has a specific smell and taste, is a disadvantage when applied to children. The drug for children "Holisal" should be prescribed only by a doctor. He will choose the right dosage of the drug and the frequency of its use, so that the child quickly recovered.

Gels for stomatitis: reviews of drugs and manufacturers

Opinions of people on the above means against stomatitis are different. Great opinion about the preparation "Holisal"( gel).Reviews for stomatitis are as follows: this is one of the best tools for treating this disease. True, some do not like his taste, and also that he tits his tongue. But these are all his shortcomings. The effectiveness of its action satisfied with all who used it. He does his job well. This gel well anesthetizes and relieves swelling. Even those who have gums bleed, say that thanks to the use of the gel quickly got rid of this problem. The gel is produced by the Russian manufacturer OOO Valiant. The company's reviews are also positive, but many would like more information about the product to be produced and the support service worked better.

Another gel, of which many reviews, is Metrogil Denta. People say that it is very effective against gum disease and not only, but there is such a disadvantage as high price. Many people think that this is an antibiotic. Because of metronidazole, which is part of its composition. But he is not. Those who know this fact no longer fear its use and are happy to note the high effectiveness of this gel. The manufacturer of the drug is the Indian company Unik Pharmaceutical Laboratories, there are a lot of positive comments about it because the support service works perfectly and any complaint from consumers is quickly considered.

The rest of the gels are less popular among the population, perhaps because there is less information about them. Those who used for the prevention of stomatitis such gels as "Viru-Merz Serol", "Elyugel", "Viferon", "Kamistad", note that their effectiveness is very high and the price does not bite.

If you evaluate the total number of reviews of the above gels against stomatitis, then we can say that they are all quite effective in fighting this disease. These funds are the best. Select one does not work. Each of them has its own advantages.