"Mesakol": instructions for use, reviews, analogues

Nonspecific ulcerative colitis, as well as Crohn's disease, are rare in patients. But, despite this, there are many drugs that are designed to treat these diseases. One of them is Mesakol. Instructions for use, form, reviews and cost of this tool will be provided later. 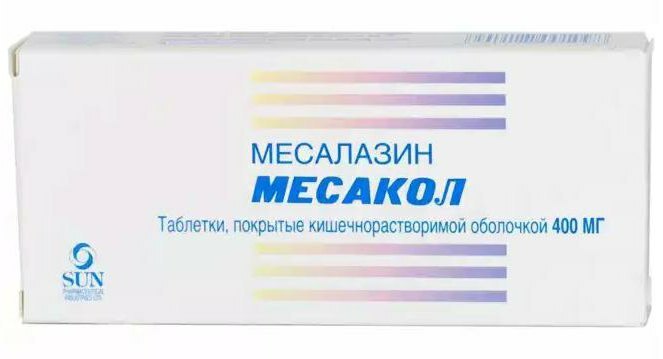 The drug Mesakol, whose reviews are very ambiguous, goes on sale in the form of red-brown tablets. They are covered with an enteric coating, and also have a round and biconvex shape.

Do you know what Mesakol is? Instructions for use indicate that this is an anti-inflammatory agent, the action of which is localized in the intestine. This property of the drug is associated with its ability to inhibit the activity of the synthesis of leukotrienes and prostaglandins, as well as neutrophilic lipoxygenase.

It should also be noted that the drug in question slows down migration, phagocytosis and degranulation of neutrophils, as well as the secretion of immunoglobulins through lymphocytes.

What other properties does the "Mesakol" drug, the price of which is listed below, have? Mesalazine has an antimicrobial effect against some cocci and Escherichia coli( in the large intestine). 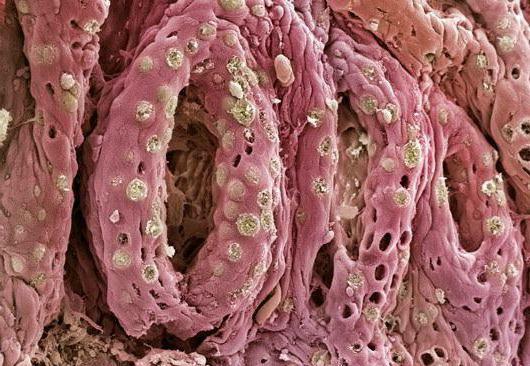 Pharmacokinetics of the preparation

What are the kinetic parameters of the Mesakol tablets? Instructions for use say that after receiving them, mesalazine is released from the membrane after about 115-165 minutes, and after 170-230 minutes the tablets dissolve.

Due to the film sheath, the drug in question is released 60-80% in the thick part of the intestine, and 15-30% in the small intestine. In this case, the active substance enters the systemic circulation only in an amount of 10% of the dose taken. The concentration of mesalazine in plasma is very low.

The association of the active ingredient with plasma proteins is 43%.The drug in question, as well as its metabolites penetrate into breast milk.

Metabolism of mesalazine is carried out in the intestine and liver. This produces N-acetyl-5-aminosalicylic acid.

The half-life of the drug is 60-120 minutes( depending on the dose taken).The medicine is given by the kidneys and through the intestines.

What kind of diseases does Mesakol treat? The doctors' comments say that this remedy is quite effective in treating Crohn's disease and ulcerative colitis. 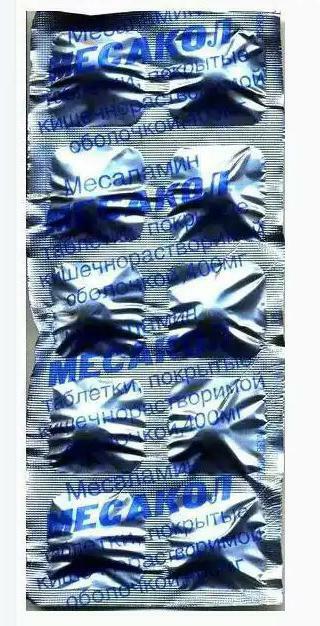 It should be specially noted that this medication is used not only to treat the above-mentioned diseases, but also to prevent their exacerbations.

It is not recommended to prescribe medication "Mesakol":

With special care, this drug is used for mild to moderate severity of kidney failure, as well as moderate to mild liver failure. 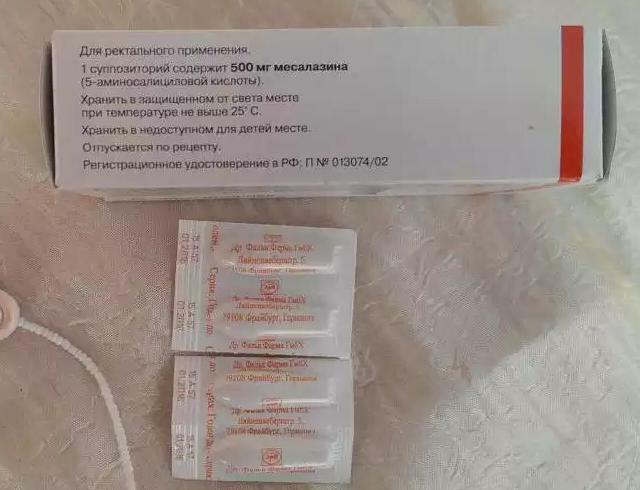 Tablets "Mesakol": instruction for use

This medication is taken orally only after a meal.

For the prevention of exacerbations, the drug is used at 400 mg three times a day. Tablets are taken as a whole, washed down with plain water.

How should the Mesakol drug be given to children? Candles, microclysters and suspension - it is in this form shows this drug to babies.

Unfortunately, taking this medication quite often causes side effects. These include the following:

Signs of an overdose of

Symptoms of overdose with the drug under consideration are states such as nausea, gastralgia, vomiting, drowsiness and weakness. For their elimination, gastric lavage, laxatives and symptomatic therapy are prescribed.

preparations Mesakol reduces the effects of Spironolactone, Furosemide, Rifampicin and sulfonamides. It also increases hypoglycemic effects of sulfonylurea derivatives, toxicity of methotrexate and ulcerogenicity of GCS.

It should also be noted that this medication slows the absorption of cyanocobalamin, and also increases the effect of uricosuric agents( that is, tubular secretion blockers) and enhances the effect of anticoagulants.

Patients leave very mixed reviews about Mesakol. Some of them report that this medication effectively treats intestinal diseases. Others argue that the pills mentioned are absolutely useless. Thus, it can be safely concluded that "Mesakol" has a different effect on different patients.

The main drawback of this medication is the presence of a large number of contraindications and adverse reactions.