Valery Lukyanov before and after plastics( photo)

Valery Lukyanov several years ago became famous thanks to the Internet for the whole world. What did this girl do, you ask? The answer is simple - yourself. To become famous Lera helped incredible puppet appearance. When viewing her photo it seems that you have a graphic drawing or a plastic doll, but not a living person. In order to confirm its existence, the girl regularly removes videoblogs. Looking through which the townsfolk ask a logical question: how many plastic operations are done? Especially for you an exhaustive answer, as well as a collection of photos, which captured Valery Lukyanov before and after plastics. 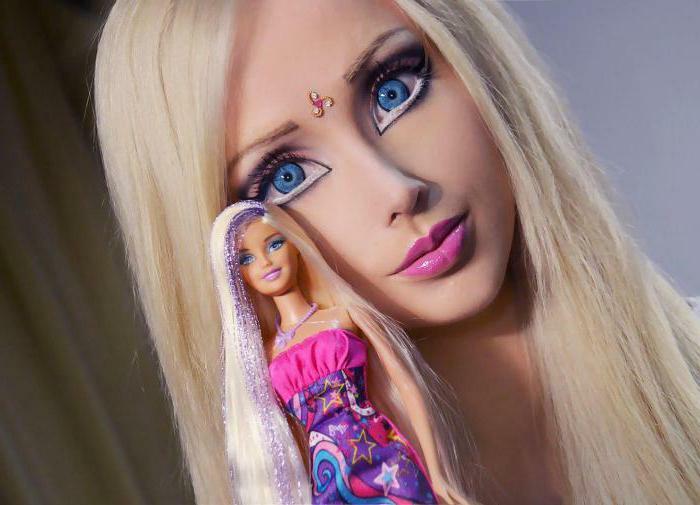 Today Lera Lukyanova is incredibly famous and popular. She is an Internet model, spiritual practitioner, as well as a vegetarian and a winner of beauty contests. The girl leads blogs in which she talks about meditation, achieving inner harmony and gives advice to her fans about fashion, style and self-care. She has real fans, as well as envious and ill-wishers. And while everyone is arguing what Valeria Lukyanova looked like before and after the plastic surgery, she herself claims that she made only one operation in her entire life. And really there is something to discuss. The girl can boast an unnaturally-sharpened figure with accentuated hips, a thin waist and an impressive bust. Attention deserves also the face of the beauty - the chiselled features are supplemented with a complex make-up, greatly enlarging the eyes.

In what operations is Lukyanov recognized? 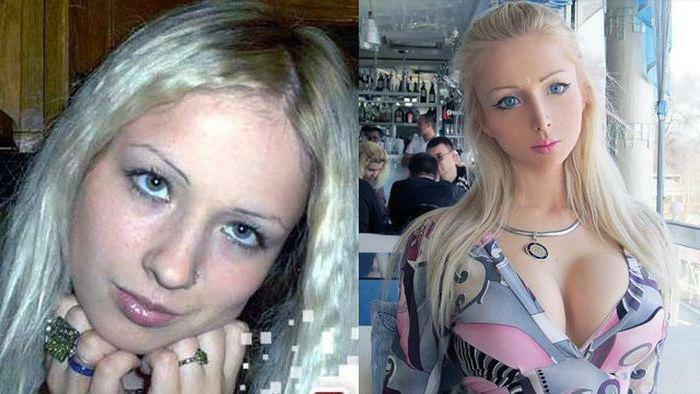 Lera - the girl is smart and does not even try to hide the fact that her breasts were enlarged. Her path to fame, she started back in 2002.According to detractors, the first photos of Valeria, posted on the web, are of poor quality, and she herself looks quite normal to them, and sometimes she is dressed cheaply and tastelessly. It is the early photographs of the girl Barbie use as evidence of the abundance of interventions. Indeed, looking at the photos taken with a difference of 5 years, you can believe that the operation of the heroine of our essay Valery Lukyanov did more than once. Before and after plastic, many girls look exactly like this: a mediocre appearance from nature and an ideal after discharge from the clinic. But still Lera herself claims that everything except her bust is natural. And she decided to increase it after making her body the perfect way of training and dieting, with annoyance discovered only 1-1,5 size. Today Lukyanova has the third breast size, she herself claims that the girth of the most outstanding part of the body is 88 cm.

How many pairs of ribs does a living Barbie have? 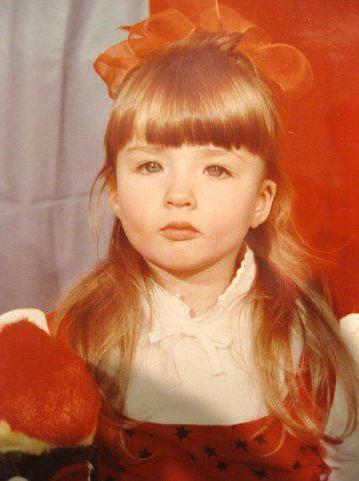 Lukyanova's new breasts emphasize her incredibly thin waist. In order to convince the fans in the absence of strict corsets, Lera regularly uploads her photos to the net in swimsuits-bikinis and outfits denuding the stomach. Such pictures caused an immediate reaction of ill-wishers - "This is a photoshop!", All those who do not like the model said in chorus. Lukyanova did not get confused and began to shoot video blogs, not forgetting to pose in full growth, all the same denuding the stomach. Then the detractors reproached the living Barbie in plastic. Indeed, theoretically so ideal figure can be the result of a surgical operation to remove the lower pair of ribs in combination with liposuction. The model itself, by tradition, denies everything. So is this really true, and such a figure can be achieved through training and diets, which constantly sits Valery Lukyanova? Before and after the "operation" photo is difficult to compare. Since even those who are sure that without plastic surgery has not been done, it is difficult to guess when exactly the girl went to the clinic. It is worth noting that if you compare old and modern photos - you can see that Lera and the truth was a little fuller. But theoretically, you could lose weight by several kilograms and naturally. In addition, the mother of the girl also differs incredible harmony, perhaps the secret and truth only in good heredity.

Secret of the puppet person 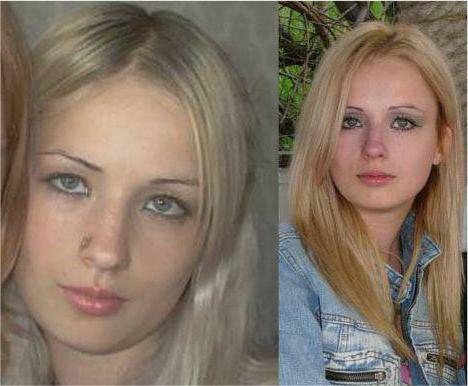 Lera became famous not only for her fantastic figure, but for her appearance as a whole. A real sensation was the first appearance of her photo with homemade make-up. Girl Valeria Lukyanova considers herself talented in everything and claims that she never used the services of professional make-up artists. Even with "modest" make-up, the eyes look incredibly large, and the skin pleases with a lack of imperfections. For photo sessions and events, the girl puts shadows of bright colors on all eyelids for eyebrows, experiments with eyeliner and false eyelashes. However, if you compare the photographs on which Valery Lukyanov before and after gaining worldwide fame, there is nothing to complain about. Today, her nose seems to be more accurate, and the incision of the eyes really seemed to change shape and become wider. However, experts in the field of plastic surgery and makeup claim that such an effect can be achieved without resorting to a clinic. Perhaps it's all a matter of a huge amount of cosmetics and hours of training.

What other operations are attributed to the goddess? 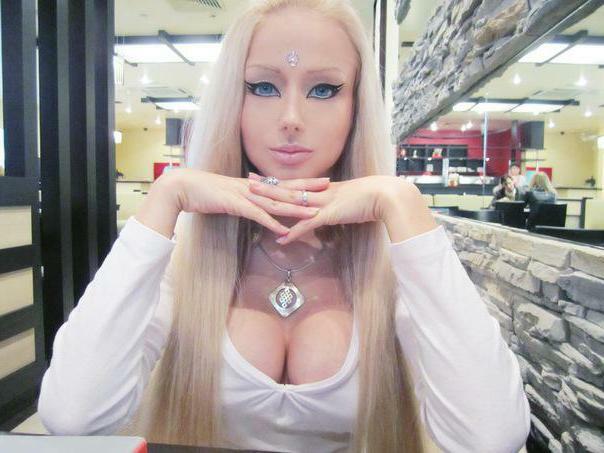 It is worth noting that Lera was not the first to invent an unnatural doll image for herself. People who have chosen as their personal ideal of Barbie beauty or characters from animated films, live today in our country and around the world. In pursuit of perfection, they make plastic surgery and use many other tricks. For example, American Justin Jedlik decided to become similar to Ken - a doll friend of Barbie and for this purpose made as many as 90 operations. And Valery Lukyanov after the operation for breast augmentation told about the transferred intervention and insists that it was and remains the only one. What do they say about the appearance of a girl with experienced plastic surgeons? Many experts say that there were probably more operations, and at least the model regularly makes injections and salon procedures. In particular, in addition to breast augmentation, it is credited with the very minimum: rib removal, liposuction, rhinoplasty, cheyloplasty, blepharoplasty and correction of the shape of the cheekbones. All these rumors, Lera herself, only supports the banning of photographing herself without permission.

And what if all the talk about how much changed Valery Lukyanov before and after plastics - is it true and the operations really were? Plastic surgery is available today, but in order to qualitatively do in a short period of time a whole series of interventions on the body and face you need a solid amount of money. Whence such means at the usual girl? This can be explained quite simply: Valeria herself was born in a fairly prosperous and wealthy family, and when she reached adulthood, she married a businessman from Odessa. Spouse of a living Barbie doll appearance does not have, but has enough money to satisfy any whims of his beloved wife. 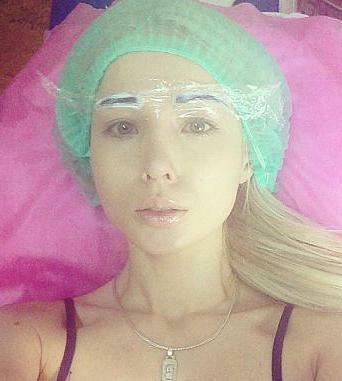 Valeria Lukyanova herself before and after the plasty of the breast today does not hide. But the requests to demonstrate their pictures taken in his youth or childhood, does not react. So, she has something to hide? In her trainings and blogs the girl tells a lot of interesting things. Often she calls herself a goddess or a heavenly creature. Lera knows a lot and talks about esotericism and Indian beliefs. She has repeatedly said in blogs and interviews that she is categorically against plastic surgery. Discontent with her appearance and surgical interventions without acute need, in her opinion, spoil karma.

Valeria Lukyanova: before and after gaining fame 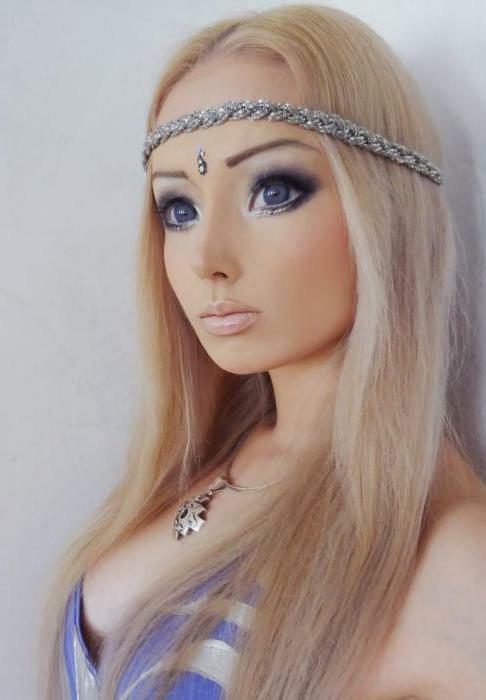 How does living Barbie live now? In recent years, Lera travels a lot, but, visiting her homeland, she hardly leaves home - she is tired of public attention, is engaged in creativity and self-improvement. Lukyanova personally sits in many social networks, distributes her text and video blogs, holds various seminars and master classes. The girl considers herself talented in everything - she tries to give beauty lessons, write books and music at the same time. In conclusion, it can be said that it does not matter how Valery Lukyanov looked before plastic and whether the operations were carried out. Someone likes the images and activities of this girl, but some do not, but Lera does not remain unnoticed in her current role. So, the goal is achieved.