Prostate cancer occurs in the prostate gland located beneath the bladder and forms components of the seminal fluid. This disease is characterized by the rapid spread of malignant cells. They spread to nearby tissues and form tumors. If malignant neoplasm is not treated for a long time, then there is a high probability that the disease can spread to neighboring organs, significantly reducing the possibility of a positive outcome.

What is prostate cancer

Prostate cancer is a neoplasm that refers to a hormone-dependent tumor that develops when there is an elevated testosterone level in the blood. It is worth noting, the more this hormone is produced, the greater the risk of a tumor.

Initially, malignant growth affects only prostate cells, but over time, the tumor spreads to other organs, gaining more serious stages of development. Metastases begin already at the third stage, but cancer of the 2nd degree can also metastasize to other tissues and organs. 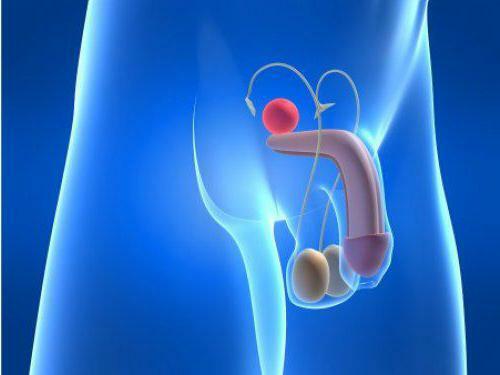 According to the reviews, treatment of prostate cancer of the 2nd degree is very successful under the condition of using complex therapy, since at this stage the germination of malignant cells in neighboring tissues is absent. Also, there are practically no metastases to the lymph nodes and the nearby organs. If treatment is not performed in a timely manner, the consequences of prostate cancer can be very serious, as with the subsequent progression of the disease, metastases pass to neighboring organs and tissues, which complicates the process of therapy. 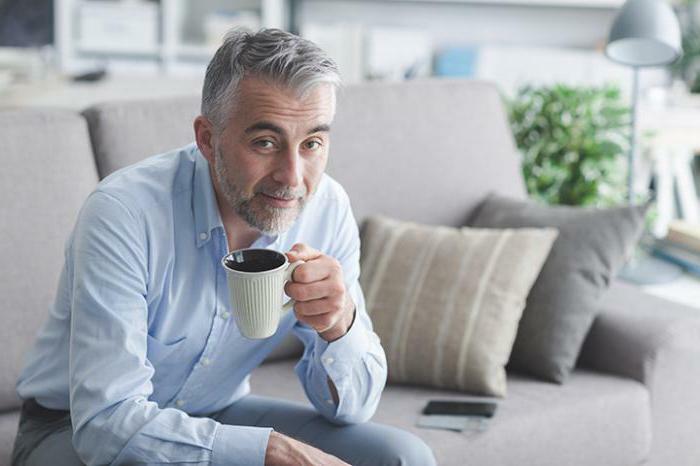 Despite the achievements of modern medicine, the exact cause of the appearance of malignant neoplasm of the prostate has not been fully determined. However, based on the conducted studies it was proved that the disease can occur not only against the background of hormonal disorders, but also in the presence of other predisposing factors, in particular such as:

In addition, the disease can occur in the case of prolonged work in hazardous production in contact with toxic and chemical substances.

The first symptoms of prostate cancer in men at the second stage are not particularly strong. The main signs can be considered complicated urination, the presence of blood impurities in the sperm and urine, as well as a violation of sexual function. All these symptoms are indirect and may indicate the presence of other diseases of the reproductive system of men. 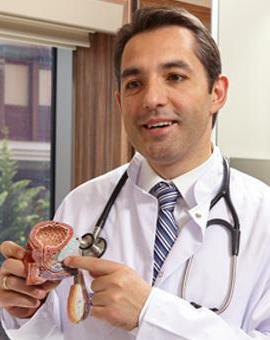 Gradually, the symptoms of prostate cancer in men begin to manifest more strongly when the tumor begins to exert pressure on the walls of the bladder. In this case, the man experiences frequent urge to urinate, but the urine goes very slowly.

In addition, there may be other signs of prostate cancer, in particular such as:

If there are signs of prostate cancer, you should definitely contact the doctor for a comprehensive examination and follow-up treatment.

Even with the most minor problems with urination, you need to contact the doctor-urologist as soon as possible. This symptom is uncharacteristic and may indicate the course of other diseases of the genitourinary sphere of men.

Initially, the doctor performs a palpation method, as well as a rectal examination of the rectum. This method is considered the most simple and allows you to determine the presence of oncology. However, if the tumor can already be probed, then the disease is at the final stage. 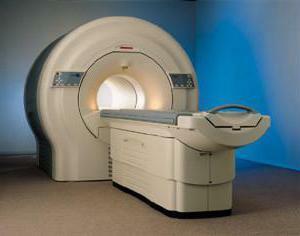 If a malignant tumor can not be probed, the patient is assigned to conduct a study using a blood test fetus to detect a prostate-specific antigen. To make a more accurate diagnosis, ultrasound, X-ray examination, and tomography are assigned.

The final diagnosis can be made after a prostate biopsy. To do this, the fence is performed by a special needle through the perineal region or rectum of a small part of the gland.

Many patients are interested in whether it is possible to cure prostate cancer of grade 2 and what methods are used for this. The treatment of the prostate gland is selected by a specialist depending on the stage of the disease, the age of the patient and the presence of concomitant disorders. In addition, many other factors are also taken into account. The main methods of treatment are as follows:

Chemotherapy for malignant neoplasm of 2 nd degree is extremely rare and only as part of complex therapy with other methods. There are other methods of treatment, but a successful prognosis can only be at the initial stages of the disease.

Surgical operation for prostate cancer of the 2nd degree is a radical method of combating the disease. During the operation, the tumor is excised with the affected prostate gland. Modern methods are based on the application of an automated system.

In some cases, laparoscopy is considered, which is considered the most sparing option. At the bottom of the abdomen, two small incisions are required to insert the camera and surgical instruments. The whole process of the operation is conducted under the supervision of specialists. This method is the safest, allows you to reduce the risk of complications and prevent relapse.

In addition, radiation therapy is provided for prostate cancer of grade 2, if other types of surgery are contraindicated. It implies the irradiation of the prostate by means of special devices. Such a technique does not provoke a clotting disorder and does not affect the cardiovascular system. The prognosis of life expectancy in this case is quite favorable.

As the reviews show, treatment of prostate cancer of 2 degrees with the help of radical prostatectomy is possible. During the surgical procedure, it is possible to remove the prostate tumor without affecting healthy tissue. However, after the operation, urinary incontinence and deterioration of the erection may occur.

Treatment of prostate cancer is carried out with the help of chemotherapy, which is prescribed in conjunction with other methods. This method consists in the use of drugs with toxic substances that affect malignant cells and stop their division. 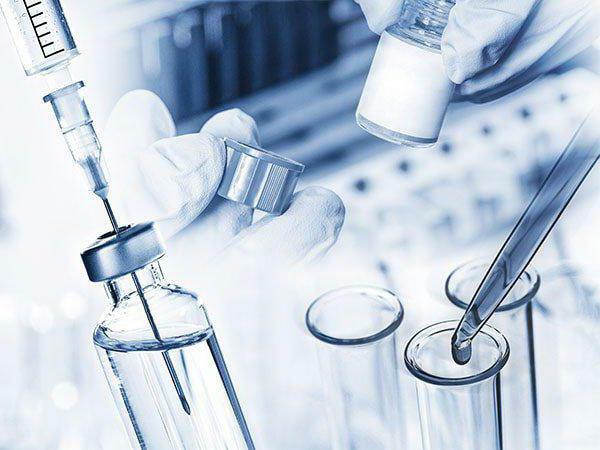 Treatment of 2 grade prostate cancer with pills implies that the drugs act on the envelope and core of malignant cells, provoking their destruction. However, it is worth remembering that this treatment has many side effects, the most common of which are hair loss, weakness, nausea, severe fatigue. The most common drugs are considered to be:

The course of reception of means for carrying out of chemotherapy makes half a year and means under itself application of means in the tablet form or in the form of injections.

Radiotherapy involves exposure to a malignant neoplasm with X-ray radiation that slows the growth of a tumor. Radiotherapy is carried out using a linear accelerator that extends to the tumor and lymph nodes to prevent its proliferation and spread of malignant cells throughout the body.

Radiation therapy is conducted on a course of 5 days a week for 2 months. The procedure itself is completely painless and takes only a few minutes, but after it is carried out, the patient is recommended to rest for 2-3 hours. It is prescribed starting with the second stage of prostate cancer, since irradiation can affect healthy cells, provoking the occurrence of side effects.

An alternative method of treating prostate cancer at stage 2 of the disease is brachytherapy. The essence of this method lies in the fact that under the control of the apparatus of ultrasound in the prostate gland is injected iodinated granules possessing a high degree of radioactivity. As a result, increased radiation is produced in the neoplasm, and tissues located near the tumor are almost not affected. 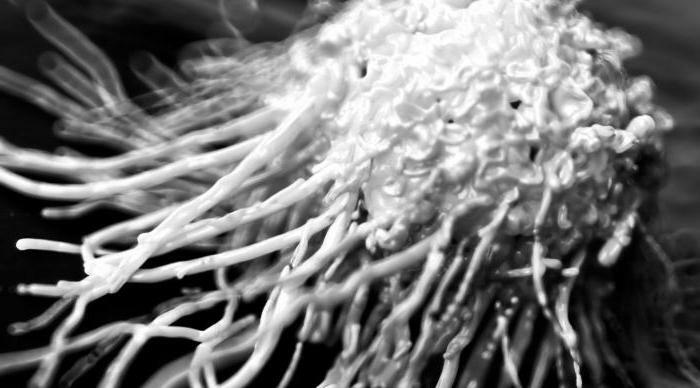 Brachytherapy is characterized by a much smaller number of side effects due to its pinpoint effect. Radioactive substances are introduced only into the prostate and affect only the tumor without affecting the adjacent healthy cells. This increases the effectiveness of the procedure and minimizes side effects.

Prognosis and life expectancy of

Life expectancy for prostate cancer of the 2nd degree is approximately 10-15 years, however, these indices can vary in larger or smaller side. Despite the fact that each case of the disease is highly individual, the prognosis is quite favorable, the survival rate of patients in five years after the diagnosis is almost 100%.

Lifetime in prostate cancer of grade 2 largely depends on the success of the therapy, the age of the patient and the presence of concomitant pathologies. Most patients manage to recover completely, but this requires a competent comprehensive approach to solving the problem.

Studies have shown that proper nutrition for prostate cancer of grade 2 and compliance with the diet will help slow the progression of the disease. Men who ate only vegetable fats, lived much longer. This is due to the lack of metastases. At the same time, the food included mainly oils in salads and nuts. 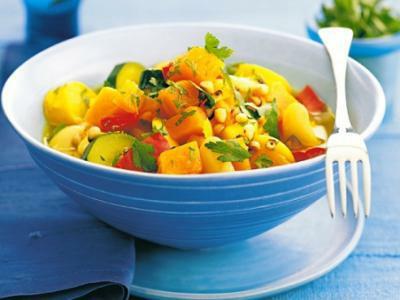 A special diet that reduces the risk of progression of the disease, implies the exclusion from the diet of white rice, bread and confectionery. It is necessary to consume nuts, fish, legumes. Food should be balanced, frequent and fractional.

Proper nutrition is combined with healthy drinks, it is necessary to exclude caffeinated beverages.

Reviews of patients after treatment

Comments on the treatment of prostate cancer of the 2nd degree are different, it all depends on the technique used for the therapy. The most positive reviews are associated with radical prostatectomy, since this technique is much more effective in comparison with hormonal and radiotherapy. It should be noted that during the operation, healthy cells are not affected, and the doctor as precisely as possible determines the area of ​​the prostate, affected by malignant cells.

Negative feedback on the treatment of prostate cancer of the 2nd degree is associated mainly with the problem of reducing erection and urinary incontinence. If the problem is diagnosed in a timely manner and the complex treatment is carried out, the prognosis is quite favorable, since you can quickly get rid of the disease and prevent the occurrence of relapse.