Ultrasound of the brain for children: how it is done, what it shows 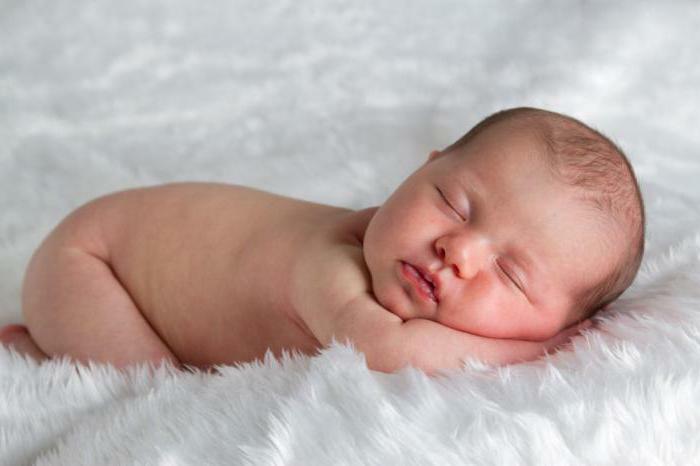 What is the ultrasound of the brain

Today, many babies are born very painful. They have weak health and low immunity. It is not only the negative ecological situation that is to blame for this. Very often, the cause of various pathologies and disorders in children is the woman's irregular lifestyle during pregnancy. That's why doctors are trying to conduct a lot of tests in maternity hospitals. And especially in the event that they suspected any deviation in the development of crumbs. The

brain ultrasound for children is a completely harmless way to research:

This method is also called neurosonography.

This diagnostic is based on the principle of echolocation. The ultrasound machine sends an impulse that passes through the brain tissue. Then it is reflected from them. These signals are captured by special sensors and are transformed on the monitor in the form of an image.

It should be emphasized once again that ultrasound of the brain is perfectly safe for children. The procedure has no side effects. By the time it lasts about 15-20 minutes. Diagnosis can be carried out even at a time when the baby is asleep.

Why the study is conducted for children under 1 year

This diagnosis is really carried out only for infants. For grown-up children it is completely meaningless. This is due to age changes. 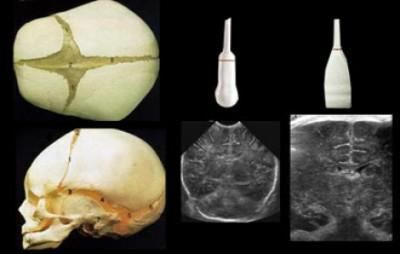 Ultrasonic waves easily penetrate the skin. However, they can not pass through the bones. That's why no brain ultrasound is performed for adults. Since in such patients the skull bones are sufficiently tightly in contact. They do not miss the ultrasound.

A completely different picture is observed in infants in the first year of life. Skull bones in crumbs do not touch tight everywhere. They form fontanel. These are places that have not yet been covered with bone tissue. It is the fontanelles that are the perfect "windows" for ultrasound. They allow to pass ultrasound. Thanks to this the doctor can study in detail the brain tissues of the baby.

Most often, an ultrasound of the head to the child through the anterior large fontanel. It is localized between the parietal and frontal bone. Diagnosis can also occur through fontanels located in the region of the temples or occiput.

After a year, the large fontanel is completely overgrown. This makes it impossible to diagnose.

When an ultrasound is prescribed

Doctors recommend conducting neurosonography to all infants under 1 year old. This will exclude the development of brain pathologies. After all, many ailments can leak stealthily, and for a long time do not make themselves felt.

In this case, there are indications that require mandatory ultrasound of the brain for children.

Study is assigned to: 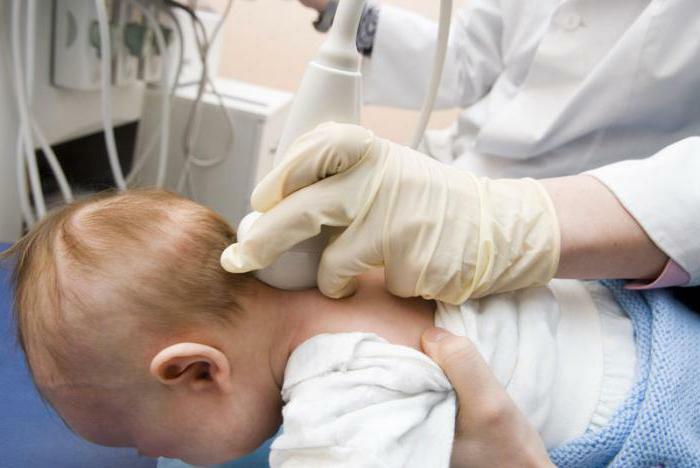 With such indications, the ultrasound of a newborn is compulsory. This procedure may not be required alone.

Most often, parents prefer to conduct ultrasound when a child grows up a little.1 month is the most optimal age. But in those cases when the above-described anxiety symptomatology is observed, the procedure is performed in the maternity home to newborn babies.

At the same time, parents should be prepared to require several such studies. If a baby has a deviation, the doctor will prescribe the appropriate treatment. It is mandatory that a child prescribed by a doctor should receive this therapy.1 month or 2 treatment is performed. Then the crumb is sent for a second study. Ultrasound is necessary in order to control the dynamics of the disease. The doctor should make sure that the prescribed therapy is effective, and the pathology detected in the baby is treatable.

For children in critical condition, this research is a real salvation. These crumbs are performed almost every day. In this case, unlike the X-ray, it does not cause harm to health.

No special preparation for the event is required. But it is important that the crumbs have a good mood. This will help to properly diagnose and significantly reduce the time spent in the office of ultrasound. You can bring with you a bright toy or a bottle of baby food. 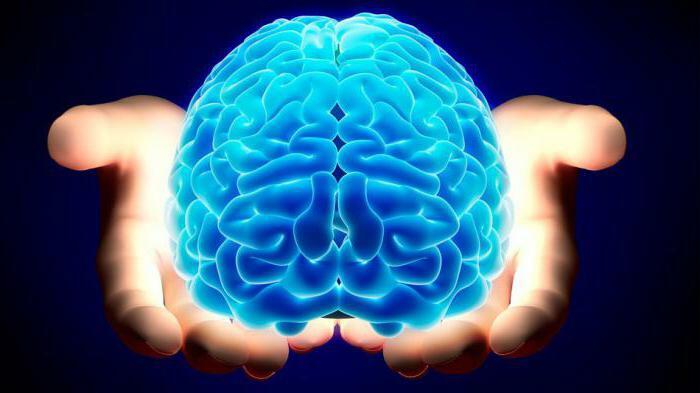 Where to make an ultrasound to a child? The research can be conducted in any private office that has the necessary equipment. Diagnosis is carried out in many medical centers, in which highly qualified specialists work. In addition, some clinics offer ultrasound at home. It is convenient enough for both parents and the child. Mom does not have to break the sleep schedule, feeding. A baby feels comfortable in a familiar, comfortable environment.

In most cases, the diagnosis is carried out through a large fontanel. This event has many advantages. After all, it allows you to understand the state of the brain of the newborn, and in the case of deviations, it is timely to identify pathologies.

During the procedure, the internal structure of the brain, its ventricles, and blood vessels are examined.

Decoding of the results of

Neurosonography reveals structural changes in brain tissues, membranes. In addition, such diagnosis determines the presence of intracranial lesions. For this purpose, ultrasound of the brain of infants is used. The norm is a complete absence of signs of pathologies.

During ultrasound, the condition is determined:

In a healthy child, the ventricles should be of normal size( not enlarged).And in the brain tissues should not be seen any formations. 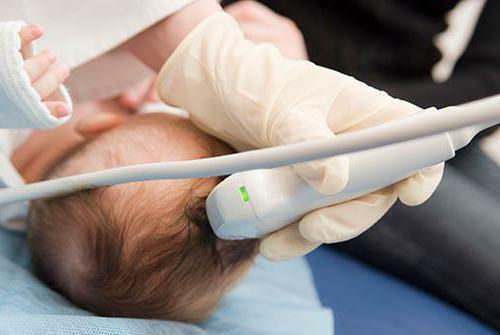 After the procedure, the radiologist decrypts the results. These data will be transferred to a neurologist. In case of any suspicion of deviations, the child will be advised to undergo additional studies. According to the results of ultrasound diagnosis is almost never put.

examination show? Unfortunately, not always performed diagnostics indicates the normal development of the baby. Sometimes it indicates a deviation.

Of course, parents would like to know if there is an ultrasound of the brain, what does this study show? Let's consider what deviations from the norm may be.

This disorder is one of the signs of hydrocephalus. What is this pathology? This is a disease in which a lot of cerebrospinal fluid is in the cavity of the skull. Pathology can be either acquired or congenital.

If we talk about the causes of ailment, then most often its sources are: intrauterine hemorrhage, various infections, as well as malformations.

Visually, these newborns are slightly different from healthy children. They have a large head, a prominent forehead is noticeable. In addition, these springs are dilated with fontanels.

ultrasound can detect an increase in the ventricles. However, based on these results, the diagnosis can not be made. After all, children can vary in size. Therefore, to identify the disease, you need to turn to a pediatric neurologist. He will assess the presence of characteristic symptoms and recommend additional tests of the baby: MRI, CT. 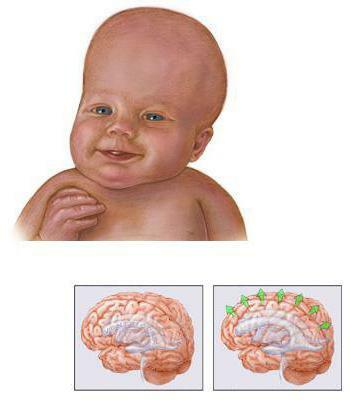 It is localized between the soft shell of the brain and the web. Such a space fills the cerebrospinal fluid. Under normal conditions, its dimensions are not more than a few millimeters.

If the ultrasound shows an enlarged space, the child is suspected of having leptomeningitis or arachnoiditis.

Most often, these pathologies develop against a background of various infections or trauma.

This pathology can be detected even before the birth of a child - in utero. What is the vascular plexus? This is the part of the meninges that does not contain nerve cells. But at the same time it produces the fluid necessary for normal brain development.

Sometimes such a liquid can be "blocked" among cells. As a result, a cavity called a cyst is formed. In most cases, the pathology resolves itself on approximately 24-28 weeks, in the womb of the mother. But sometimes the cyst is preserved in newborn babies, and even children, over the age of one year. These data, as a rule, do not affect the functioning of the brain. Therefore, they do not need special treatment.

Hemorrhages in the substance of the brain, the ventricles

It is quite unpleasant if the ultrasound of the vessels of the child's head showed such a picture.

Hemorrhages in the ventricles are most often observed in preterm infants at 1 week of life. That is why it is recommended that such crumbs have ultrasound of the vessels of the head in the maternity hospital. Hemorrhage within the ventricle, which occurred before the birth of the baby, is, as a rule, quite serious and extensive. In the case of a severe degree of this pathology, the hematoma is detected in the brain. This is the accumulation of blood that has occurred as a result of rupture of the vessel.

Hemorrhage into the brain substance is observed with intrauterine infection, birth trauma, impaired blood coagulability, hemolytic disease, hypoxia. Such pathologies are very serious and need to be observed by a doctor. 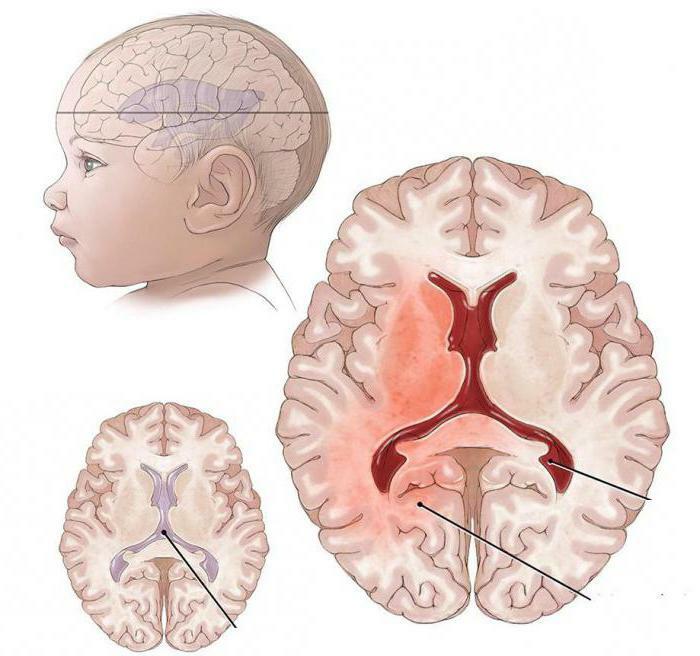 To this pathology leads to oxygen starvation of the fetus. As a result, neurons( nerve cells) die. Most often, ischemia is observed in premature babies, whose lungs did not have time to develop before birth.

ultrasound can detect the death of brain areas. Ischemia is quite dangerous. It can lead to "softening" of tissues - leukomalacia. With such a pathology, the child develops a deviation.

The formation data( cavities containing a liquid) are formed in the arachnoid shell. Arachnoid cysts can lead to squeezing the brain. Often, against such backgrounds, symptomatic epilepsy develops. Most often, such effects are observed if the diameter of the formation is more than 3 cm.

Pathology is not capable of self-dissolution. Cysts can grow in size. That is why a child neurologist should observe the child.