Balneotherapy - what is it? Types of balneotherapeutic procedures, indications and contraindications

Balneotherapy - what is it? The name itself came to us from ancient Greece. In the literal sense it means bathing, bathing, treatment. It is in the bath and consists of the therapeutic effect of balneotherapy. This procedure is prescribed as an additional physiotherapy in the treatment of various diseases, and in rehabilitation activities.

The history of the emergence of

The art of balneotherapy has come to us from ancient times, although it has undergone many changes. Previously, baths with a therapeutic purpose were taken throughout the day. Food and drinks were served directly in the pools, and submerged patients led secular conversations with each other. There was even a procedure called "skin devourer".The essence of it was that due to a prolonged stay in the water, deep and, by the way, painful cracks appeared through the skin, through which the disease "came out". 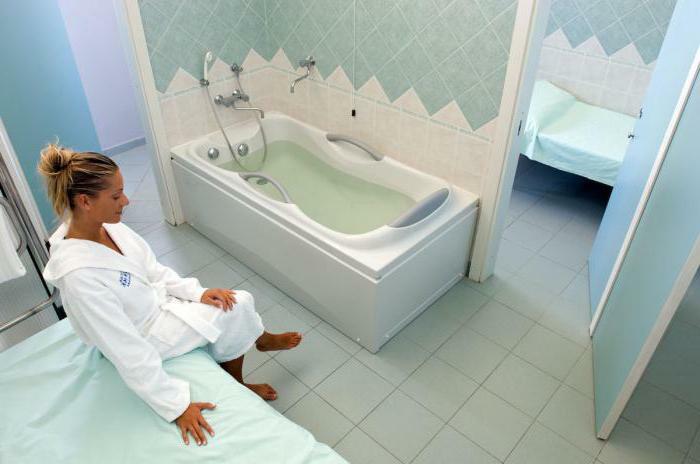 Now wellness baths are taken for 5-20 minutes, depending on the type of procedure. Yes, and drinks with food, of course, no one is serving. In a procedure called balneotherapy, indications and contraindications are strict enough. Their non-compliance can only hurt.

In physiotherapy, a lot of various water procedures. This includes: hydrotherapy, mud therapy and inhalation with washes. All these methods are used in an individual approach to a particular disease and strictly according to the indications. In physiotherapy, a wide application was made of such a procedure as balneotherapy. Indications for the use of this method of treatment are quite extensive and affect the entire body of

. So, hydrotherapy, in another way - balneotherapy, is used as an additional treatment for the following ailments:

What does balneotherapy look like? Photo procedures leave only pleasant impressions, and the process itself helps to relax and relax.

Doctors do not recommend

Despite such an extensive list of diseases in which various baths are shown, we assure you that this is not an inoffensive hydroprocedure. Balneotherapy contraindications has the following:

The most common and well-known method of balneotherapy is bathing in mineral waters. Such procedures very favorably affect the human body. Many people, especially the elderly, often go to a sanatorium where balneotherapy is conducted.

Baths are filled with mineral water from natural sources. Sometimes the fluid is produced artificially. The independent creation of mineral water for baths makes it possible to apply them more widely, including for home therapy.

Kinds of mineral baths and their effect on the body

Water for mineral water treatment can be completely different in composition. And the therapeutic effect of balneotherapy in most cases is determined precisely by the chemical composition of the fluid used. Let's consider some of the most common procedures. 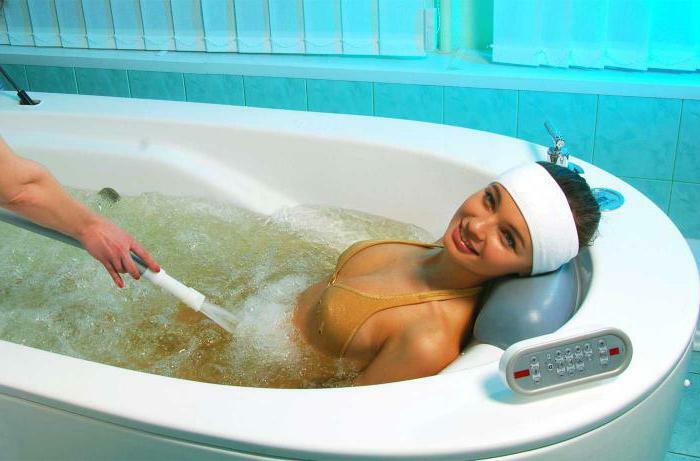 We have considered only the 5 most common and almost universal baths in use, but there are a lot of them. Each of these procedures by its action will differ from the others and have its own narrow specialization. What kind of bath you should take, the doctor should decide.

Shower balneotherapy - what is it. Along with the baths, other procedures are very common. They have found wide application in physiotherapy, as they contribute to the effective elimination of symptoms of many unpleasant diseases. Types of therapeutic showers:

Rules for the implementation of procedures

Although the methods of balneotherapy may differ greatly from one another in both the technique of taking and the result, there are certain general rules that must be observed. All water procedures have a strong influence on the body, and with negligent attitude towards them, they can cause significant damage to health.

Balneotherapy - what is it in a nutshell? This is the therapeutic effect of mineral waters on the body. It has three components:

Drinking balneotherapy - what is it? Mineral water can not be consumed just when you want. This is the same physiotherapy as taking baths or irrigation. The intake of water is prescribed by a doctor and requires strict adherence to the rules. Such products also have a difference in their chemical composition and are used as a medicine.

Natural mineral water is bottled. The peculiarity of their positive properties comes from the combination of thermal and chemical components. Treatment of the whole body begins through the digestive tract and excretory system. You should carefully monitor any changes in your health, so that in case of any worsening( for example, pain in the stomach, pancreas and kidneys) immediately stop treatment and consult a doctor.

The balneological response is the body's response to water procedures. It can manifest as an exacerbation of the existing disease.

There are several degrees of balneoreaction:

Of course, any balneoreaction is not desirable. Each case is considered individually, and the termination of such procedures is possible at any stage. That's why you should not self-medicate without a doctor's supervision.