Lesha - Nihan syndrome is classified as a hereditary disease that is associated with a metabolic disorder. The disease manifests itself from the first months of life. It is dangerous because there is no specific therapy against it. Treatment helps only to stabilize the condition, but not to heal the child completely, eradicating the cause. What are the features of this pathology? What is the probability of developing such a syndrome?

Among the rare violations of purine metabolism, Lesha-Nihan pathology is distinguished. The syndrome is more common in boys, since it is linked to the X chromosome. It is associated with enzyme deficiency, as a result of which the exchange of uric acid is disrupted, its amount increases. Accumulation of this substance is manifested by a number of neurological and metabolic manifestations, on the basis of which the disease can be suspected. Strange behavior of the baby requires a medical examination, which includes the collection of general tests and genetic examination.

What is Lesha-Nihan syndrome associated with? The causes of this pathology lie in genetic disorders. This means that the development of pathology leads to the presence of a recessive gene in the mother - the defect is linked to the sex. The development process is described below. However, the presence of such a gene does not always lead to the development of the syndrome - the probability is 25%.In order to assess the risk of developing pathology, it is recommended to conduct medical genetic counseling. 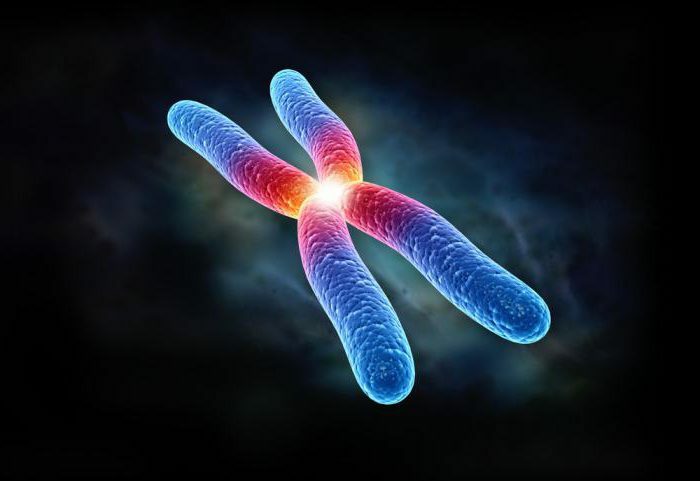 Lesch-Nihan syndrome( inheritance type is recessive, linked to sex) is a serious hereditary disease. It is associated with the defeat of the HPRT gene( hypoxanthine-guanine phosphoribosyltransferase), which is located on the X chromosome - on its long shoulder. Women have two such chromosomes, and one for men, which is why a genetic disorder is more common in the stronger sex. Cases of the syndrome in women are quite rare, and its appearance can be explained by inactivation of the X chromosome.

In connection with enzymatic disorders, Lesch-Nihan syndrome manifests itself. His biochemistry is the deficiency of hypoxanthine-guanine phosphoribosyltransferase. Under normal conditions, this enzyme is present in all cells, but more of it is found in neurons of the brain. Genetic disorder leads to its absence, as a result of which the metabolism of hypoxanthine is disturbed. Due to this, an excessive amount of uric acid is produced, which is found in urine and blood tests. That is why patients have gout symptoms.

features a cerebrospinal fluid. It increases the level of hypoxanthine, not uric acid. This causes neurological abnormalities, and uric acid through the blood-brain barrier can not pass. The etiology of behavioral disorders has not been established at the moment. Scientists do not associate it with excess hypoxanthine and uric acid. There is an opinion that hyperuricemia leads to a lack of dopamine. The increased sensitivity of D1 receptors located on striatal neurons is formed. This can lead to increased aggression. 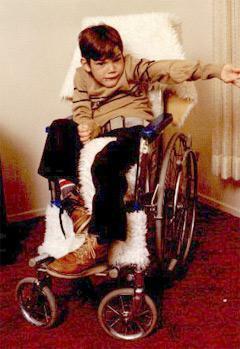 Genetic disorders are related to the way Lesch-Nihan syndrome manifests itself. Symptoms of pathology primarily reflect the defeat of the nervous system. Patients are concerned about a pronounced convulsive syndrome, with seizures that seize certain muscle groups. Hyperkinesis is also common, manifested by twitching of limbs as a result of spontaneous increase in muscle tone. Children with such a syndrome lag behind in both physical and mental development: their speech is indistinct, perhaps the beginning of a walk. Influence on the function of the vagus nerve leads to an increase in the emetic reflex: the emptying of the stomach occurs for no reason. In addition, paralysis and epileptic seizures are not uncommon. The disease is associated with a metabolic disorder, resulting in specific manifestations. For a day, as a rule, a large amount of urine is released, which is associated with a constant thirst and renal pathology. Uric acid accumulates in the ear lobes, leading to the formation of so-called tophi. Urine crystals with an orange color are found in the urine. In addition, joints, usually small ones, are involved in the process. They develop an inflammatory process - arthritis. Does Lesha-Nihan's disease affect the lifestyle and habits? The syndrome seriously changes the behavior of the patient due to the defeat of the central nervous system. The child becomes very restless, his mood is constantly changing. Attacks of aggression deserve special attention, which can arise without a reason at any moment. These children have a tendency to self-harm, that is, they are biting themselves and combing themselves. This is considered a characteristic symptom of pathology. Even maintaining full-fledged pain sensitivity does not stop patients. They can scream in pain, but continue to hurt themselves. 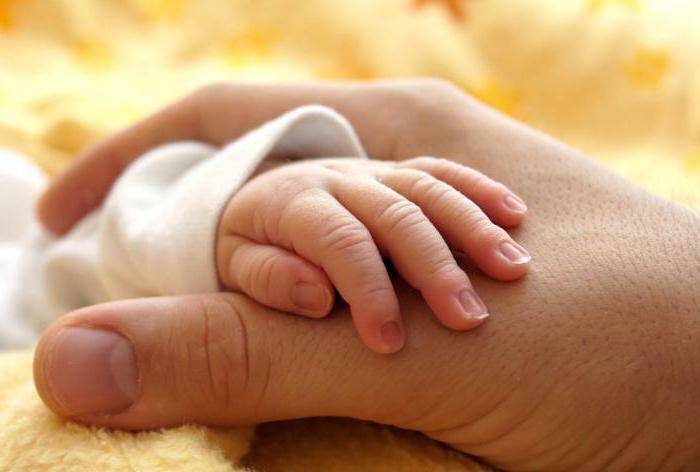 The diagnosis of "Lesch-Nihan syndrome"( photos of patients is presented in the article) is based on clinical examination and special additional methods of investigation. Assume the pathology will help the three main symptom complex. Pay attention to muscle disorders of convulsive nature, propensity to self-harm and polyuria. A special role is played by traumatizing oneself, which should alert the parents. After revealing the symptoms, the child is referred for analysis of urine and blood. Biochemistry will determine the level of uric acid in these biological fluids. It is also necessary to carry out a genetic examination that will confirm the diagnosis. It is recommended that kidney ultrasound be used to detect pathology in them. After confirming the disease, the child becomes registered with a neurologist and rheumatologist.

Pharmacological and non-pharmacological methods help to correct the Lesch-Nihan syndrome. Treatment is aimed at preventing complications and improving the condition. To reduce the risk of developing kidney failure, it is necessary to reduce the level of uric acid, which is achieved by "Allopurinol".It is recommended to use "Diazepam" to calm the patient and to avoid attempts to damage himself. It is possible to take other sedatives. An addition to this requires constant monitoring of behavior. With aggressive attacks, the prescription of "Risperidone" is possible. In addition, stressful situations should be avoided. This will help the patient to adapt to the environment around him and get in close contact with other people. Support of relatives is an integral factor that will help to correct behavior. To protect against self-harm, swaddling or soft gloves is recommended. Previously, often used to remove the teeth, in order to exclude bites. At the moment, the development of medicine, in particular dentistry, allows the use of special plates that are worn on the teeth, without causing discomfort to the patient. As with most pathologies, complications are also present in Lesch-Nihan's disease. The syndrome can lead to the consequences associated with the accumulation of uric acid and hypoxanthine. These violations shorten the life expectancy and do not allow for a normal adaptation in society. Among the pronounced disorders are arthritis and nephrolithiasis.

Inflammation of the joints is associated with subsidence of uric acid. The accumulation of its crystals has a destructive effect on the cartilaginous tissue and its environment. As a rule, the joints of the feet and hands are affected. In the field of inflammation there is soreness and hyperemia. Pain syndrome increases with movement. 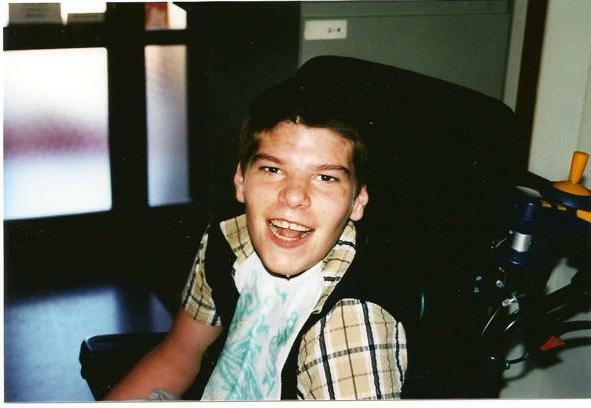 Nephrolithiasis( or kidney stones) can lead to complications such as pyelonephritis. The kidney pelvis is involved in the inflammatory process. Infection can spread by hematogenous or urinogenous pathway and affect fiber and interstitium. When the inflammation passes to the chronic stage, processes of irreversible sclerosis are triggered. The development of pathology leads to the formation of severe renal failure. It is especially dangerous to replace the structural elements of the kidney with connective tissue, it is irreversibly disrupting its function - the allocation of substances that are unnecessary to the body.

This is the peculiarity of Lesch-Nihan pathology. The syndrome is completely incurable. Therapy is aimed at reducing clinical manifestations and stabilizing the condition. A large role in this is played by the environment of the patient and the conditions of life.