Recently, there are more and more new methods of treatment. Each of them allows to cure serious pathologies with minimal complications for the organism. One of such methods is transcranial electrostimulation. What is this method, when it is used and what are its contraindications?

What is transcranial electrostimulation?

This is a new technique of selective activation of the protective mechanisms of the brain with the help of rectangular pulsed currents of short duration, about 4 ms, and low frequency, from 50 to 200 Hz. 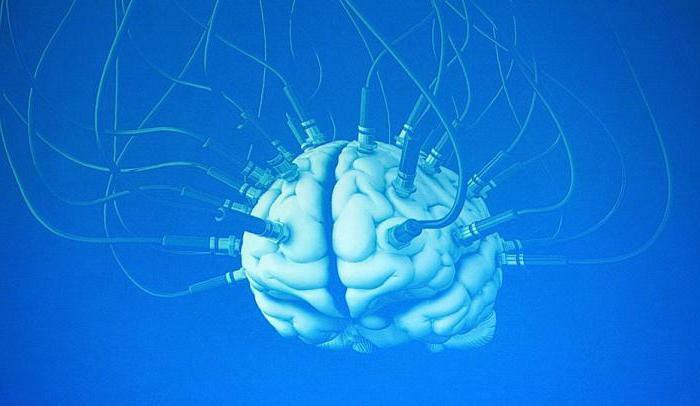 Low-frequency impulse currents pass through the liquor space and selectively irritate the endogenous opioid system of the brainstem, provoke the release of neurons from the trunk of betta-endorphin and enkephalin. Their content becomes more than three times. Opioid peptides do not provide the possibility of carrying out impulses from the focus of pain at the level of the horn of the spinal cord. But transcranial electrostimulation - what does it cure?

As early as the beginning of the 19th century, the first studies of stimulating currents on the brain began. The first such studies were conducted by a physiologist from France Ledyuk, and after that Russian scientists joined. Significant results in those days, alas, no one to achieve and failed.

In the early 80s a scientist from Russia, Lebedev, conducting his research, slightly changed the parameters of the currents and chose the best localization of the electrodes affecting the brain. In all the studies, he was able to obtain accurate data and recorded that an analgesic effect in humans can be achieved using a pulse current frequency of 77 Hz if the sensors are installed in the front-occipital area. If all the parameters are observed, the analgesic effect can be saved almost 12 hours after the procedure. Currently, these currents are used when transcranial electrostimulation is used.

Transcranial electrostimulation is currently used with the same parameters that were established even more than 35 years ago - the current frequency is 77 Hz, the pulse duration is about 4 ms, and the current strength is 300 mA.It is these figures that enable the activation of opioid structures of the brain and release beta-endorphins. This effect makes it possible to stop pain, as well as significantly reduce the dose of drugs required for anesthesia during surgery.

In addition to analgesia, transcranial electrostimulation( TES) also has such therapeutic effects:

In addition, transcranial electrostimulation has shown its effectiveness in the treatment of pathological dependencies: it removes symptoms of withdrawal syndrome, cravings for drug use and alcoholic beverages by stimulating the opiate system. It is thanks to this organism that it does not require regular intake of narcotic drugs and alcohol.

Also very good results transcranial electrostimulation showed when recovering the patient after severe burns. Provoking an analgesic effect on the body, eliminates the vasospasm caused by stress in the area where the tissues are affected, and also improves blood flow. In parallel, the brain stimulates the production of somatotropic hormone, which increases the synthesis of endogenous protein, which contributes to the acceleration of tissue repair and regeneration processes.

It was also noted that after the procedure in children of school age is better adapting to the study, especially in children with hyperactivity syndrome. The memory and perception of information improves significantly.

Brain stimulation with current pulses has many advantages:

When is electrostimulation of the brain shown?

Transcranial electrostimulation readings are as follows:

What is transcranial electrostimulation that it treats is understandable, but it should be remembered that any method of therapy has not only indications, but contraindications, this procedure is no exception.

When is it not recommended to perform the procedure?

Transcranial electrostimulation of contraindication for carrying out has the following:

Now it is necessary to understand how this procedure is carried out.

How does TPP pass and on what device?

A few years ago, the procedure could be carried out only within the walls of a medical institution under the supervision of a doctor, but now, thanks to modern developments, a new device appeared - the transcranial electrostimulation apparatus of the alpharius. 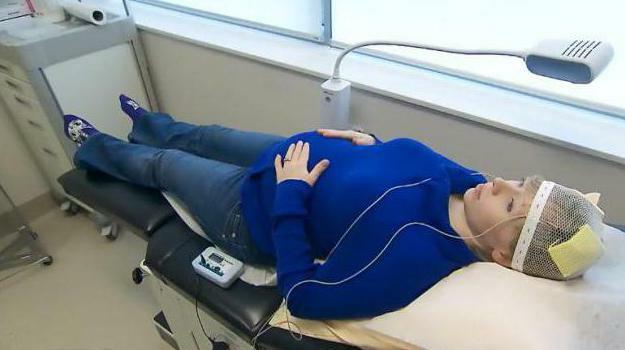 The principle of operation of this device is based on stimulation of alpha brain rhythms, restoration of normal work of other biorhythms, increase in the concentration of serotonin, acetylcholine, meth-enkephalin and beta-endorphins.

The device is based on precision technology, thanks to which it is possible to generate a complex sequence of current pulses.

The transcranial electrostimulation device is an excellent alternative to medicines, especially when long-term treatment is required. During the procedure, the patient feels pleasant relaxation, lightness in the whole body and clarity of thinking. The device is easy to use, so it is recommended for both medical institutions and for home use.

It is used for various pathologies, including in gynecology.

TPP of the brain in obstetrics and gynecology

It is no secret that the exposure to the human brain can cure a large number of diseases. Transcranial electrostimulation in gynecology is indicated for treatment of abnormalities of the reproductive system in women:

But this method of therapy is allowed to be used in the treatment of not only adults but also children. So, transcranial electrostimulation is used for children with speech disorders and other conditions.

The use of electrical stimulation in children

Recently, there have been frequent cases of treatment of parents who complain about the speech of their child. Speech is a complex mental process, the form of the highest nervous activity. The second signal system in a person develops throughout his life and reflects his thinking activity.

In the implementation of the speech involved different parts of the brain, cortical speech zones: auditory, locomotor, visual. In the left hemisphere in the zone of the temple there is a perception and differentiation of auditory stimuli, in other words, the process of speech recognition. And the lower frontal gyrus, located in the left hemisphere, serves as a speech utterance, in the visual area there is recognition of graphic written speech. 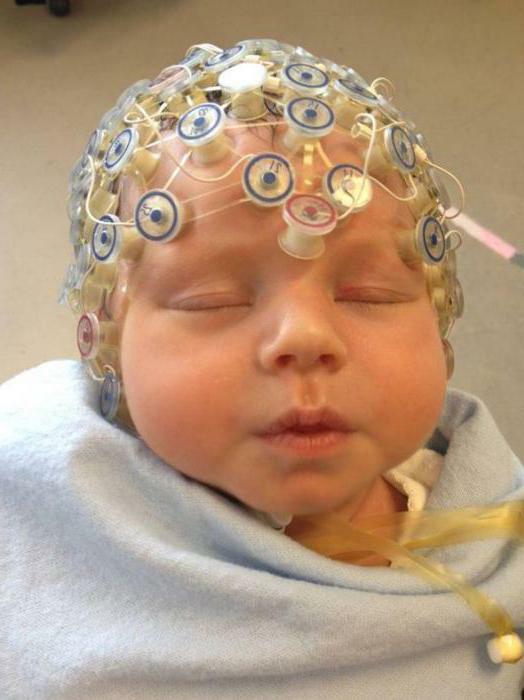 Transcranial electrostimulation of the brain allows you to influence the desired areas and solve problems with speech in the child. Many parents who could test the therapy on their baby, after the first course of therapy, and 8-12 sessions, noticed that the speech of the child has significantly improved. Few people after this go through a second course, a few sessions with a specialist - and everything is getting along very quickly.

Also very good results transcranial electrostimulation of the brain has given in the treatment of children with cerebral palsy. Thanks to this kind of procedure in children with such a diagnosis:

But it is worth remembering that the prescribing procedure should be a doctor who has been watching a child with such a serious pathology for a long time. Only he can say in which case it is allowed to apply the procedure, and when she can do harm, because she has contraindications, which are written above, but each kid can have his own individual characteristics.

Thermal power plants in the treatment of alcoholism and drug addiction

Transcranial electrostimulation of the brain, the feedback of many patients confirm this, perfectly helps to fight alcohol and drug addiction. But only the specialist should carry out the procedure using modern apparatuses.

In the treatment of addiction, the main thing is to minimize the natural consequences arising from a sharp refusal to take drugs and alcoholic beverages. The withdrawal syndrome is very frightening for patients, besides, psychological discomfort is additionally added. Also, many addicts dependent on the addictive condition also reveal other neurological disorders.

TPP-therapy allows not only to remove the withdrawal syndrome and to normalize the work of some internal organs, but also to improve the psychological state. In addition, there is no getting used to the procedure. A positive effect can be noticed after the first session, and with time it only increases.

Transcranial electrostimulation of the brain, patients' testimonies to that testify, normalize the mechanisms of vascular regulation, remove all signs of hypertension and depressive state. But the main effect of the therapy experts believe the complete disappearance of craving for drugs and alcohol. If you apply this procedure by the course, you can greatly increase the comfort of therapy, minimize the risk of relapse and return to addiction.

In addition, it has been proved by many patients that, thanks to therapy, wounds on the skin and mucous membranes of internal organs very quickly heal. Many patients who have long been addicted to drugs or alcohol have ulcerative disorders in the stomach and duodenum. Due to impulse effects, regeneration is very fast, which means that the patient's quality of life improves significantly, he can avoid serious consequences with his health in the future.

In simple terms, TPP therapy not only removes the addiction, but also heals all wounds that have been inflicted on it. Used in the treatment of patients who have long abused drugs or alcohol, it offers a number of advantages:

How is the procedure performed?

Electrostimulation is carried out in a comfortable environment for the patient, he can take a sitting or lying position. In the first session, the patient is introduced to how the therapy is performed, and he adapts to it. The doctor selects for each a certain amount of current, the time spent no more than 20 minutes. During the procedure, the doctor closely monitors the patient as he transfers the therapy. It is necessary for him in order to assess the clinical effect and in the future to choose the optimal value for the operation of the equipment.

Since the second session the duration of the procedure is 2 times longer, it is carried out every day or every other day. If the patient has severe abstinence syndrome, then in this case the doctor can recommend taking therapy twice a day, but necessarily with an interval of at least 10 hours. 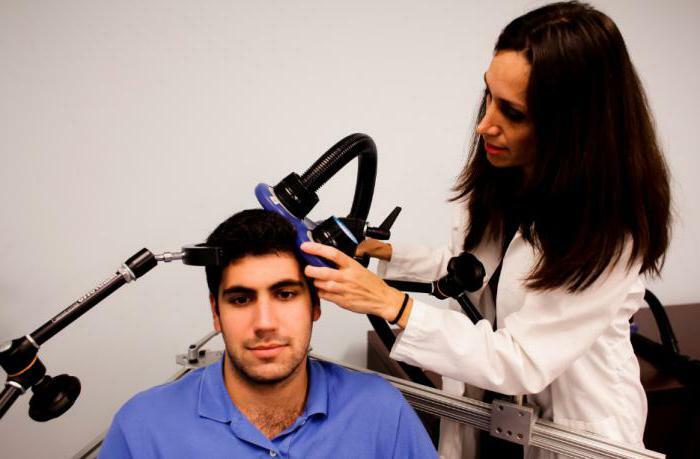 After the session, the patient should rest for half an hour. To achieve maximum effect, you need to pass at least 12 sessions. You can repeat the course after 2-3 weeks.

Summing up the foregoing, it can be accurately said that the effect of transcranial electrostimulation, reviews of many patients confirm this, the maximum. Those who have already tried the procedure on themselves, say that it is aimed at one thing, and as a result it allows to cure in addition other diseases. So, with the example of an alcohol-dependent patient, you can accurately say that thanks to TPP therapy, not only does a person get rid of addiction, but also restores his body after a heavy drinking-bout. Recurrence after treatment does not occur, life completely changes for the better, the same happens with those who were addicted to drugs.

Also electrostimulation with small currents on certain areas of the brain in a child allows to improve speech and even alleviate the symptoms of cerebral palsy. But it is worth remembering that only properly prescribed treatment can give the desired result, so therapy is better spent under the supervision of a doctor. Although currently there are such devices that allow you to conduct such sessions at home, but the first procedures are better done together with a specialist who will explain all the details of the conduct.