The "elbow of a tennis player"( or lateral epicondylitis) is a chronic disease characterized by painful sensations and an inflammatory process in the ulnar zone( namely at the junction of the muscles with the epicondyle of the humerus).

The cause of the disease "tennis elbow" are unnecessary strain on the muscles, forearms and tendons of the hands. Most often, this disease affects players in big tennis. Athletes, performing monotonous repetitive strikes on the ball with a racket, subject the muscles and tendons to a huge load, which causes the development of lateral epicondylitis, most often right-sided.

Sometimes such a disease, striking parallel all the neighboring areas: muscles, ligaments, tendons and periosteum - can be caused by a trauma or an elbow injury. Often the lateral epicondylitis is combined with osteochondrosis of the cervical and thoracic spine.

"Tennis elbow" is characteristic of half of tennis players and 14% of the total population. The female sex affects this disease less often than the strong half of humanity( in the age category 30-50 years).

The presence of lateral epicondylitis in the body can be determined by pain in the ulnar zone, the posterior surface of the forearm, the region of the epicondyle, the hand or fingers. 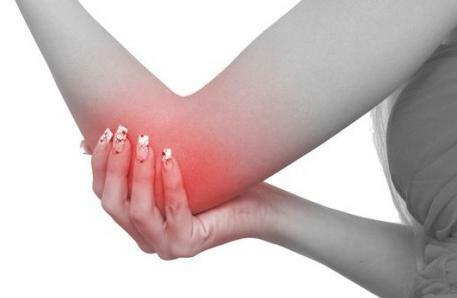 At first being insignificant, the pain sensations gradually increase, increase with strong compression of the fist, handshake, hand grasping of certain objects or lifting of minor weights: it can even be a mug with water. Any simple movements in this disease, which has a progressive nature, subsequently become unbearable torture.

"Tennis player's elbow", the treatment of which consists in the use of complex therapy, is easy to diagnose at the initial stage of development, revealing tissue edema and muscle ruptures of extensors.

Treatment of the syndrome of "tennis elbow" is carried out in a complex way and is aimed at reducing the load in the ulnar zone, removing pain and inflammation, complete regeneration of the affected organ and its strengthening. Effective therapy and rapid recovery will ensure timely access to medical personnel at the first sign of the disease. How to treat "elbow tennis player"?At the initial stage, the affected body is required to provide complete peace. With a mildly expressed pain syndrome, self-massage in the muscular area and application of dry heat will be required. 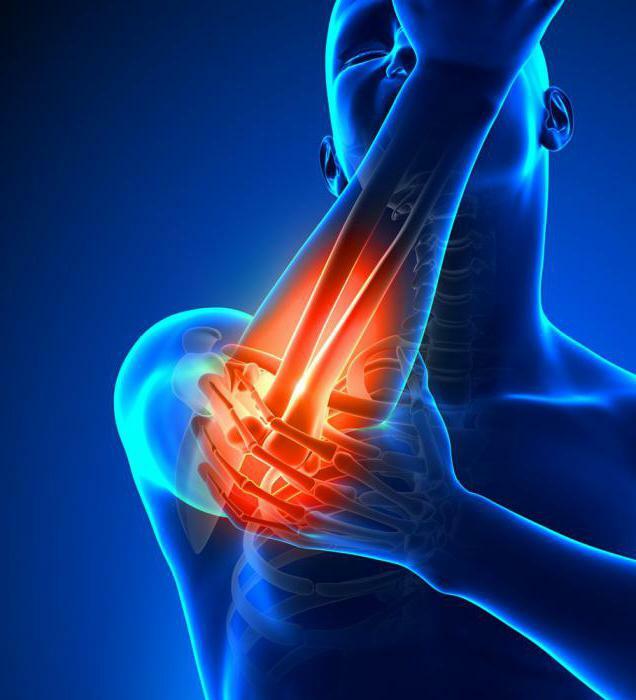 Non-steroidal anti-inflammatory and analgesic drugs are effective: "Ibuprofen", "Orthofen", "Indomethacin", "Butadion", "Diclofenac"."Elbow of a tennis player" is effectively treated by physiotherapeutic procedures( laser, electrophoresis of novocaine or hydrocortisone, ultrasound, sinusoidal currents).In the morning and evening on the ulnar area it is recommended to apply iodine mesh.

To fix a damaged arm, it is always worth using an elastic bandage or orthosis applied in the form of a figure eight."Elbow tennis player" quickly heals in the case of using such special bandages that support the elbow joint, providing a reduction in the load on the arm and protecting against various injuries. In acute pain, the hand is suspended on a scarf or a bandage of plaster is applied on it( for a period of 3 to 5 weeks).

In the treatment of this disease, recipes of traditional medicine, whose action is aimed at getting rid of ulnar pain and relieving inflammation, are well established. An effective tool is a comfrey plant whose roots and fresh crushed leaves( 1: 1) are required to be combined with 1/4 part of the melted honey and 1/4 part of the vegetable oil. All this must be grinded to a homogeneous mass and applied warmly to the affected area. From above it is necessary to impose a layer of gauze, compress paper, bandage and leave for a day. Store the medicinal paste should be in the refrigerator for 2-3 weeks or in the freezer for several months. In case of proper treatment, after a short time, one can forget about such a disease as "the elbow of a tennis player".

Treatment with folk remedies involves the removal of inflammation of the epicondyle with onion, combined with tar. For its preparation, it is required to cut a bulb into two parts, to drip two drops of pine tar into the middle of the halves. Both halves must be applied to the aching joint in the supracondylar zone. The dressing should be fixed and left for 30 minutes. Treatment should be done twice a day.

Milk compress against the inflammation of the elbow

A milk compress is very helpful, for the preparation of which it is required to heat the milk up to 60С⁰ by dissolving the ground propolis: a teaspoon into 100 ml of liquid. A warm milk mixture requires impregnating a gauze napkin, wrapping the affected joint with it, covering it with parchment paper and warming it. Compress leave for 2 hours. Treat for 20 days twice a day.

As the patient cures, the patient can gradually start practicing physiotherapy exercises and slowly return to normal loads while accelerating his own recovery at home. For this, it is recommended to spare muscles, not to make sudden movements, to perform light physical exercises, the action of which is aimed at strengthening and stretching the muscles and tendons around the ulnar zone. 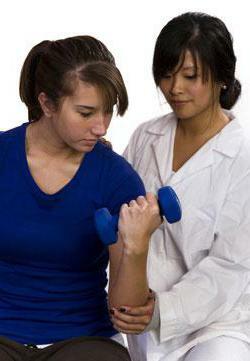 As a rule, the predictions of tennis elbow treatment are favorable in 95% of cases. 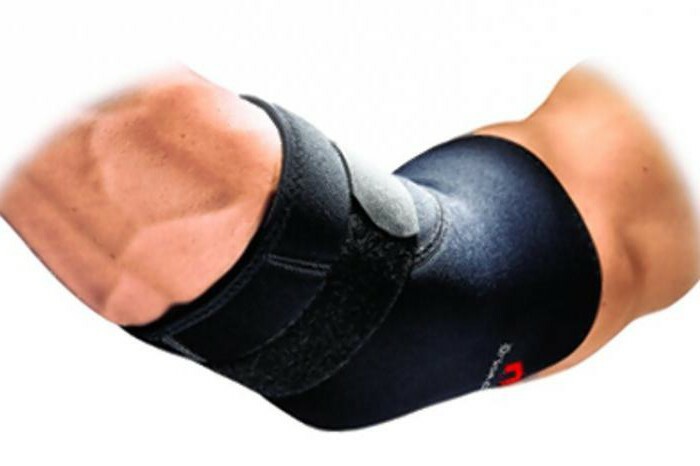 In rare cases, conservative treatment is powerless and one has to resort to surgical intervention.

To prevent this disease, it is recommended:

Quenching procedures for tendon diseases are highly contraindicated. This can cause a prolonged vasospasm, than delay the cure for an indefinite period.