Smoking child - what to do? Passive and active smoking

Smoking a cigarette, an inveterate smoker rarely thinks about what inconvenience and harm he does to those around him. First of all, it concerns the closest ones - the family. To inhale the clubs of "fragrant" smoke is not pleasant to everyone, but, unfortunately, not everyone thinks about it, putting on the first place their own selfish desires. And if the family is facing such a problem as a smoking child, then panic can begin. What to do? 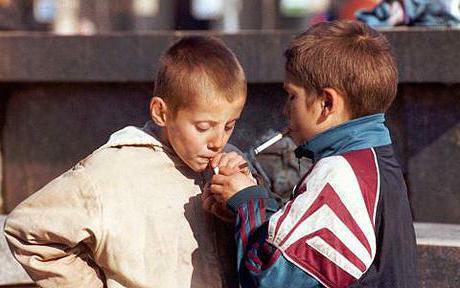 How the habit of

arises Smoke of cigarettes is a cunning enemy. Its harmful effect on the body is not immediately apparent, unlike the habit, which is formed quite quickly. The desire to smoke occurs with nervous tension, after eating and when it becomes boring. The familiar ritual of deep tightening creates the illusion of employment, the smoke of cigarettes relaxes and soothes. In this case, nicotine alkaloids, which eventually cause persistent addiction, settle on the mucous membranes of the respiratory tract and penetrate the blood vessels through the blood vessels, where they actively influence the nerve receptors responsible for pleasure. Thus, the psychological causes of the habit are closely intertwined with the causes of the physiological. 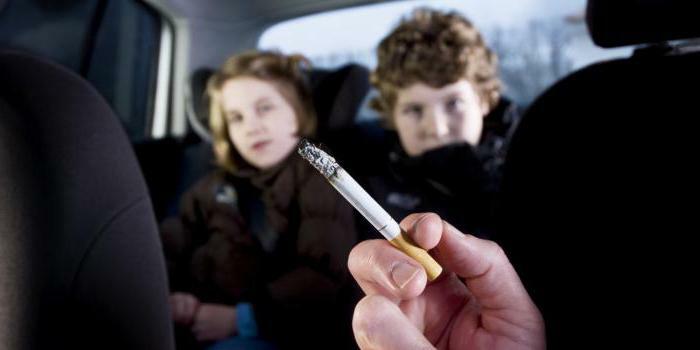 The effects of nicotine narrow the blood vessels, respectively, the brain and internal organs deteriorate. Vision is impaired, lungs become polluted, there is a "smoker's cough", chronic bronchitis, accompanied by a morning cough with an unpleasant expectoration. In addition to nicotine, tobacco smoke contains a variety of carcinogenic resins, radioactive polonium and poisons such as formaldehyde, arsenic, cyanide. These harmful substances are not eliminated from the body completely, accumulating over time and promoting the regeneration of healthy cells into cancerous cells. But these processes are sufficiently delayed in time, therefore, no doctor will indicate as direct cause of the disease smoking, only as a co-factor. Causal relationship as it is broken, smokers have no fear that his habit will inevitably lead to a deterioration in health. 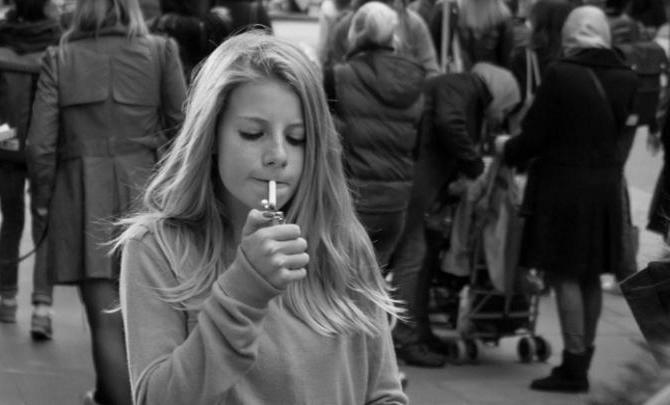 Smoking can be active when a person deliberately exposes himself to the effects of nicotine, and passive when the product of burning cigarettes is inhaled by surrounding people. So-called passive smoking is especially dangerous for kids. Smoking parents put their children in danger. Quite often their smoking causes allergic reactions, asthma, chronic bronchitis in their offspring. Even a smell emanating from the mouth and from the clothes of the mother who had just smoked a cigarette, not to mention the nicotine he receives with breast milk, is harmful to the baby. During pregnancy with each puff, a woman provokes an oxygen deficiency in the fetus, which can adversely affect later his mental abilities and cause congenital physical and neuropsychological underdevelopment. Smoking of parents in front of a teenager causes psychological addiction to the process, it seems normal and makes the first step to a cigarette easier. It is not necessary to think that if a healthy child was born to smoking parents, then in the future there will be no problems. Unfortunately, they can occur much later, not only in the child himself, but also in his descendants. 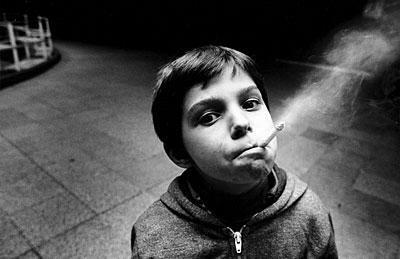 If a child smokes

A smoking child today, unfortunately, is not a rare phenomenon. In a teenage environment, strict morals prevail to appear more mature and steeper, children begin to smoke and use obscene language, try alcohol. Not necessarily a smoking child will go on an inclined, but the chances of this are greatly increased. These children often slow down their growth, the work of the digestive tract worsens, dyspnea appears, the heart rhythm is disturbed. Because of nicotine dependence, cerebral blood supply first of all suffers, which drastically reduces its function. Memory and logical thinking are broken, concentration and coordination are deteriorating. Slowly, almost imperceptibly, the hormonal background changes. The teenager becomes more abrupt, nervous, during puberty there may be problems with underweight or, on the contrary, with its excess. Girls are not infrequent menstrual irregularities, young men failures in the sexual system. 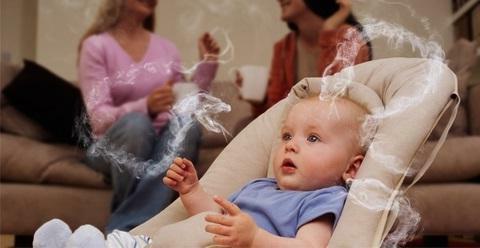 Statistics show that children smoke cigarettes for the following reasons: 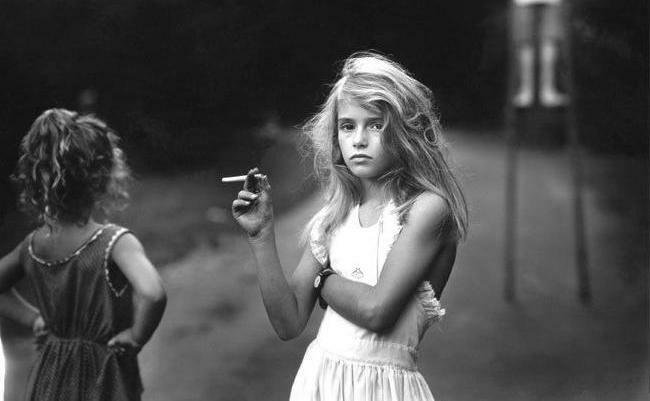 What to do if the child starts smoking

Do you have a smoking baby? What to do? You do not need to scream or beat it, it usually gives the opposite effect. In a conversation, it's better to use the arguments "I'm very upset", "I'm worried" and not "you upset me," the transition to personalities causes aggression and a desire to defend yourself. Open confrontation rarely gives the desired result, you need to try to gently and imperceptibly switch the interests of the child, withdraw it from the unwanted company in which to smoke. The easiest way is to find allies among athletes adhering to a healthy lifestyle. A good coach and friends in a section or a mug can become comrades for many years, and sports will help to develop will and character. 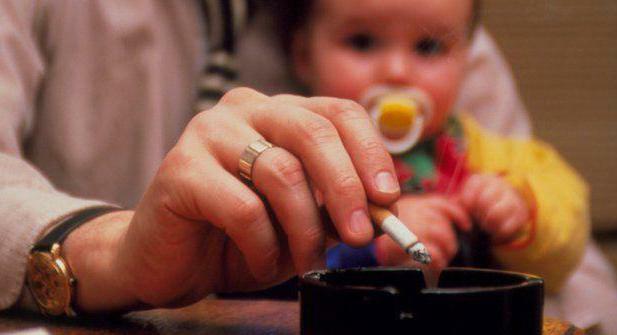 The number of smoking children is horrifying on a countrywide scale. It is necessary to strive to correct the situation by all means, replacing bad habits with good ones. The desire to try something new naturally for the child's psyche, the task of adults is to timely direct energy and curiosity in the right direction. The best prevention of teenage bad habits is a personal example. Parents should try to lead an active lifestyle, play sports and instill love for him in children from a very young age. Many forget about culture, this is another important part of our life. A joint visit to museums, theaters, viewing and discussing good movies and reading books, not on a case-by-case basis, but regularly. All this will help not to lose points of contact and maintain your own authority in the eyes of the child, to create trusting, profound relationships. 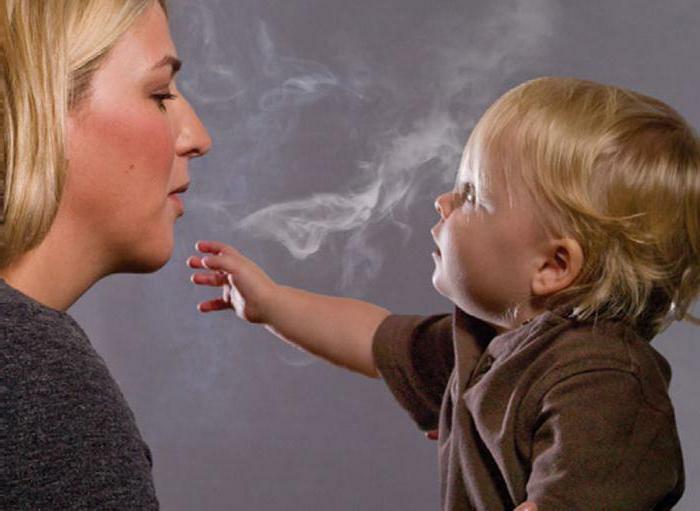 People who smoke people become yellowish, teeth turn black, mouth and hair smell unpleasant. This bad habit takes away a lot of money and free time, which can be used with greater benefit and pleasure. Everyone calculates the monetary value without difficulty, about time costs are thought less often, and this is neither much nor little, from 10 to 15 days each year! In addition, due to constant exposure to the nervous system, smoking people are emotionally unstable, they fall asleep worse, sleep is quite disturbed and is regularly disrupted by coughing and numbness of the limbs. Hardly having woken up, the smoker reaches for a cigarette to again inhale such desired tobacco smoke, especially it occurs, if it is under the influence of alcohol. This often causes fires, in which the perpetrator and members of his family die.

Of course, abandoning bad habits, humanity will not get rid of all the health problems at once, but they will be significantly less, this is a fact. A healthy lifestyle, a habit of eating right and playing sports from an early age can improve the nation and prolong youth. Children somehow repeat the way of their parents, being more strict towards themselves and their actions, we help our children to choose the right way of life. Life can be wonderful without smoking!