The respiratory system is represented by various organs, each of which performs a specific function. In it, airway pathways and the respiratory part are distinguished. The latter include the lungs, the respiratory tract - the larynx, trachea, bronchi and nasal cavity. The inner part is lined with a cartilaginous skeleton, because of which the tubes do not subside. Also on the walls there is a ciliated epithelium, cilia, which hold dust and various foreign particles, removing them from the nasal passage along with the mucus. Each department of the respiratory system has its own characteristics and performs a certain function.

Airway passages from the nasal cavity begin. This body performs several functions at once: it keeps foreign matter, which get together with air into the respiratory system, allows you to hear smells, moisturizes, warms the air.

The nasal cavity is divided into two parts by the nasal septum. Behind them are the choanae, connecting the airways with the nasopharynx. The walls of the nasal passage are formed by bone tissue, cartilages and lined with mucous membranes. Under the influence of irritants, it swells, inflames.

The initial airways are connected to the paranasal sinuses: the maxillary sinus, the frontal, the lattice and the wedge. 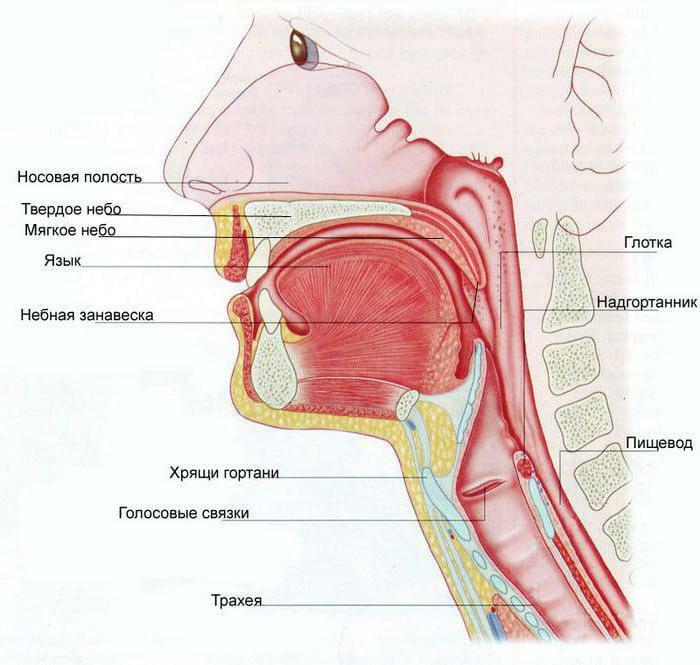 During breathing, air enters the nose, where it is cleansed, moistened and warmed. Then he goes to the nasopharynx and further to the pharynx, where the opening of the larynx opens. In the throat, the digestive and respiratory tracts cross. This feature allows a person to breathe through the mouth. However, in this case, air, passing through the organs of the airways, is not cleaned.

The structure of the larynx

Bottom of the larynx passes into the trachea. In front of her are neck muscles, on each side - vessels and nerves.

The larynx has a skeleton represented by a cartilaginous tissue. In the lower part there is a cricoid cartilage, the anterolateral walls are represented by the thyroid cartilage, and the upper opening is covered by the epiglottis. The posterior part of the organ has paired cartilages. In comparison with the front and side, they have a softer structure, due to which they easily change their position relative to the muscles. Behind are carob, wedge-shaped and arytenoid cartilages.

In its structure airways are similar to many hollow organs: from the inside they are lined with a mucous tissue.

The larynx has three sections: the lower, middle and upper. The middle department is anatomically complex structure. On its side walls is a pair of folds, between which there are ventricles. The lower folds are called vocal folds. In their thickness are located the vocal cords, which are formed by elastic fibers and muscles. There is a gap between the right and left folds, which is called the voice one. In men, it is slightly larger than that of women. 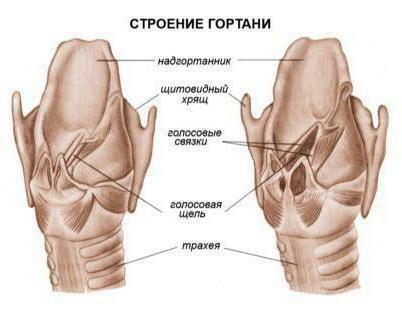 The structure of the trachea

The extention of the larynx is the trachea. This airway is also lined with a mucous tissue. The length of the trachea is on average ten centimeters. In diameter, it can reach two centimeters.

The walls of the organ have several cartilaginous incomplete rings, which are closed by ligaments. The wall behind the trachea is membranous and contains muscle cells. The mucous membrane is represented by the ciliated epithelium and has a multitude of glands.

In front of the trachea is the thyroid gland. Its isthmus is located at the level of the third ring of the trachea. Behind is the esophagus. Carotid arteries pass on both sides of the organ.

Pediatric trachea in front of the thymus gland. 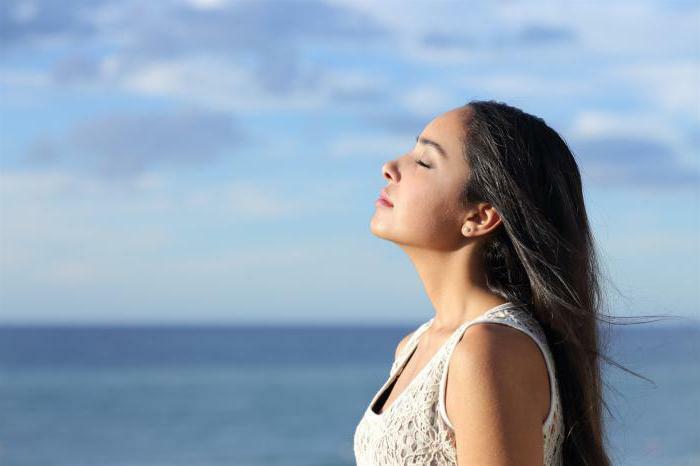 Bronchia begins from the place of bifurcation of the trachea. They depart almost at right angles and head towards the lungs. On the right side, the bronchus is wider than the left.

First-line bronches have branching in the lungs to the lobar bronchi. They are divided into segmental and further to lobular. From the latter leave the acini.

The structure of the lungs

The airways are terminated by the lungs, which are the largest organs of the respiratory system. They are located in the chest. On either side of them are located the heart and large vessels. Around the lungs is a serous membrane. 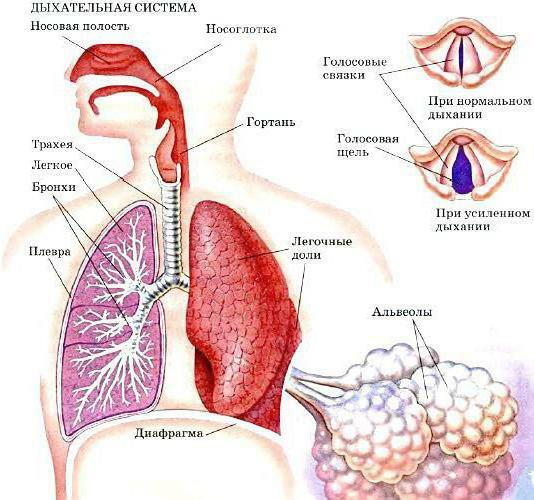 The lungs are in the form of a cone with a base directed towards the diaphragm. The top of the organ is located three centimeters above the clavicle.

In the human lungs there are several surfaces: the base( diaphragmatic), the rib and medial( mediastinal).

Bronchi, blood and lymph vessels enter the lungs through the mediastinal surface of the organ. They form the root of the lung. Then the organ is divided into two parts: the left and the right. At the anterior margin of the left lung there is a cardiac fossa.

The lobes of each lung consist of small segments, among which is bronchopulmonary. Segments have the form of pyramids, whose base faces the surface of the lung. Each organ has ten segments.

The area of ​​the lung, which is somewhat separated from the adjacent special layer, is called the bronchopulmonary segment. The bronchi of this area are strongly branched. Small elements with a diameter of not more than a millimeter enter the lobule of the lung, and the branching continues. These small parts are called bronchioles. They are of two types: respiratory and terminal. The latter are characterized by a transition to the alveolar courses, and those are completed by the alveoli.

The whole complex of branching bronchus is called a bronchial tree. The main function of the airways is the gas exchange between the air filling the alveoli and the blood.

Pleura is a serous lung envelope. It covers the organ from all sides. The shell passes along the edge of the lungs to the chest, forming bags. Each lung has its own individual shell.

There are several types of pleura:

There is a pleural cavity between the pulmonary and parietal pleura. It contains a liquid that helps reduce friction between the lungs and pleura during respiratory movements. 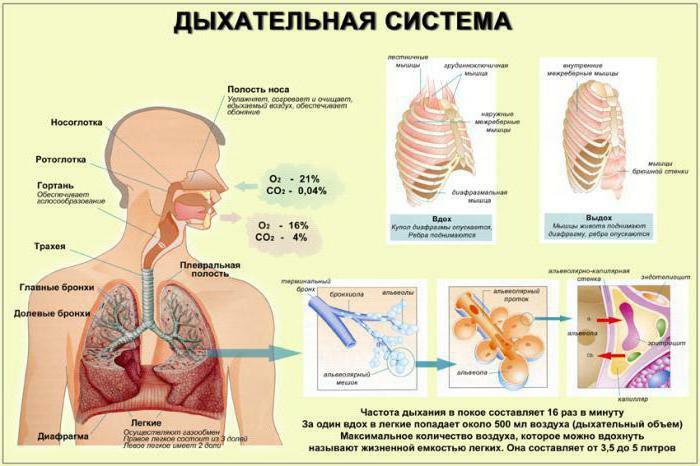 The lungs and pleura have different boundaries. At the pleura the upper border passes three centimeters above the first rib, and the posterior one is located at the level of the twelfth rib. The anterior border is variable and corresponds to the line of the rib pleura to the mediastinal.

The airway organs perform a respiratory function. Without organs of the respiratory system it is impossible to live.