Caucasian mineral waters have been popular since the time of tsarist Russia. The healing power of the mineral water does not need any proofs, it has been confirmed for centuries.

Essentuki is a balneological resort town of federal significance located territorially in Stavropol, not far from Pyatigorsk. 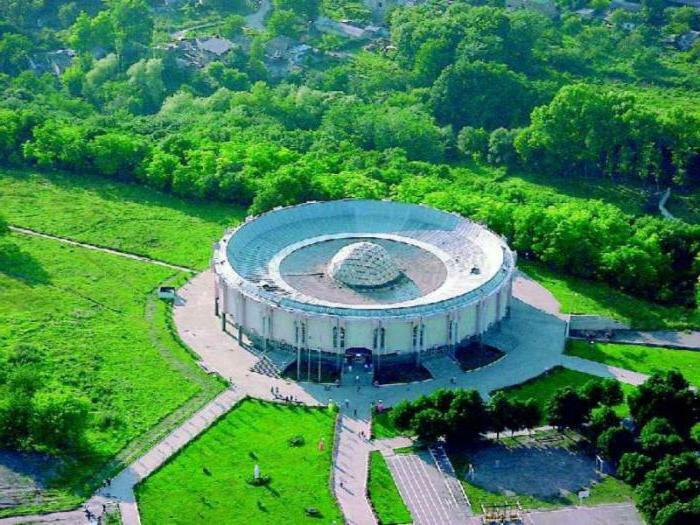 Mineral springs in Yessentuki have been found not only all-Russian, but also world-wide popularity. Annually thousands of foreigners visit the city, wanting to improve their health, cure diseases of the kidneys and liver, gastrointestinal tract.

Description of the resort

In the resort there are many hotels, health resorts, where health and treatment centers operate. Here mineral water springs in Essentuki drink, take with it baths, make inhalations and irrigation of the oral cavity. For therapeutic purposes, mud is also used. Water from some sources is a dining room drinking, you can drink it yourself, without prescribing a doctor. In some mineral springs of Essentuki, water is a medical-dining room, it is allowed to drink it only after consulting a specialist. The doctor prescribes dosage, the frequency of taking such water per day and the duration of the course of treatment.

The medicinal properties of mineral springs in Essentuki( photos of them can be seen in the article) are related to their chemical composition, rich in chlorine, hydrogen sulfide, carbon dioxide, calcium and sodium, magnesium, etc. Sources have a considerable underground length and, before reaching the surface,saturated "or enriched by volcanic gases, as well as beneficial to the body mineral salts.

At the beginning of the XIX century it was a swampy area near the river, where the Cossacks broke the village and called it Yessentuki. Once it was noticed that horses preferred to drink unpleasant to the sight water from the marshes instead of clean and fresh river. To the Cossacks it seemed very strange, they called the scientist from the capital, who went around all the sources( there were 23 of them).The name of the doctor was Nelyubin, and the numbering of sources, given to them as early as 1823, is preserved to this day. Some sources of Essentuki were unfit for drinking, others were drying up. 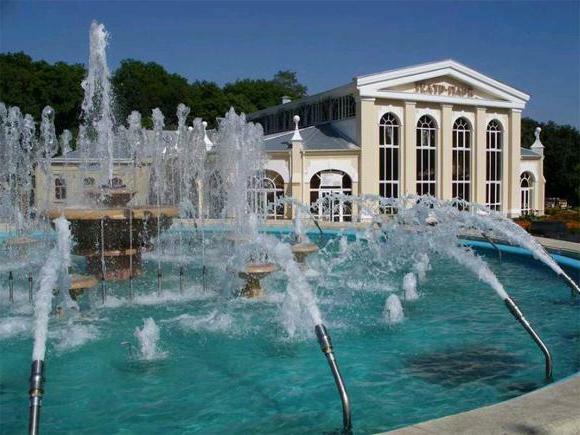 Essentuki for a long time remained in the shadow of the glories of Pyatigorsk and Mineral Waters, the composition of the water was not thoroughly studied. In 1905, the first work was started on drilling and exploration of wells. Yessentuki became popular only in 1925, when the city was improved, source galleries, and construction of health resorts.

Characteristics of mineral springs in Essentuki

In simple terms, the mineral water of this region is salt-alkaline.20 sources of Yessentuki are suitable for drinking. Sources No. 17 and No. 4 are widely known everywhere. Due to its composition, rich in not only bicarbonates, sulphates, calcium and magnesium chlorides, sodium and potassium cations, but also the content of such elements as sulfur, zinc, copper, and sources are used in the treatment of many pathologies. So, most often these are:

Gallery of this source in Yessentuki is the oldest and most beautiful, it was opened in the middle of the XIX century and is located in front of the main entrance leading to the Medical Park. Inside the building there are marble decorations and ancient Greek sculptures, the pool with water is highlighted. Low-thermal, thermal and high-thermal, heated to 25-30, 35-40 and 40 degrees, respectively, of the source water 17 in Essentuki are fed. 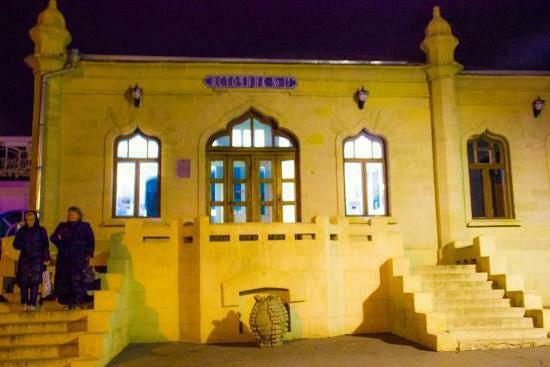 This water is enriched with Na hydrocarbonates, has a high degree of mineralization and is medicinal and drinking. There are wells with cold water of about 10 degrees and thermal springs in Essentuki( about 36 degrees).What temperature and dosage is necessary for the patient, only the doctor decides. Doctors prescribe treatment with such water for chronic gastritis, colitis with low acidity, with difficulty in intestinal motility, metabolic diseases. Simultaneously appoint exercises, physiotherapy.

Healthy people can also use Essentuki 17, but in moderation. In the water there are no calories, which is especially important because it is usually prescribed in fairly large dosages( 700-1200 ml per day for three doses).It also does not contain proteins, carbohydrates, fats.

The water of this source also contains sodium chlorides and hydrogen carbonates, but its mineralization is not as high as that of Essentuki 17.It happens warm( thermal) and cold.

The mineral water of the spring belongs to the medical-dining room, it is allowed to drink after the appointment of a doctor in cases of digestive tract diseases( gastritis, colitis), liver and pancreas diseases( pancreatitis), in complex therapy for diabetes mellitus. Water also increases intestinal motility and stabilizes metabolic processes in the body. During periods of exacerbation of diseases of the gastrointestinal tract, it is not recommended to take Essentuki-4.The main indications for drinking are related to chronic forms of illness. 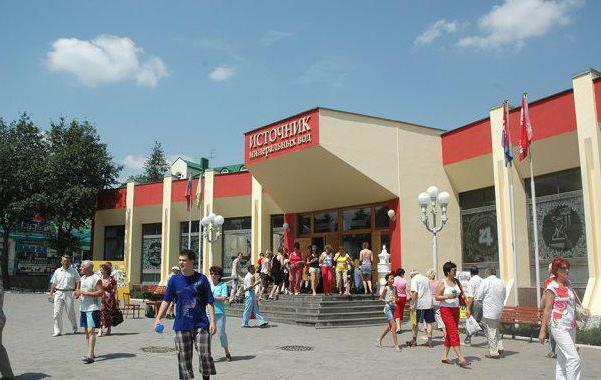 Mineral water alkalizes the gastrointestinal tract, while pathological mucus, formed by inflammation and having an acidic environment, is diluted and gradually eliminated from the body. This action occurs in the inflammatory processes of the urinary tract and respiratory system.

It is important to remember that uncontrolled water intake can be detrimental to health.

This is table water, which has a low degree of mineralization. Previously, it was extracted from a source under the same number, then its exploitation was discontinued. Now it is obtained by mixing weakly mineralized water from two sources, it is poured by the company "Old Source" in Essentuki. The company "Wimm-Bill-Dann" also has a patent for the production of "Essentuki 20".

You can drink it as ordinary water, without consulting with your doctor. It has a weak therapeutic effect in cases of disorders of the genitourinary system due to the content of hydrogen carbonates, sulfates, Cl anions, Ca, Mg, Na and K cations in it.

Water "Essentuki-Novaya" is also called "Essentuki Narzan".It is extracted from a well with a depth of more than 330 m. It is a water of about 25-26 degrees Celsius, due to its hydrogen sulphide content it has a slightly unpleasant smell( similar to the smell of rotten eggs).The discovery in Yessentuki of a source with such a composition of water made it possible to successfully apply it for the treatment of disorders from the heart and blood vessels.

It also contains silicon and hydrogen carbonates, which makes it possible to use it in the treatment of diseases of the genitourinary and digestive system. 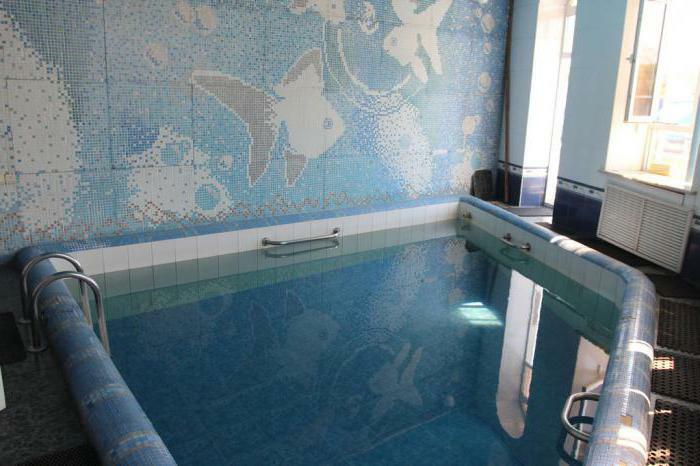 Water "Nagutskaya 26" - a medical-dining room of the "Borjomi" type. It has a very pleasant taste, refreshes well and quenches thirst. Helps with peptic ulcers of the stomach and duodenum, pancreatitis, colitis, heart and vascular diseases, metabolic disorders, and the genitourinary system.

Other mineral springs in Essentuki that have a hydrogen sulphide and complex ionic composition are used for therapeutic drinking, but more in balneology( taking baths and showers, irrigation, washing).

The territory of the park is relatively small, but very beautiful: buildings with columns, lots of greenery, alleys, fountains, flower beds. The park is divided into the upper and lower parts, which are called.

Immediately at the entrance is the Upton Gallery with lower baths. To her is attached the building of the theater-park, in which Shalyapin spoke. To the left of the theater is the Left terrace and to the right - the Right one. Here are the remains of the old source 17, which was destroyed. Nearby there is a differentiating basin, created in order that iron ions precipitate from the water of source 17.From interesting constructions there is a musical gazebo with excellent acoustics, as well as a building with a "mechanotherapeutic" hall - a prototype of a modern fitness center, in which simulators of the XIX century are located. 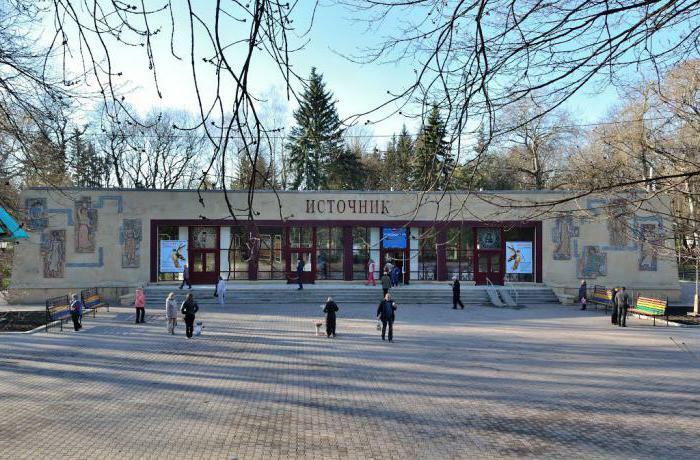 There are 4 galleries and 3 drinking pump-rooms at the source alleys in Yessentuki. The oldest gallery has a source 17, called it by the name of the architect who designed the building in 1858. The Upton Gallery serves cold, warm and hot water sources 17 and 20.

In the lower alley is the new building of the source gallery 4/2.Here water is supplied "Essentuki 4".And also from sources whose pump rooms no longer function.

The newest gallery 4/33 is opened in the center of the resort part of the city, here the water of the source 4 and "Essentuki-Novaya" is served.

Gallery from 4/17 is interesting from an architectural point of view, in which you can draw water from sources 17 and 4. The baths are located in the upper part of the park and near the gallery 17. The third and fourth are in the lower avenues of the park.

The original mineral water can only be of the producer, which is located territorially in Yessentuki, Stavropol Territory. Water is sold in a carbonated form, which allows long to keep hydrocarbons, sulphates, chlorides and cations in a dissolved state. Ideally, the water should be clear, but a small amount of precipitate may appear in the form of salts. The longer it is stored, the more turbid and less useful it becomes.

Store purchased water in a cool, dark place in closed form and preferably in a lying position. Gas from the bottle before use is recommended to release a little.

You can not drink water sources in the acute phase of digestive tract diseases, pancreas. A person should not have signs of hepatic spasm, infectious diseases. It is not recommended the use of such water in the appointment of a low-salt or salt-free diet.

In each case, consultation with the doctor is required, which will assign an adequate dose, multiplicity and duration of water intake sources in Essentuki.

The most positive feedback was received by the water sources 17 and 4. Young mothers share the experience of treating young children with biliary dyskinesia by water as prescribed by a doctor. To some, it helps after overeating on the holiday. People drink about a glass of "Essentuki No. 17" and note the improvement of digestion. 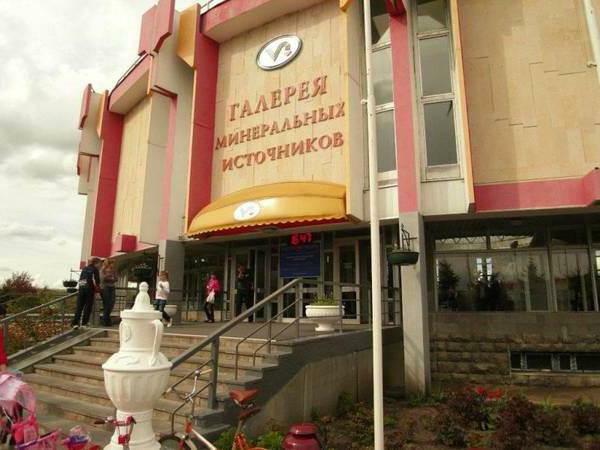 The women who have rested at the resort share their joy from the effect of rejuvenation after taking hydrogen sulphide baths in Yessentuki. They call water "the elixir of youth" and everyone is advised to undergo such procedures.

Many note that in the refrigerator constantly store 1-2 bottles of water sources No. 4 or No. 17, which is used for inhalations with a nebulizer for colds.