Despite the abundance of drugs in pharmacy chains, one of the most popular and affordable antipyretic agents are preparations based on paracetamol and ibuprofen. Other analgesics are prescribed by doctors less often. Usually this happens in those situations where the use of these compounds is impossible or contraindicated.

This article will tell you about a drug with the trade name "Paracetamol MS".Instructions for use, reviews about it will be presented to your attention. You will also find out what can be substituted for this medication."Paracetamol MS" has many analogues in different forms of production. 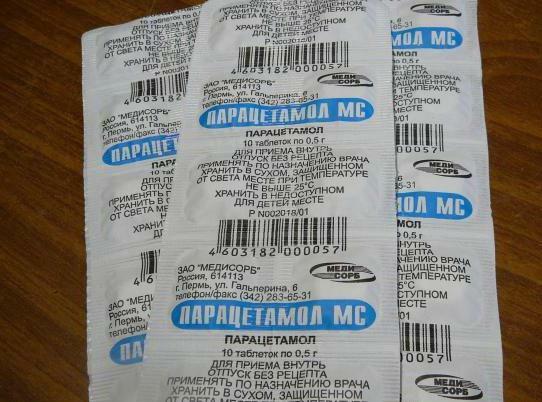 What is the drug "Paracetamol MS"?Instruction for use informs that the medicine has the same active substance - paracetamol. For each tablet, there are 200 or 500 milligrams of such a component. The medicament in question does not have any additional components. This can not be said about its basic analogues.

The cost of the medication is quite low. The drug is released in plates of 10 and 20 pieces. The average cost of such medication is at the level of 30 rubles. You can buy the product in almost every pharmacy chain. For this you will not need a prescription from a doctor. Many consumers prefer to keep these drugs in their home medicine cabinet in case of emergency.

If we talk about analogues of a drug, then drugs with an identical composition are considered first. At the points of sale of medicines, you can purchase the drug Paracetamol. The cost of it can vary from 50 to 100 rubles. What is Paracetamol MS different from Paracetamol? If you carefully study the instructions, it can be concluded that both drugs have identical indications and limitations. The active substance of two drugs is paracetamol. What then is the difference? 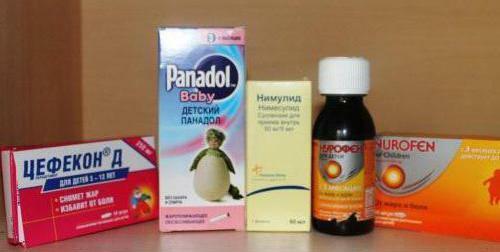 Among the analogs of the drug there are drugs based on the active substance of paracetamol. However, they also include additional substances. The most popular and sold drug is Panadol. The price of this medicine is about 100 rubles. In this case, you can buy regular pills( 50 rubles.), Effervescent soluble tablets( 100 rubles.), Syrup for internal use( 120 rubles.).Also there is a preparation "Panadol" in the form of rectal suppositories. The price of this medication will be about 150 rubles.

In pediatrics, another substitute for the described agent is widely used. It is a drug with the trade name "Cefekon D".The price of one medicine package will be about 70 rubles. The drug can be purchased at a dose of 100 and 250 milligrams of paracetamol per candle.

Has a drug "Paracetamol MS" and other substitutes. They may include additional or completely different substances. Among all the variety of drugs can be identified the following: "Teraflu", "Ferveks", "Antigrippin" and so on. Many of the medicines look like a powder for making tea.

Also to the analogues of the drug include "Ibuprofen", "Nurofen", "Naiz", "Nimulid" and so on. The cost of these drugs will be significantly higher than that of the usual "Paracetamol." 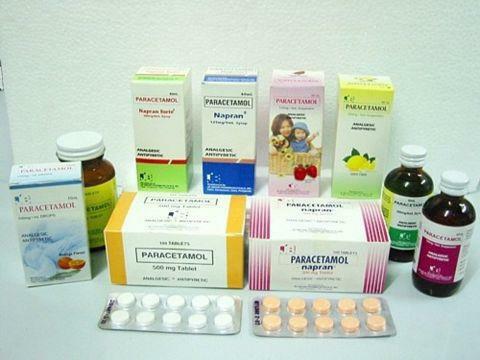 Paracetamol MS: what helps the drug?

The drug has antipyretic effect, also to a certain extent, the agent removes inflammation. It is also important that the medicine also relieves pain. Many consumers call the drug a universal remedy. Indications for its use will be the following situations:

The drug can be used in children with teething, as well as after immunization.

When is it better to stop using Paracetamol MS and give preference to its analogues? A drug is never prescribed if the patient is sensitive to its components. With diseases of the blood, liver and kidneys, the drug is contraindicated. If you previously had a malfunction of the urinary or hematopoietic system, you should always consult your doctor before use.

Medication in the form of tablets should not be prescribed to young children. To babies it is preferable to give a suspension or enter suppositories "Panadol" or "Cefekon D".The price of these drugs is slightly higher than that of conventional tablets. Caution in the use of the drug should be observed with alcoholism. Never mix a drug with a drink. 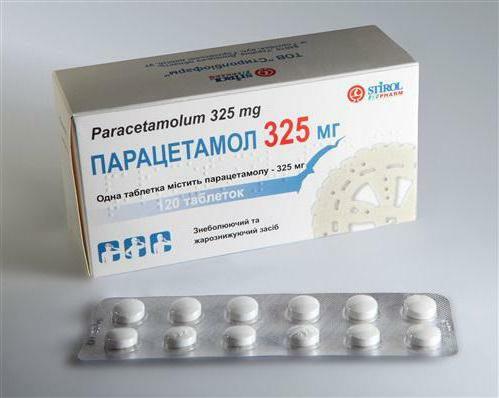 In case of misuse or overdose, the drug may cause side effects. If you observe all the precautionary measures and the appointment of a doctor, then you are not afraid.

The most common reaction is an allergy. In this case, you should stop using the medication for good. Probably, you have a hypersensitivity to the active substance. Less often, the following phenomena occur: nausea, pain in the stomach, stool. Diseases of the kidneys, liver and blood can also worsen. Carefully study the contraindications and follow the advice. If any unpleasant symptoms are found, consult a doctor for qualified help. 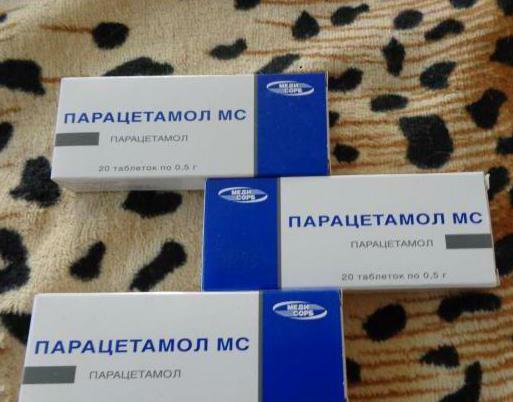 Method of application of medication

Tablets are taken orally with a sufficient amount of liquid. Adult patients and children with a body weight of more than 60 kilograms are recommended to 500 milligrams of active ingredient per treatment. A day can use up to 2 grams of the drug.

Children aged 6 to 12 years are shown 250-500 milligrams of medication per reception. From 1 to 6 years, 100-250 milligrams of paracetamol is prescribed. The newborn babies and children of the first year of life are recommended individual calculation of the drug. The standard dose is 10 milligrams per kilogram of body weight.

The medicine "Paracetamol MS" during pregnancy can be used as directed by a doctor. In this case, the expectant mother should take the minimum doses of the drug. Usually, doctors advise starting with medicines for children. In the absence of effect, it is possible to increase the dose of the drug before the adult. 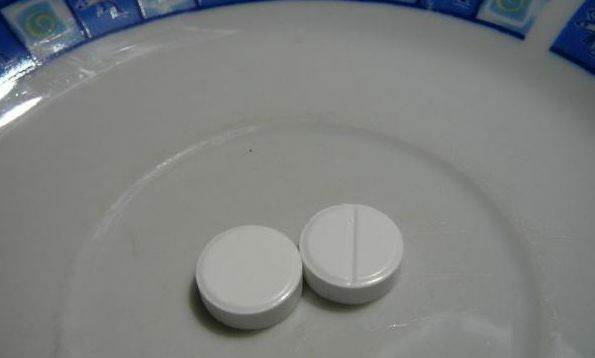 About the drug "Paracetamol MS" consumers report that the pill starts to act quickly. After 10 minutes after the administration, pain relief is observed. If an antipyretic effect is required, then it comes in about 20 minutes. Despite the information from the instruction, experts say that the medicine has practically no anti-inflammatory effect.

Doctors report that the described medicine is the most affordable among all the abundance of goods. The drug is known for a long time, it has undergone a variety of tests and studies. The safety of the drug allows you to assign it to young children and future mothers. However, in large doses, this remedy can cause unpleasant consequences. Therefore, during treatment it is not necessary to take other drugs based on paracetamol.

Do not advise medics to take medication alone for severe pain in the abdominal cavity. This symptom may be a sign of a dangerous condition. If you remove it, the doctor will not be able to correctly diagnose and make the right treatment in time. As a result, a lamentable outcome can result. 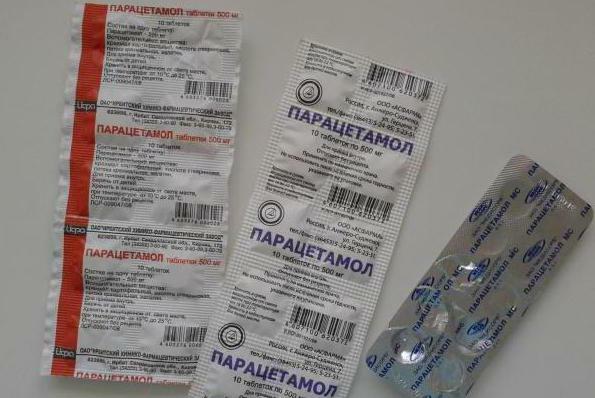 The drug with the trade name "Paracetamol MS" is one of the most accessible and safe tools for pain relief and fever elimination. This medication is on sale. Doctors advise always to keep such a medicine in the medicine cabinet. After all, you never know at what point it may be needed. The main advice of doctors is a preliminary consultation with a specialist before starting treatment. The duration of use of the described means should not exceed 5-7 days. Health to you!