Ontogenesis is the process of individual development of various organisms from the beginning of existence to the very end of life. This term was proposed by E. Haeckel, a German scientist, in 1886.In the article, we briefly consider ontogeny, its types and their specificity in various species.

Ontogeny of single and multicellular 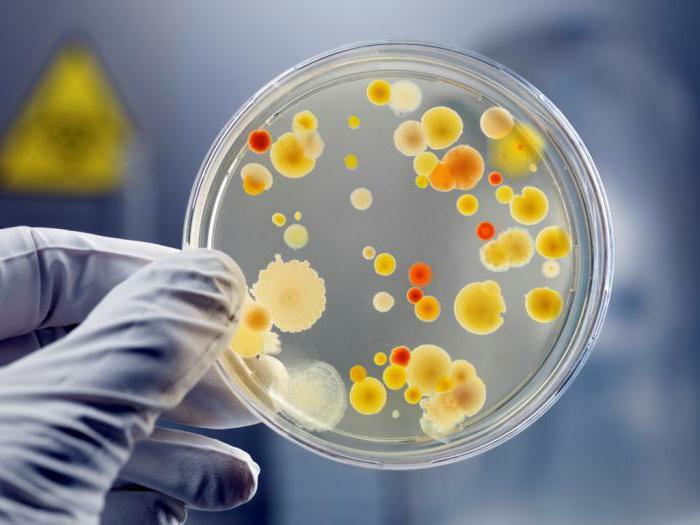 In protozoa and bacteria, it almost coincides with the cell cycle. In these organisms, ontogeny begins with the appearance of a unicellular organism by dividing the maternal cell. This process ends with a death that occurs as a result of adverse effects, or another division.

The ontogeny of multicellular species, which reproduce asexually, begins with the fact that a group of cells separates from the mother organism( remember, for example, the process of budding hydra).By dividing mitosis, these cells form a new individual with all organs and systems. In sexually reproducing species, the process of ontogenesis begins with the fertilization of the ovum, after which a zygote is formed, which is the first cell of a new individual.

Does ontogenesis mean the transformation of an organism into an adult? 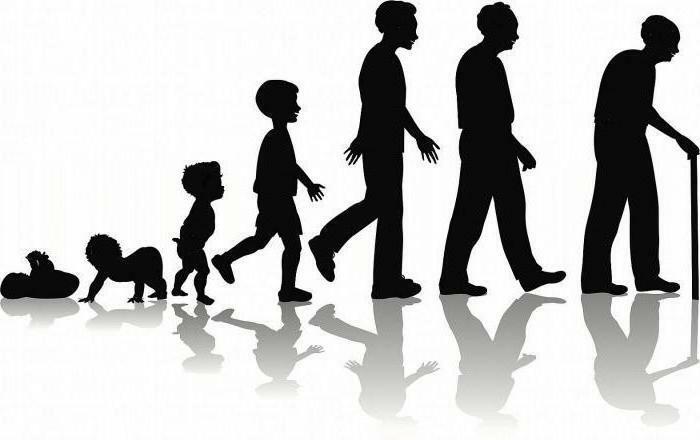 We hope that you answered this question correctly, since at the beginning of the article the concept of interest is revealed. And the types of ontogeny, and the process itself, as you remember, apply to the entire life of the organism. They can not be reduced to the growth of an individual before becoming an adult. Ontogenesis is a chain of complex processes that occur at all levels of the body. The result is the formation of vital functions, the peculiarities of the structure inherent in individuals of this species, and the ability to reproduce. Ontogeny concludes with processes that lead to aging, and then to death.

The next 2 major periods are isolated in ontogenesis - embryonic and postembryonic. In the first of them an embryo is formed in animals. He formed the basic system of organs. Next comes the postembryonic period. During it the formative processes come to an end, then puberty occurs, then - reproduction, aging and, finally, death.

The new individual receives with the parents' genes some sort of instructions, which indicate what changes will occur in the body for the successful passage of his life path. Therefore, the process that interests us is the realization of hereditary information. Next we will consider in more detail ontogeny( types and their features).

Direct and indirect ontogenesis of

In a direct type, the organism that emerged into the world is basically similar to an adult, there is no stage of metamorphosis. With an indirect type, a larva appears, which differs in its internal and external structure from the adult organism. It differs by the mode of movement, the nature of nutrition, and also has a number of other features. The larva turns into an adult as a result of metamorphosis. It gives organisms great advantages. This type of development is sometimes called larval. The direct type is found in the intrauterine and in non-parasitic form.

Let's consider in more detail each of them. 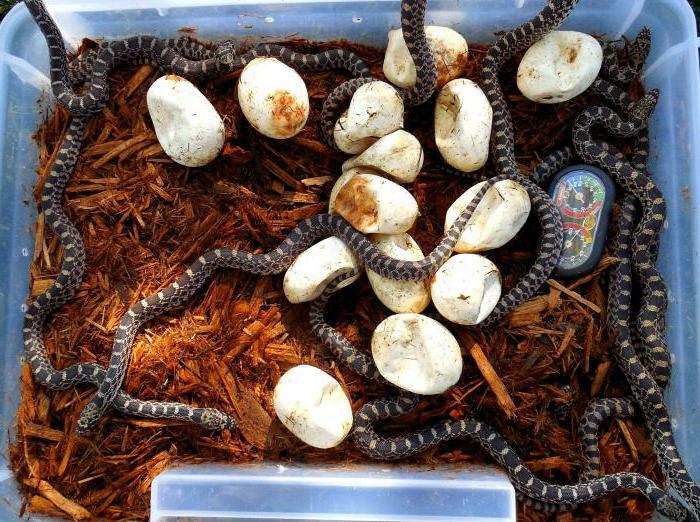 It is noted in many species of invertebrates, as well as in some vertebrates( amphibians, snakes).In the process of development, they have either one or several larval stages. Its presence is due to the fairly small yolk reserves contained in the eggs of these animals. In addition, it is explained by the need to change the habitat in the development process or to settle species that lead a parasitic, sedentary or sedentary lifestyle.

Development with complete and incomplete transformation of

The larvae that have appeared on the earth live independently. They actively feed, develop and grow. They have a number of special temporary( provisional) organs, which are absent in adult individuals. The larval( indirect) type of development happens with a complete or incomplete transformation. This division is carried out on the basis of the features of metamorphosis, which is characterized by this or that ontogeny. Its types require more detailed consideration, so let's talk about them in more detail. 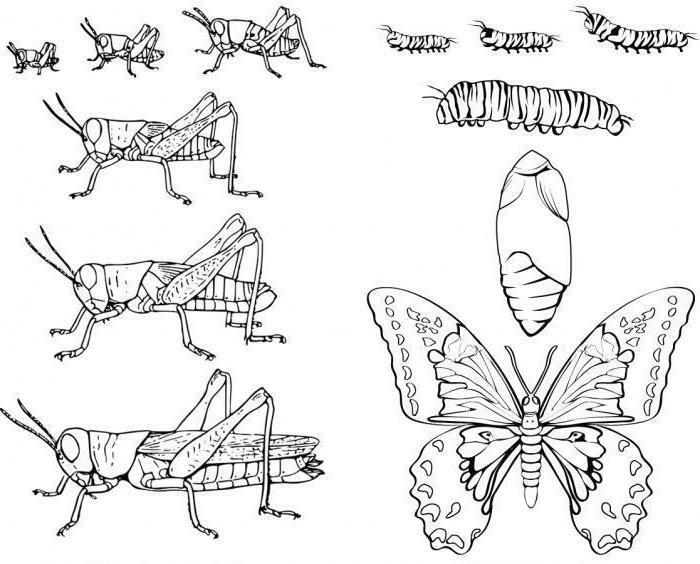 When it comes to incomplete transformation, the larva, born in the course of time, loses its larval organs and receives in return permanent, which are characteristic of adult organisms( remember, for example, grasshoppers).If development takes place with complete transformation, then the larva first becomes a motionless puppet. Then from it comes an adult individual, which is very different from the larva( remember the butterflies).

Why do we need

larvae? The meaning of their existence, perhaps, is that they do not use such food as adults, due to which the food base of this species expands. You can compare, for example, feeding caterpillars and butterflies( leaves and nectar respectively) or tadpoles and frogs( zooplankton and insects).In addition, many species, while in the larval stage, actively develop new territories. Larvae of bivalve mollusks, for example, are capable of swimming, which can not be said of adults who are practically immobile.

Development with metamorphosis in amphibians and fish 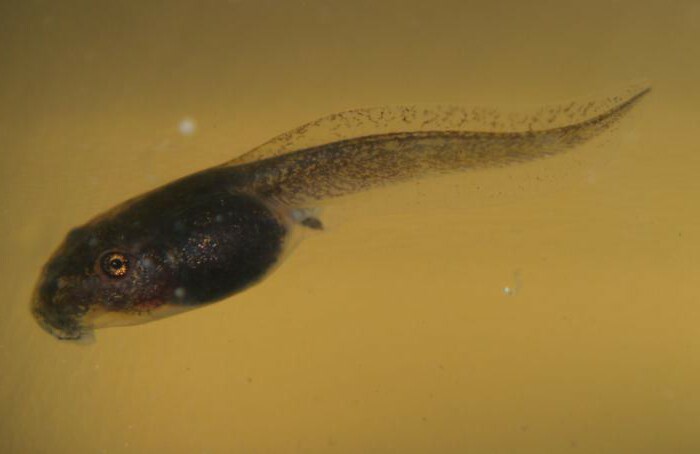 The types of development( ontogeny) that occur with metamorphosis are characteristic of vertebrates such as amphibians and fish. For example, a tadpole( larva) is formed from the frog's eggs, which differs in its structure, habitat and lifestyle from adults. The tadpole has gills, a tail, a lateral line organ, a two-chambered heart. Like fish, he has one circle of circulation. When the larva reaches a certain level of development, its metamorphosis takes place, during which signs appear that are peculiar to an adult organism. That's how the tadpole turns into a frog with time.

In amphibians, the existence of the larval stage provides an opportunity to inhabit different environments, as well as use different foods. Tadpole, for example, lives in water and eats vegetarian food. The frog eats animal food and leads for the most part a terrestrial way of life. Many insects exhibit a similar phenomenon. The change in the habitat, and hence the way of life, when moving from the stage of the larva to the stage of an adult organism, reduces the intensity of the struggle for survival within this species.

We continue to describe the main types of ontogeny and proceed to the next - direct. It is also called non-quantitative. It is intrauterine and ovipositor. Briefly, we characterize these types, the stages of ontogeny of which differ significantly from each other.

It is observed in a number of vertebrates, as well as in birds, reptiles, fish and some mammals, in which eggs are rich in yolk. The embryo develops inside the egg for a long time. The basic vital functions are carried out by the embryonic membranes - special provisional organs.

There are 3 species of mammals laying eggs, which is generally not characteristic of this class. However, the young are fed with milk. This is typical for mammals in general. They lay the eggs of the platypus( pictured above), long-nosed and short-eared echidna. They live in Australia, Tasmania and New Guinea and belong to the unit One-pass.

These animals resemble reptiles not only by laying eggs, but also by the structure of excretory, reproductive and digestive systems, as well as by a variety of anatomical features( spine, ribs and shoulder girdle, eye structure).Single-pass, however, is considered to be a mammal, since their heart has 4 chambers, they are warm-blooded, covered with fur, they feed their young with milk. In addition, for mammals, a number of structural features of their skeleton are also characteristic. 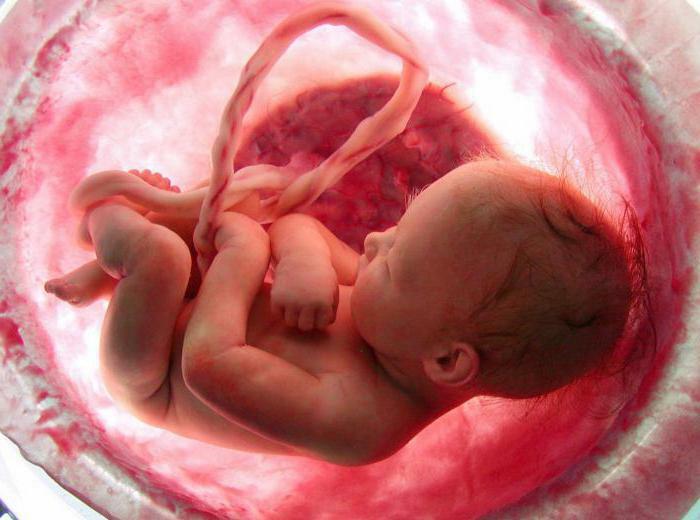 The topic "Types of ontogenesis and their characteristics" is practically disclosed by us. However, we have not yet talked about the last, intrauterine type. It is characteristic of humans and higher mammals, in the ovum cells of which there is practically no protein. In this case, all the vital functions of the newly formed fetus are realized through the maternal organism. To this end, the placenta develops from the tissues of the embryo and the mother - a special provisional organ.

This organ exists only during pregnancy. The human placenta is found in the uterus more often along its posterior wall, less often in the anterior part. Completely it is formed approximately on 15-16 weeks of pregnancy. At the 20th week, active metabolism begins to occur through the placental vessels.

At the end of pregnancy, physiological aging of the placenta occurs. It is accompanied by the appearance of sites of deposition of salts, a reduction in the area of ​​the exchange surface. The process of procreation continues ontogeny.

The types we examined were only briefly described. We hope that you found all the necessary information in this article. The definition and types of ontogeny should be well known if you are preparing for an exam in biology.